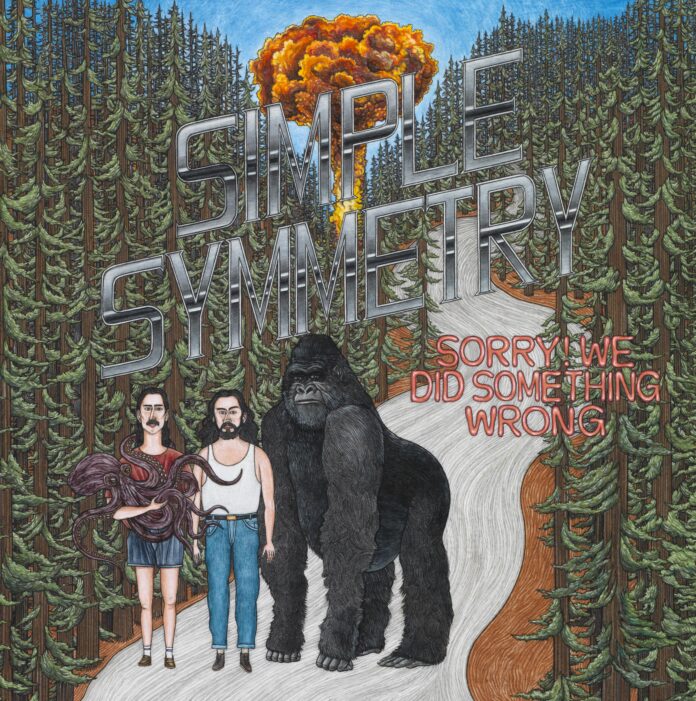 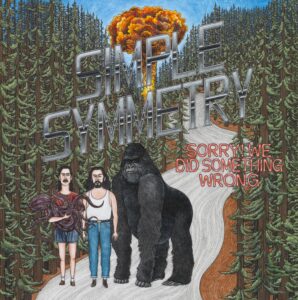 Simple Symmetry: Sorry! We Did Something Wrong

Simple Symmetry is the moniker of Sasha and Sergey Lipsky, DJs and producers from Moscow. Suggesting simplicity, the band’s name is misleading. The duo creates sophisticated pop and electronic music with a medley of ambient sounds which leads one through the maze of artistic thought.

Although the new album highlights the turn from a habitual electronic/dance music format, some tracks hint at the Lipsky brothers’ DJing background. Immersive dance vibes of Out Of Body Experience materialise from club spaces and hip venues of both Russian capitals, Moscow and St. Petersburg. With its pulse-y frame, however, the album adventurously crosses boundaries between a variety of genres. Fluttering around baroque pop, quirky ambient, sophisti-pop and experimental dance music, the record metaphorically exposes the contents of the duo’s DJ bags, exhibiting the diversity of music tastes.

The opening track is emblematic of such openness. While undulating harpsichord evokes the tuneful texture of Left Banke and Saint Etienne, the soft and heartbeat-y tread of drums suggests even deeper retrospection – from The Ronettes to Broadcast. Despite a mish-mash of music styles, Sorry! We Did Something Wrong seems to pursue a certain concept. The sequence of tracks shapes a never-ending circuit. Starting with the bittersweet apocalypse-inspired End of Our Days the album wraps up with Rounded With a Sleep which unveils the ambience that seems to be perfect for practising a corpse pose.

Most likely, the allusion to spiritual practices is congruent. The brothers’ admiration for late 60’s psychedelia runs through the musical texture as well as lyrical content. Thereby, the title of the track Out of Body Experience refers to spirit walking and astral projection. There are overtones of fantasy too. Hinted by the Monty Pythonesque cover, mysterious sea creatures co-exist with real and celebrated animals. Featuring vocals by the frontman of Soviet retro-inspired Veterok band, Octopus is a charming dream-pop number, telling a tale about a lover creeping away, making use of her tentacles. The bouncy Koko is named after a famous gorilla who, despite her origin, became a legendary guinea pig for various linguistic experiments.

Having emerged as a few sketches initially, some tracks were taking shape in collaboration with fellow artists. Iridescently sounding Oh Lord features Gil Abramov (Balagan), contributing vocals, and Igor Cavalera from Sepultura on drums. Keeping up the symmetrical architecture of dance music sound, Simple Symmetry infuse calibrated beats with elements opening portals to various directions. With celestial singing bowl, flutes and patterns alluding to Middle-East-oriented ethnomusicology, the duo creates a magical world of their own. It is all the more obvious that putting them into club music/DJ box or any strictly genre-related category is a futile task.

Sorry! We Did Something Wrong can be pre-ordered here.