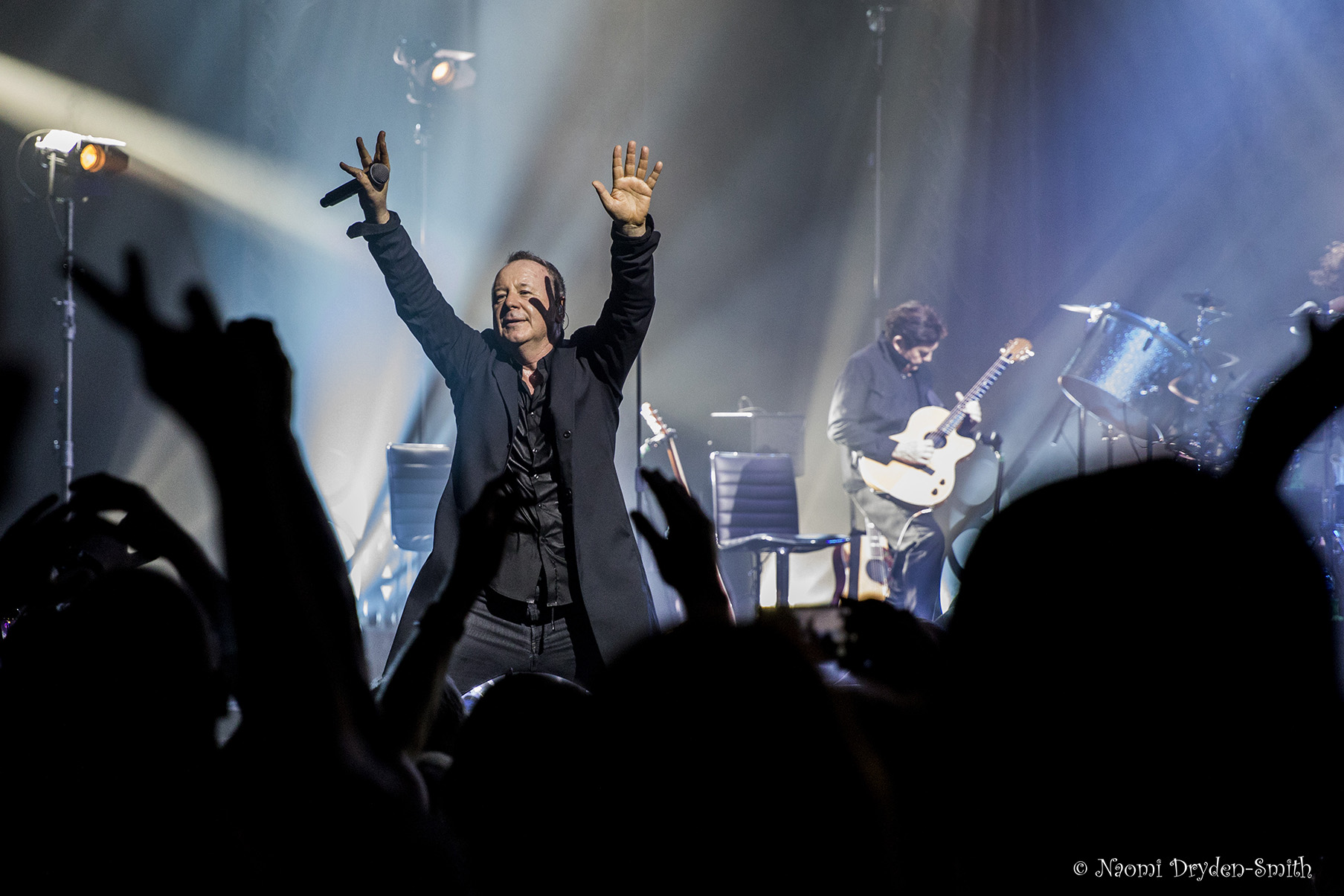 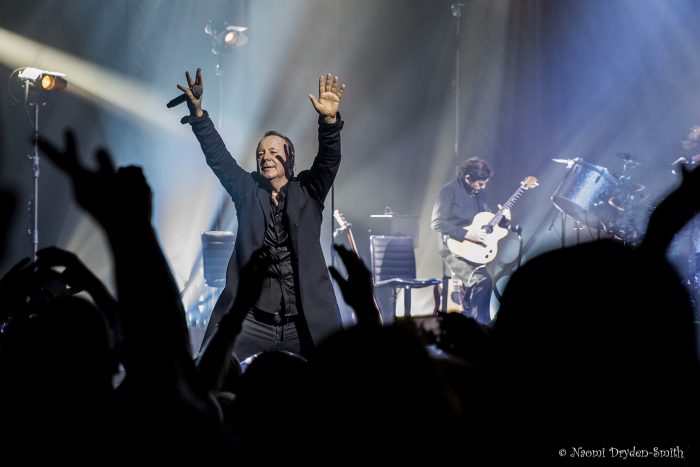 A splash of ’80s nostalgia for Louder Than War as Naomi Dryden-Smith went to check out the London leg of Simple Minds’ Acoustic tour, at the Palladium

Any nagging worries about the implications of “acoustic set” (for those who haven’t heard the album) are dispelled within the first minute with the arrival of Cherisse Osei who, bathed in gorgeous golden lighting, fills the place with astonishing tribal drumming, marking the beginning of New Gold Dream. The whole place is on its feet from the very start, and Simple Minds spend the next couple of hours demonstrating that acoustic doesn’t mean unplugged, but merely “rearranged”, Jim Kerr explaining that the acoustic idea has been lingering for the past 20 years, and came to fruition when a man in Switzerland offered “a lot of money…and… we’re Scottish”. 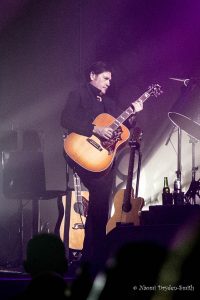 With a history of exactly 40 years, the band have honed a slick and polished performance, delivering the entire songlist from the Acoustic album, with a couple of extras thrown in. Jim Kerr is older but the smooth moves are still there, and he’s utterly engaging, punctuating every song with chat and disappearing for a walkabout before the first song is even halfway through. Charlie Burchill’s trademark, and so-distinctive guitar riffs are delivered with understated cool, instantly projecting the audience back to ’80s bedrooms and teenage angst.

Highlights include a new arrangement of Waterfront which so atmospheric it produces unexpected goosebumps. Sarah Brown’s stunning Tina Turner voice is at its height when she presides over the Let The Day Begin, taking it back to The Call’s original form, urged on by Cherisse Osei’s body-shaking drumming. Great song. It comes a close second to Don’t You Forget About Me and Alive & Kicking which, as expected, are the absolute best songs of the night, and mostly sung by the audience – Jim laughing during the “la lalalalas” of DYFAM that “it’s not an easy song to sing”. The band look genuinely delighted, and when he points to a little boy in the front row who’s at his first concert and says “when he’s 40 we’ll still be playing”, he means it.

Jim Kerr is generous with the stage throughout, and gives way to another singer Gordy Goudie, leading a tribute to David Bowie with Andy Warhol, and also shares Promised You A Miracle with the support act, The Anchoress. The final cover of the night brings a gentle tribute to Manchester with Ewan MacColl’s Dirty Old Town and the goosebumps are back, an interesting juxtaposition of imagery of gaslights and factories whilst surrounded by the opulence of the Palladium and it’s enormous chandelier. It’s lovely.

A fantastic gig from start to finish, comfortable familiar nostalgia revamped and energized to appeal to a new audience. Definitely one to go and see if you can catch the tour. 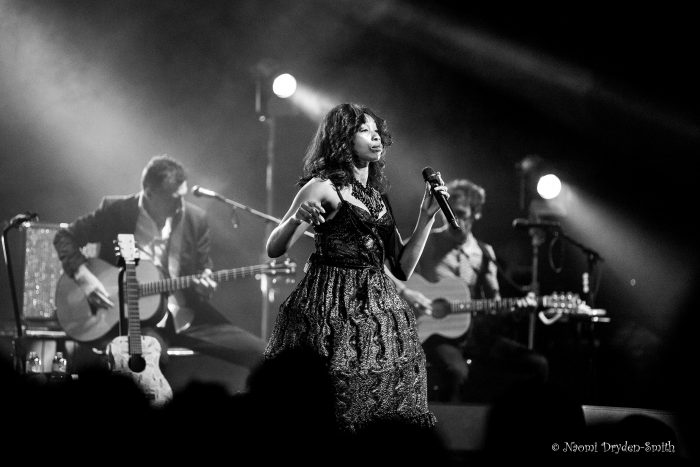