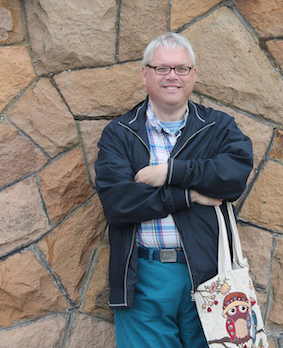 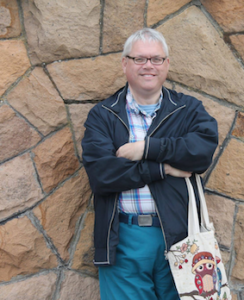 We have lost a comrade in arms.

Simon Maragh was, of course, many things to many people but came into our orbit as the beautiful soul and highly nimble bass player who stood in many times for Goldblade when brother Keith was otherwise occupied and he also played some keyboards for the Membranes.

Simon was a long term friend of the band guitarist Brother Pete and had known him since the teenage days of early eighties Birmingham where they stumbled in and out of many youthful bands. The fast and thrilling days of a post punk skinny youth and angular songs were very much part of their background and backdrop. Even then Simon’s insane knowledge of the minutiae of seventies pop culture stood out in the knowledge hungry crowd.

The affable and gentle presence of Simon finally succumbed to the cancer that he was fighting in all the ten years that I have known him. The dread disease was beaten back a couple of times only to return with a renewed vigour and has taken down this gentle person whose  passion for music and the seventies made him both a great bass player and a walking encyclopaedia of that decade’s culture as well as great company and a rock steady presence on stage with truly great bass playing.

He seemed to have memorised a whole decade of knowledge from giggling at footballer’s bizarre seventies birds nest hair cuts, the catalogue numbers of every glam record that existed and every catalogue number, sleeve note and piece of artwork from that garishly brilliant dayglo decade.

In many ways the wonderful Simon was still living very much in that time of youthful innocence. Listening to that receding into the ghosts of time soundtrack and living on those Saturday night teatime treats of crisps and marshmallows, he was a walking, talking reminder of the decade where we were all shaped by the world that was still glowing.

We will miss this fountain of knowledge, his affable presence, his genuine golden heartedness and his ability to memorise anything from scraps of conversation, memorabilia and Goldblade basslines.

See you on the other side mate.