Home News Simon Gallup ‘no longer a member of The Cure’ 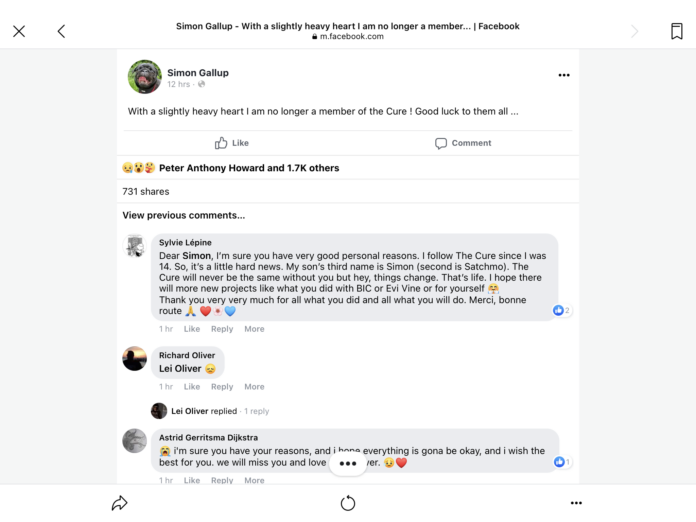 The Cure’s legendary bass player Simon Gallup seems to have  left the band or is ‘no longer a member of The Cure’ according to a post on his own Facebook page. Not officially confirmed yet by the band but the post 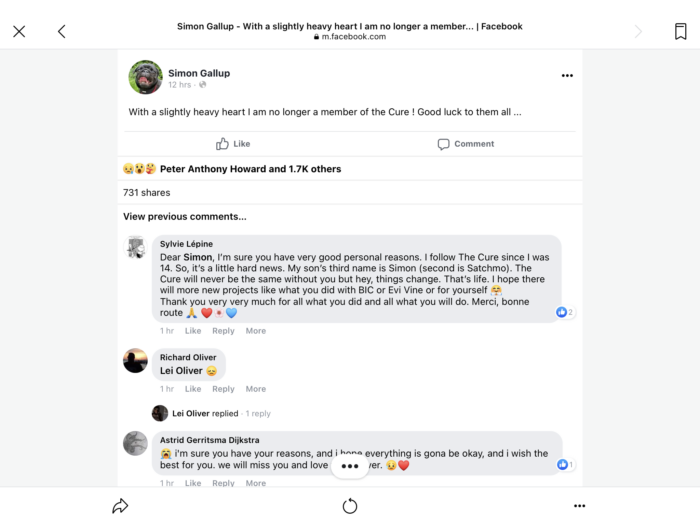 seems to  be pretty final. It’s a shock to fans as the bass player was core to the group along with Robert Smith and his brilliant bass playing a key element to the band’s sound. He has left before after a fall out after the Pornography tour and returned  but that was decades ago…where that leaves the new album is anyone’s guess or if there can be some sort of truce? Or if the post was hopefully in jest?