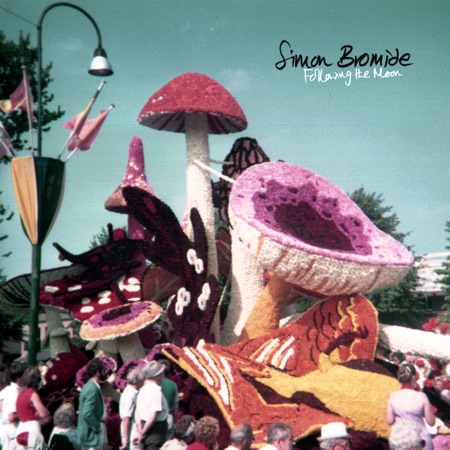 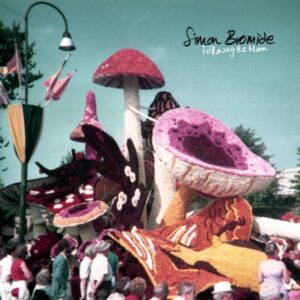 Frontman of South London indie pop / power pop outfit Bromide releases first album as a solo artist.  For fans of: Teenage Fanclub, Elvis Costello, The Church.. says the PR.  Which is more important, the singer or the song?  Do obvious influences matter and does familiarity breed contentment? … asks Ged Babey, who is going through his melody and Dylan phase still.

What is your favourite ever song?   And why?   Is it the singer, their voice,  the song lyrics, the music, the poetry, the memories attached to it, the relatability…? All of the above. Or is it that indefinable, intangible quality – what used to be called ‘the x factor’ before that fuckin’ TV talent show redefined and degraded what the phrase actually meant. (This is mine by the way.)

If you absolutely love a particular song – does that mean you will seek out and listen to every single thing that artist does? Or will you just wait for the next ‘great’ song to come along?

I am a great believer in loyalty to an artist. If they’ve written one song I love, ( ….and their intent is art rather than commerce) then surely there are gonna be more. The ‘For Fans Of’ thing is more problematic. I am more one for psychic connections and happenstance. Just because a band claims to be influenced by a raft of bands I like, really doesn’t mean I am gonna like them.

Reading through the various other reviews of Following the Moon (which came out in December 2021 – I’m late to the party)  every writer has a different comparison to make in terms off Simons sound and style: Teenage Fanclub, Nikki Sudden, Ray Davies, XTC, Shack, Lloyd Cole, Red House Painters, Johnny Marr, Trashcan Sinatra’s … with me it was the vaguest hint of Peter Perrett which drew me in. (As well as Vive Le Rocks Joe Whyte insisting I listen to it!)

The opening chords of track one, Waiting Room are wonderfully redolent of The Only Ones.  The laconic delivery and a lyric in which the narrator bumps into his younger self in the back streets by Leicester Square and tells him not to worry, sealed the deal. This is my kind of singer/songwriter.  The fact that his adopted surname is the name of the band he normally fronts should have been the vital clue.

(Coincidentally Simon Breed -formerly of the band Breed) is another unheralded genius songwriter also adopted his bands name as his second name: it’s an abbreviated CV I guess.)

This is a really good album.  Simon is the kind of artist who gets referred to as ‘literate’ and ‘erudite’.  Great, idiosyncratic songs performed with a bit of personality and a litany of reference points.  It’s Songwriterly, if there is such a word… But cool. It has a loose vibe  in keeping with the Open Mic Night, a pub full of mates and music obsessives portrayed in The Skehans Song –which is perversely the centrepiece of Following the Moon, when it should of course be the title track.

Paying homage to one of South East London’s longest running acoustic nights – The Easycome – a unique fixture in the South-London music scene. Run by Andy Hankdog (a.k.a. Hank)  he created a space where music can flourish. Simon says...

“The idea for the song just appeared at the club one day when I started singing about some of the regulars.. then the chords arrived and it felt like a fun idea to write a kind of list song about these characters that went down to watch and take part. Similarly when we came to record it we tried to capture the atmosphere of a sometimes noisy pub with this thing going on in the corner.”

That is great innit? A bit of a Bowie-ish Beta Band maybe and a sort-of All the Young Dudes relocated to a boozer full of middle-aged muso’s and hardened drinkers.  I hate that bubble-effect in the video incidentally (it gives me flashbacks maan), but absolutely love the song. It’s a classic, although I would argue that the weekend is not on-it’s-way until Friday morning.

The Argument is another album highlight – musically the combination of Spanish guitar and Terry Edwards on mariachi trumpet and an Ennio/Love vibe in the middle of a song is always gonna be a winner.

A song entitled Chinua Achebe after the author (I had to google I am ashamed to say) is a great story-song which just has to be based on real-life events.

The closing track ‘Earth’s Answer’  is a poem by William Blake set to music very artfully.

There is strong Ray Davies feel about Bromide songs – which to my mind is always eminently preferable to too many Beatles influences.

There are lyrical breadcrumbs dropped as clues throughout the album. Mentions of Hendrix, Nick Drake and Led Zep (albums on either side of a C90 nostalgia-hounds). The opening chord change is not actually the Only Ones at all, it’s Can’t Put Your Arms Around A Memory…

There is so-much in Following The Moon it takes a few listens to gradually unfold.  There is a lifetime of music consumption and absorption, years of writing, emulating, adapting and developing a style that encompasses the great and the good and yet is his own..

Lyrically smart, musically lush, loose and luxuriant. Following the Moon is much more than the work of a slightly soppy, psychy, singer-songwriter – Simon Bromide is a talented contender in an over-saturated market. But an artiste who does have that indefinable special quality (which cannot be mentioned by name) about his songs. One day Bromide will write his own equivalent to Perfect Day or Mr Brightside, Bittersweet Symphony or  Life On Mars…. or maybe a Life Is Still Sweet.

In the meantime, the songs on this album, particularly Skehans, get pretty damn close…

Buy on Vinyl from Cargo

I am the songwriter. I writes the songs  / For a twisted world to sing and cry along / I’m the tortured poet, the tragic hero…

I was talking to Mr Bromide online and brought up the subject of this, obscure, but absolute genius song by John Wayne Army (North London band from Late ’90’s) – suggesting he should maybe cover it at his favoured open mic night.  His reply, name-dropping, was:

“Ha!  Can definitely imagine it down Skehans – possibly Lias (from Fat White Family) singing it.. even sounds like him a bit!”