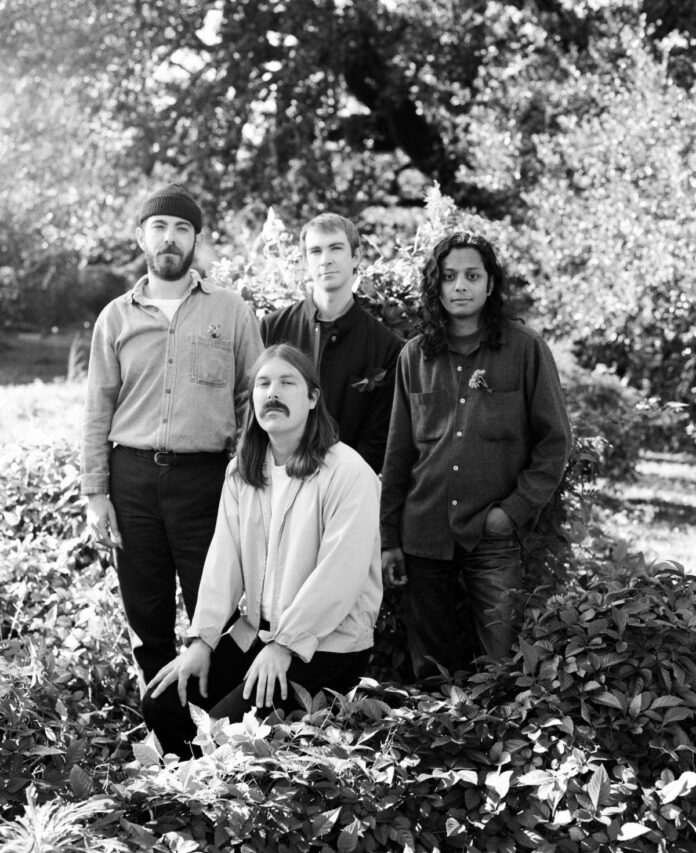 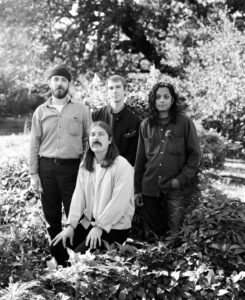 New Orleans sun-drenched psych band Silver Synthetic have announced the release of their debut self-titled album on Third Man Records with a video for their song In The Beginning.

The song, the first taken from their debut album, drips in the Laurel Canyon 60s psych, blissfully wandering through winding paths of blossomed woodland willows. It harks back to a simpler time, carefree wisps of fleeting smiles that shine in the late-afternoon sun and float on the coastal breezes. Classic pop licks indebted to country stylings tussle in the dust with Verlaine/Lloyd guitars glowing through warm valves. It’s stripped back and relaxed, bathed in the minimalistic sound that comes from cutting out all unnecessary static and noise from the hecticness of modern life. A respite certainly needed.

The album, released in April, comes on the back of their previous EP, Out Of The Darkness. The songs, primarily from garage-punks The Bottomfeeders’ Chris Lyons are stripped of the riot fuzz-rock they’re known for, caught the ear of Kunel Prakask of Jeff And The Brotherhood and, along with drummer Lucas Bogner (also of The Bottomfeeders) and bassist Pete Campanelli, the quartet set out to see Lyons’ sketches to fruition. The result is simply wonderful.

“’Are you living, or loving the life?'” the band asks. “Everyone asks themselves this kind of question at some point and this video explores a character who doesn’t really have an answer. We don’t have an answer either and that is ok! Let’s call it an optimistic nihilism.”

The album will be released on vinyl, CD, and Bandcamp-exclusive cassette on April 9th. Limited-edition sunrise swirl vinyl will be available at TMR storefronts and select indie record stores in the US & UK.