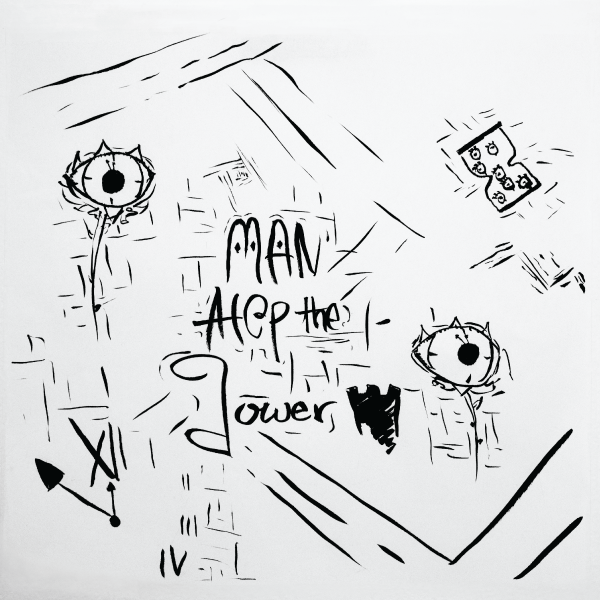 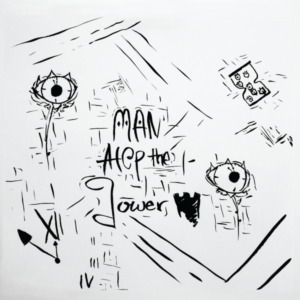 Signor Benedick The Moor: Opus 3 – A Man Atop The Tower (Juicy Records)

Signor Benedick The Moor’s new album is challenging and genre-defying, a mish-mash of adventurism and daring.

Last year this writer had the honour of covering Signor Benedick The Moor’s El Negro album for LTW, an album which stayed in my top ten albums-of-the-year list and which, it turns out, ended up being the best “hip-hop” album of the year (in my own opinion).

So I was extremely excited to hear this, Opus 3 – A Man Atop The Tower but also slightly filled with trepidation. I mean, would it be able to follow in such grand footsteps? Would Signor be able to continue this run of form? Would he finally succumb to commercial pressures and release an album that guaranteed chart positioning or mainstream radio play? Well, I am extremely pleased to announce that not only is he still following his own artistic beat, but he has with this release gone even further sonically and lyrically delivering an album that is ambitious, courageous, witty, and deeply emotive.

Opus 3 is, as the title suggests, a grand statement that revels in cinematic imagery and is unashamedly literary in detail. The album unfolds and develops like an immersive book, making it impossible for the listener to turn away or be distracted by meaningless life thoughts.

Starting at a frantic pace, A Boy A Man A King, uses pulsing bass and scatter-rifle fire lyrical dexterity to set the tone immediately making you sit up, engage, and commit. Narrative wise we are drawn into a world that is a mutant hybrid of medieval and futuristic with themes of insomnia and war making it dark and menacing. Are we to trust this narrator? Is what he is discussing real life experience or just the lucid imaginings of someone suffering from delusions brought on by depression and prescription medication? Instead of using the tired cliches of rhyming about modern day urban gangster life, Signor twists it so that it becomes a universal story told from the perspective of young men throughout the ages who have suffered in warfare. Whether that be from medieval times through to the “Great” War or up to the current conflicts in the Middle East, the point is simple…War Is Hell. As the song reaches its hymnal conclusion with waves of synths lifting us up into the beyond you are left with a sense of entering another plain, a world where Norse Gods are worshiped and feared. We’re not in Kansas anymore…

Follow up songs, The Emperor’s Plight and The Empress’ Obscurity send us even further into a land of dusty tales, where murder, betrayal, and infidelity are rife. Shakespearean in their scope, the images that these two songs invoke, along with the mish-mash musical adventurism that flitters between Rock, Noise, Soul, and Funk, are vivid and technicolour.

Side B sees a switch in tone as we are eased in with a beat that has descended from G-Funk but as soon as you start to settle in, random bursts of percussion and synth leave you wrong-footed once more adding a Carroll surrealistic edge. Are we dreaming?

An Heir Of Dissonance comes sneaking in on a more traditional note, rolling along with acoustic guitars deployed which bring to mind bands such as Tiniwaren and Goat. Signor’s vocals are distorted and distant, hovering in the background like some smack-riddled Jiminy Cricket whose motives are dubious at best. A spook from beyond trying to reach us through our speakers to inform us of what lays behind.

We are then treated to sudden mood change in the form of Dreams (The Collective Conscious Chaos Project) a strummed acoustic lament that helps refocus and calm our thoughts before the album closes with Dawn, a more traditional R&B number that brings us back to the here and now.

Signor Benedick The Moor is a vital artist. A young man who’s autocratic creativity and displays of intelligence link him to other genre-defying artists such as Prince or Captain Beefheart. His obvious love of stories (fiction or historical) and his gift with narrative arcs make him at once cerebral and soulful. An old head on young shoulders, he should be nurtured by whatever label he works with. Left to his own devices and with no corporate influence and pressures, he may go on to become one of the most progressive artist of the decade. I for one will look forward to whatever he decides to do next.

Signor Benedick The Moor’s Bandcamp.  He’s also on Facebook and tweets as @sbthemoor.