Home Music Sign This! Petition to Save Iconic Bristol Music Venue The Fleece 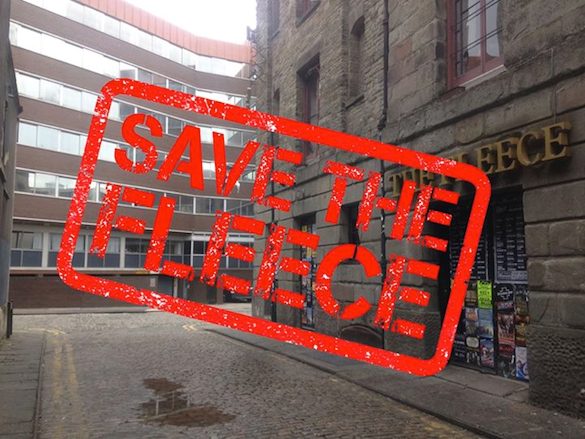 I’m getting a bit pissed with the number of times I’m having to put posts like this up on Louder Than War. ANOTHER vital music venue on the UK touring scene, and one much loved by bands and gig goers alike, is in danger of being made to close its doors. This time it’s The Fleece in Bristol which faces potential closure if new flat developments are approved. A petition has been launched to hopefully save it. Please get a move on to THIS LINK and add your name.

As a sign of how well loved The Fleece is there were 13,000 signatures in the first 5 hours of the petition being launched. Bristol and touring bands the world over need venues like the Fleece now more than ever. So please sign the petition folks – and share both it and this Facebook post with all your friends.

This online petition has been launched to save one of the UK’s best-loved independent music venues, The Fleece, which faces potential closure if new flat developments are approved.

The proposed scheme to convert an office block to approx 80 privately owned flats would leave the iconic live music venue in a nightmare position where people’s bedrooms would be located within 20 metres of the stage.

‘The Fleece has thrived as a venue for 32 years. One of the key factors in its success is its location. The lack of residents in the surrounding streets has meant the venue has been able to offer live music 7 nights per week and club nights until 4am at weekends without disturbing anyone. During its entire history The Fleece has not had any issues with noise complaints. If the huge office block located right next door is given the green light to be converted into approx 80 privately owned flats we would anticipate a deluge of complaints as soon as people move in.’

So please show your concern by signing this petition!