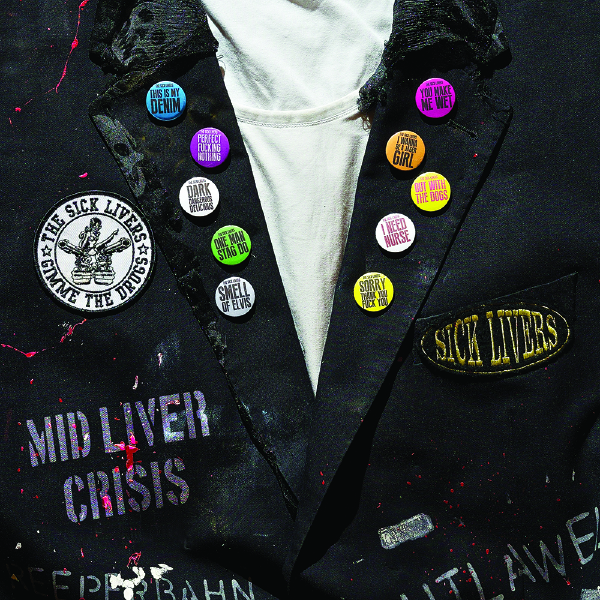 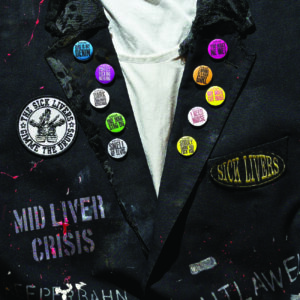 Due out 1st August

South Wales’ glam punk anti-heroes The Sick Livers have a new album out which, for Louder Than War, Martin Haslam’s been listening to.

It’s always heartening when you enjoy an album that someone sends you. Firstly, they’ve taken the time to read some of your reviews (it’s nice to know someone does). Secondly, I’m a fussy old git. I do think that the older you get, you’ll compare new music to the greats of the past and be regularly unimpressed.

I was initially wary of the name. The Sick Livers; almost novelty sounding. When I read that their album ‘Mid Liver Crisis’ had been recorded at ‘Le Pub’ in Newport, I was positively wary. Well, yes, there is a whiff of beer crates about the songs, but they are saved by two things. One; there’s a stockpile of catchy riffs here. Two; the band are obviously enjoying themselves, something lacking from a lot of music these days. It’s not big, it’s not clever, it’s not slick. Neither is Zodiac Mindwarp, AC/DC (with Bon), The Stooges or Ramones.

So, songs about drinking, shagging and, er…that’s it, I think. Oh, and smelling like Elvis. It’s unreconstructed, made in Wales, and probably all the better for it. Like The Black Spiders, but better. Ten songs, if you like one, chances are you’ll like them all. Cracking.

‘This Is My Denim’ kicks off with an ode to the naturally beer/sweat stained garment of the genuine rocker. “There are many like it, but this one is mine”. Barstool philosophy set to a “sha-la-la” refrain. ‘Perfect Fucking Nothing’ ramps up the riffing, with a chorus reminiscent of Goldblade. ‘Dark, Dangerous And Delicious’ is, according to Charlie Harper, “the best song Hanoi Rocks never wrote”. Not sure about that; almost, but its simple riff does swagger with intent and the keyboards give it added colour.

‘One Man Stag Do’ is Iggy with a cheap rider; energetic good fun. ‘Smell Of Elvis’ with the bass break down must be made for the live show; you’d be down the front, pogoing. ‘You Make Me Wet’ is self-explanatory, similarly, ‘I Wanna Be A Jager Girl’s chorus won’t surprise you, but the caveman riffs are infectious. Ross The Boss would approve.

‘Out With The Dogs’ includes more pounding keys to a Thunders style solo. ‘I Need Nurse’ doesn’t say whether it’s an actual one or Night Nurse, either is possible. And so, we end with the genteel ‘Sorry, Thank You, Fuck You’. You get the picture. Simple but effective, made for a hot, sweaty club near you/me. Get down and get with it.