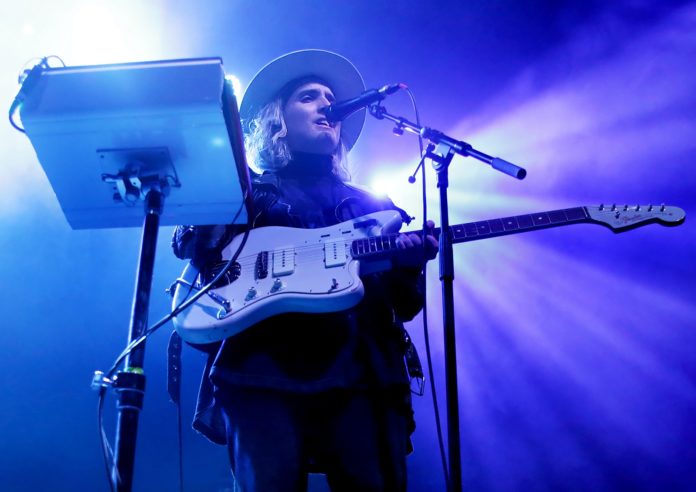 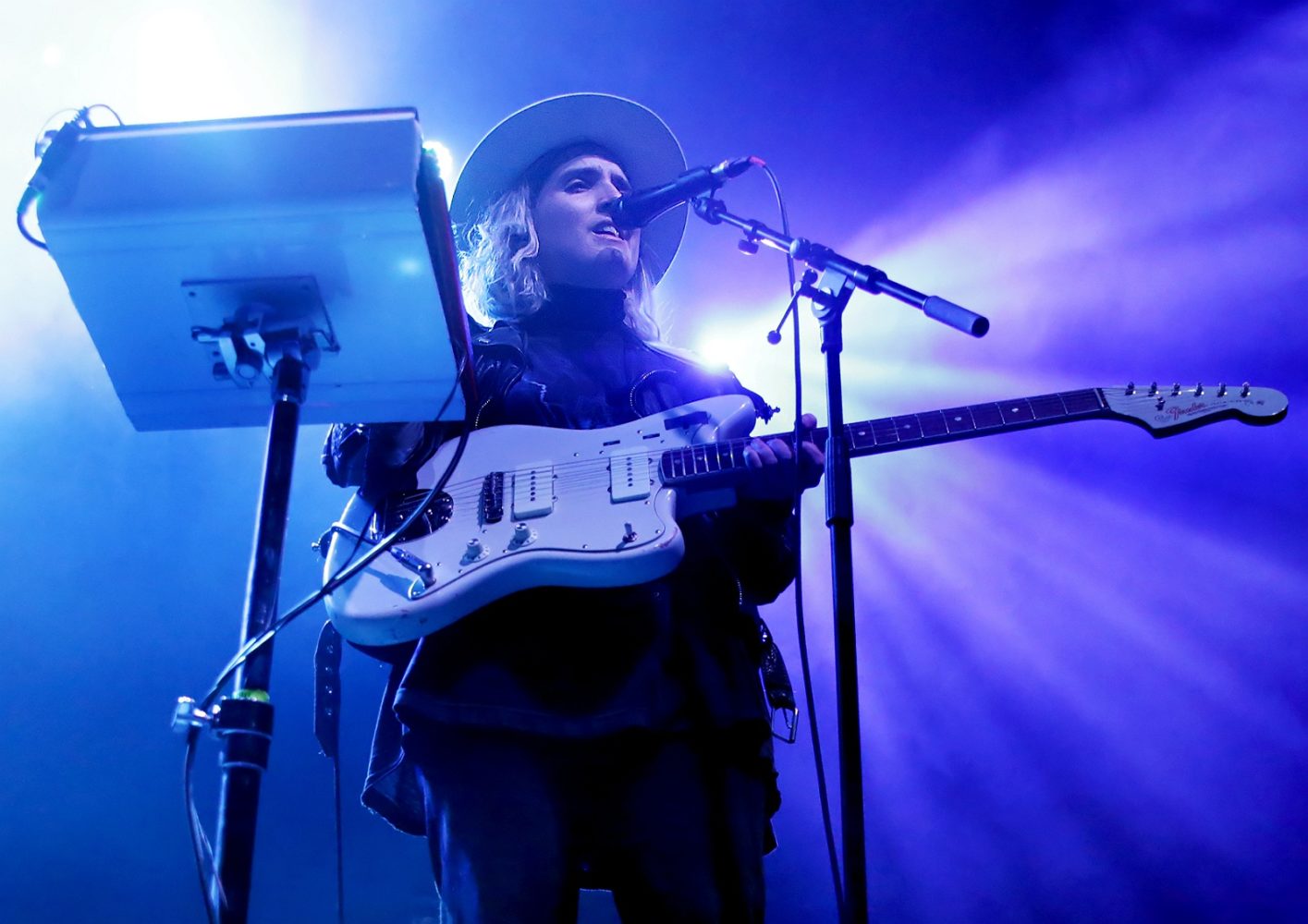 Not many pop stars make the switch from top-level football to music but Shura has always been her own woman.

Shura grew in Manchester where she was on City’s books as a promising junior footballer and her brand of moody electro-pop deserved better than a half full Ritz.  Although that didn’t deter a mixed crowd of LGBTQ fans, who admire Shura’s openness that is the focus of her criminally neglected second album ‘forevher’, and pop lovers who enjoy decent tunes full of angsty lyrics.

Despite being back on home turf she seems oddly nervous joining her guitarist/keyboard player and drummer on a moodily lit bare stage, but while the numbers were low the enthusiasm levels were anything but muted. Shura maybe London based these days, but she notes as she picked up her guitar if you go through puberty in a city then it becomes your town forever. 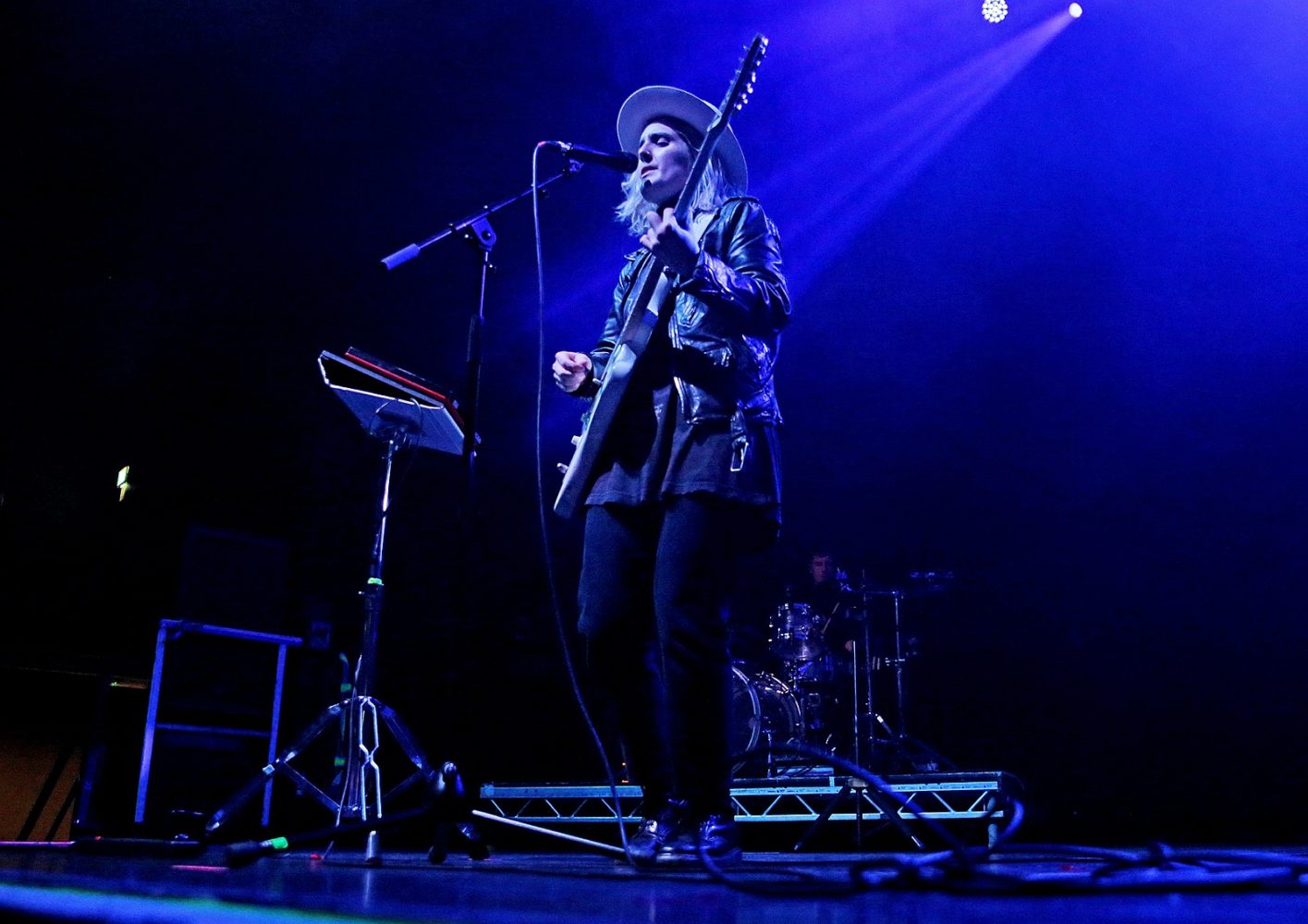 She took a moment to remember being in this venue doing some underage drinking at a gay club electing some giddy whoops from some who might have done the same. Side Effects with its infectious chorus set the tone as Shura suggested it’s about spending nights in Airbnbs with her girlfriend.

There’s not many gigs where an overexcited fan shouts out for the artist to speak some Russian, and Shura was happy to oblige as she is fluent thanks to her actress mum.  As Shura started to relax her natural openness came to fore introducing Flyin’ as being about her fear of being in a ‘tincan in the sky’, but listening to the heartfelt lyrics it is actually about something much deeper. 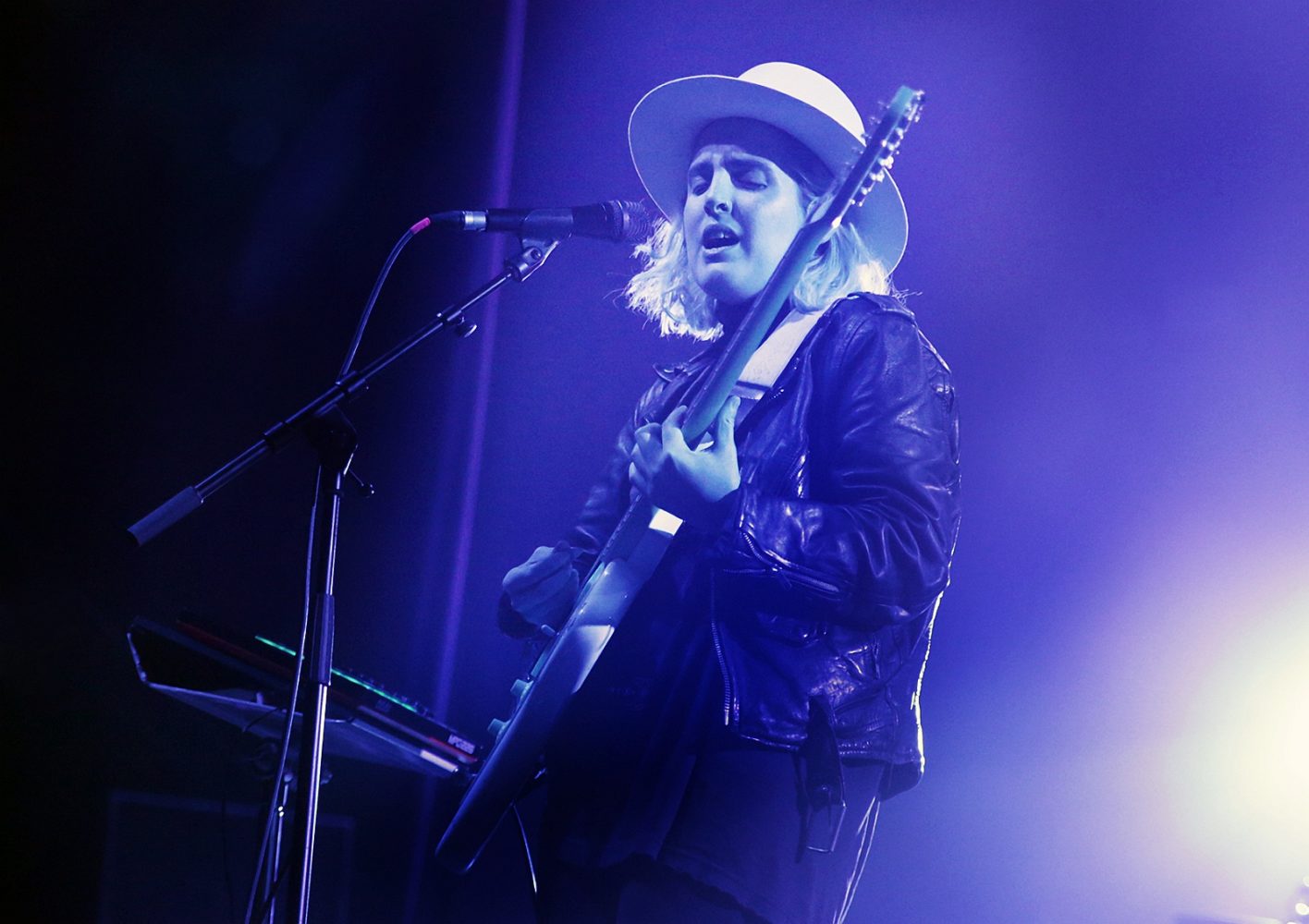 Shura says her career started aged just 15 singing ’sad songs out about being a lesbian’ just down the road at the Thirsty Scholar pub open mic, and she dedicated The Stage to all those out on a date in the room

Her early big ballad single 2Shy, from her Top 20 debut album ‘Nothing’s Real’, got the crowd moving as she recalled heading down to the gay village with her mates as a teenager, trying to work out who she was, which certainly struck a chord with a sizeable portion of the crowd.

The atypically upbeat Touch had hints of Madonna when she actually mattered getting arms shooting into the air as Shura jumped down off the stage to high five the fans, and followed it with White Light, which she noted was about ‘being gay’, but then all the songs seemed to be in different ways. She finished with an elongated version of Skyline, Be Mine that also closes her new album as Shura bashed out the riff on guitar

Let’s hope the organisers of Manchester Pride can find a place on their bill next year for a hometown artist as her honest and smart electropop speaks directly to a part of the community manufactured pop just can’t reach.

Review and photo by Paul Clarke, you can see my author profile here:

Thanks to Sakura for the use of her photos – sakura@rockphotographer.net you can find more of her work here: