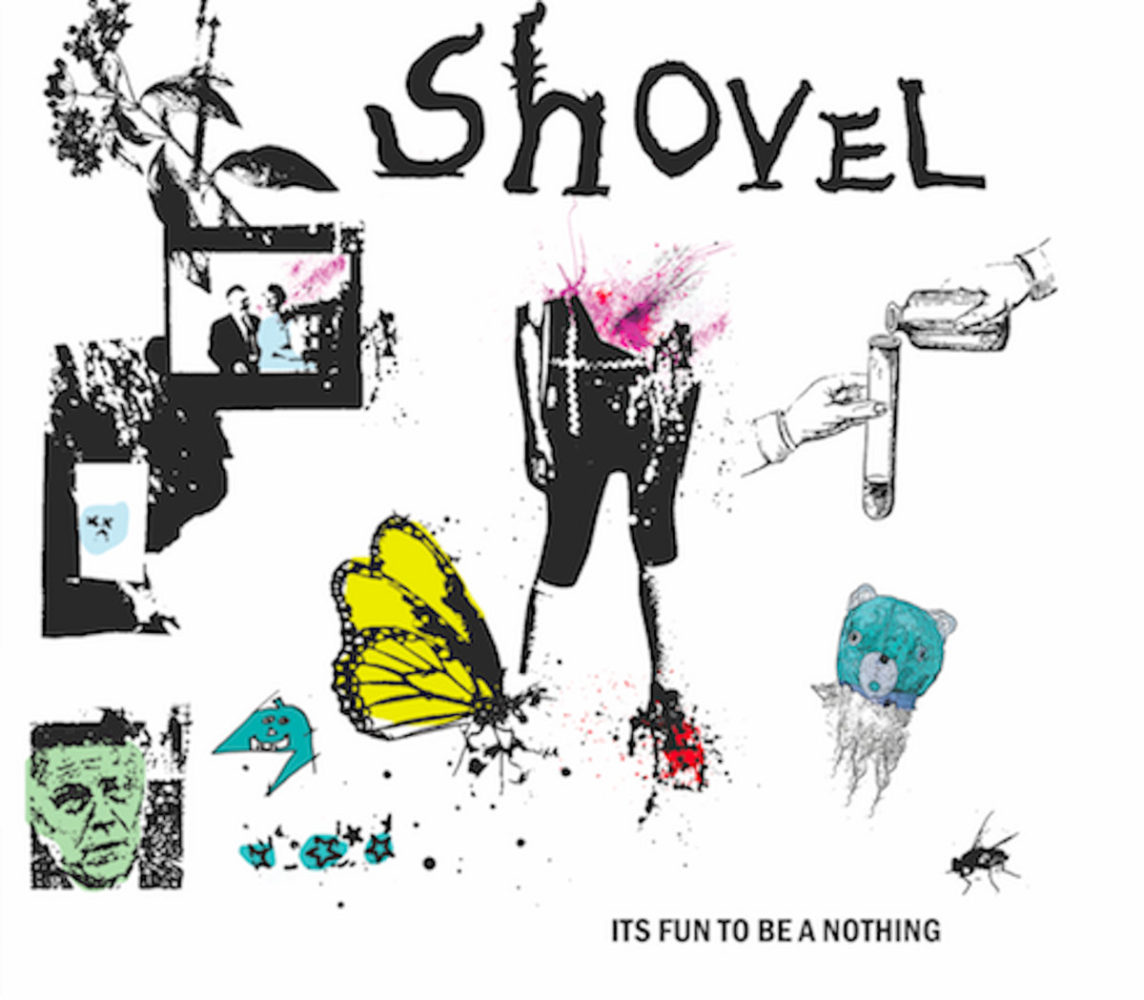 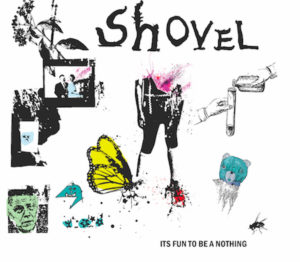 IT’S FUN TO BE A NOTHING

From the off, on opener Monty, Shovel set out their stall with crunching guitars and pounding drums under verses that spit and screech, and choruses with a melody that winds and snakes along. It’s an immediate call back to the Seattle sound of Sub Pop grunge, one of Babes In Toyland cruising over a sweeping and distorted sound. The added echo to some of the songs vocals, such as on Satan’s Inside, brings to mind PJ Harvey at her most visceral. The song shimmies and rolls along in an almost Kills-like fashion before exploding in ripping distored mayhem at the end.

When they drop back from the all out assault, as in the breaks in Milkweed and Clouds Are Fun, there’s an almost Eighties Matchbox danger in the songs that adds another layer to their sound. Songs like Shop Class and I Dream Of see the pace pick up. Wild and out of control, they are storming songs and definite album highlights, although a fade out at the end of the former leaves the song lacking a final knockout punch.

Lead single Ooze Ooze, draws back again to that classic grunge sound, riling around in and Mudhoney mash. Mid-album instrumental Sy feels a little like a wasted opportunity, but they soon recover with Invisible Duncecap, which riffs along sounding like a take from Nirvana’s Incesticide. Stripped back, but retaining the necessary power. It’s something that they repeat on closer Don’t Follow Me, falling apart at the end in a way you can imagine their live shows will leave them and their audience sprawled on the floor.

It’s Fun To Be A Nothing is a strong debut LP from Shovel and they have the makings of something spectacular in them. It’s great to see how they harness the early 90s raw energy of their influences and package it in something that is at the same time fresh and exciting.

Watch the video for Shovel’s Ooze Ooze below: