Home Blogs Should the big names perform a Viola Beach song at the Brits... 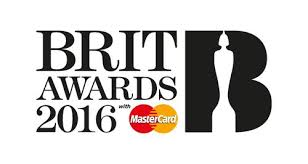 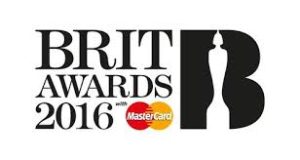 Ok, sorry I am going to have a rant here.
In a week or so’s time, the 2016 Brit Awards will be taking over the O2, that’s fine… do what you have to do, if one of the nominees for best British female artist has been dead for 5 years… nah problem..just get on with it. BUT.
Then we get round to the people that have died and a BIG planned tribute to David Bowie, who has influenced us all and has been greatly mourned. Rumour has it bands and artists are queuing up for the kudos of jumping on this bandwagon.

Now again, no problem with that .. go ahead and if David Bowie told Chris Martin and Coldplay he didn’t want to work with them when he was alive and they don’t want to respect his wishes, well, he’d dead, he’s not going to know is he….

BUT… Brits… here’s the thing. Here’s a tribute for you. Chris Martin, Coldplay, Damon Albarn, Blur, Adele, Noel Gallagher… remember where you started. In the van, getting tuppence (if you were lucky) to play in front of 20 people at Stoke Sugarmill.

Two weeks ago, I was at a gig at Nambucca, a flag ship new venue in North London. It was Big In 2016, six young hopeful, talented young bands hoping to be the next big thing. I was chatting to some of them, boys in indie guitar bands, hoping to break into an industry that is crammed with others just like them.
I spoke to one young lad, who reminded me of Shaggy in Scooby Doo, he was a drummer, he was funny, he said that he wasn’t comfortable being around so many people, I told him by the sounds of it, he lived in the middle of a moor in Warrington in a small shed and only came out to play gigs with his band Viola Beach. I talked briefly to a fellow manager Craig, who managed the band, he was brightly confident and the band had been on the radio earlier being interviewed by Shell Zenner on Amazing Radio, I had heard it. For whatever reasons, I think they were actually destined for big and bigger things.
Now, all the members of Viola Beach are dead, they died in a car crash last night in Sweden, along with manager Craig Tarry.

So, Chris Martin, Coldplay, Bono, U2, Damon Albarn, Blur, Adele, Noel Gallagher, when you are done with whatever you have to do to Bowie songs.
Someone, or all of you and yes, you, Jack Garrett, the sound of 2016, a real tribute fitting the industry that has served you well would be to perform a Viola Beach song on that Big Stage where one day they would surely have played themselves if they had lived.

Remember your roots and all of the thousands of bands, driving up and down the country, trying to give us music and get on that pedestal where you find yourselves at the moment.