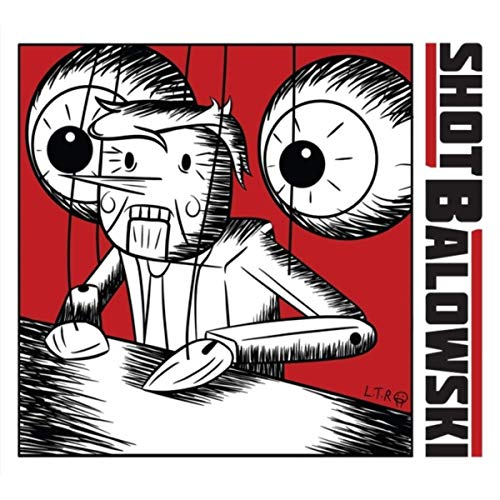 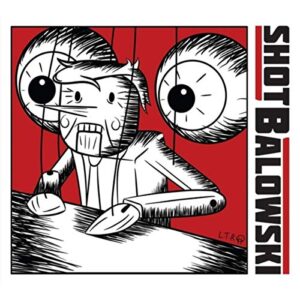 ‘Shot Balowski’s self-titled debut album is a pumped-up powerhouse packed with punk influences whilst retaining a sound of their own’, says Neil Hodge insisting on a Ten out of Ten rating

The passion and ire that came with the initial wave of the punk scene is very much alive and an antidote to much of the sanitised asinine music around today. Several songs are aimed at deserving recipients and the band don’t miss their target with one knockout blow after another.

Elsewhere songs celebrate the actions and achievements of some of life’s individuals more deserving of recognition.

One of those individuals is celebrated in the opening track Emily Does. The frantic urgency of the song hails the actions of militant suffragette Emily Wilding Davison. Perhaps most famous for being trampled to death after throwing herself in front of one of the Kings horses at the Epsom Derby in 1913, she was active in bringing women’s rights to the fore to the extent of giving her life for the cause. This song lays down the band’s intent both musically and lyrically, this is a potent start to a formidable album. If there is one down-side I get from this song is the realisation of how far we have still to go in terms of gender balance and how so much power is still held by hungry narcissistic misogynistic men.

Talking of which, and with presidential links aplenty, Commander in Chief is an intense romp railing against the current incumbent in the White House while musically borrowing elements from Jello Biafra and the Dead Kennedys.

The band channel the spirit of Buzzcocks along the way too, Critique of Everyday Life swipes at those in power; corrupt media, politicians and big businesses, while Muhammad Ali celebrates the life of another deserving hero, it is also an uncompromising criticism of the dangerously absurd racism at play throughout his life.

There is a theme in a lot of the music I like in this current climate. Regardless of the musical style, I am drawn to songs that are hard-hitting and have a substance to them. In current society there is plenty to get livid about, as a result many of the bands I listen to relate this through their music. Rats from a Sinking Ship targeted The S*n on their song A Disgusting Filthy Rag, while on this album, Shot Balowski have right-wing rag The Daily Fail directly in their sights. Destroy the Daily Mail also engages the talents of poet Patrick Jones, brother of Manic Street Preacher Nicky Wire, who recites some typical Mail type reactionary headlines to complement the bands dynamic music.

Kitchen Sink/Girl in the Call Centre is a perfect homage to The Jam’s That’s Entertainment, doffing its cap to the song both musically and lyrically to great effect. More ire is apparent on the compelling punk rock of Nissan Poppy 24/7 with a sideswipe at the notion of remembrance and how this has been hi-jacked with the messages changed and diluted over the years. The band’s punk influences are at show once again and suitably, based on its title, American TV channels the spirit of the godfathers of US alternative rock The Ramones.

Having recently reviewed The Media Whores compilation, A Decade of Defiance, another band who have deserving targets in their sights, there is a certain synchronicity between these bands. The legend “Stop Making Stupid People Famous” is emblazoned across the Media Whores album cover, while in the monologue, In the Suicide Forest, Shot Balowski target idiotic vacuous vloggers, who achieve heightened celebrity status through doing nothing more than talking complete and utter drivel to a camera for endless hours. The specific target here is the thoughtless imbecile who thought it acceptable to film a poor soul who had hung themselves in a Japanese forest famous for suicides and broadcast it to his millions of followers in a desperate attempt to achieve “likes”. Lack of compassion or a grasp of reality or what?

In the Suicide Forest seamlessly segues into You Love Yourself, with obvious disdain apparent in its refrain “You love yourself, you selfish motherfucker”. Penultimate track is a high-speed punk rock headrush through the questioning of the end of friendship, ending on the reasoned conclusion…” now you’re just a tool”

The band end the album with a cover of a song, previously covered by Joe Strummer (and Johnny Cash), Bob Marley’s Redemption Song. The song has one of the best lyrical couplets in “Emancipate yourselves from mental slavery, none but ourselves can free our minds” and Strummer’s version is one of my favourite covers of all time. I first saw Shot Balowski perform this at the annual Glasgow Strummer tribute night in King Tuts (does that mean it is a cover of a cover?) and their version ramps the song up into a full-on punk rock belter. Perfect end to a perfect album.

I may be being slightly presumptuous, but I fully expect this album to be in my end of year best of lists. Forget Brexit, the only thing that matters on the 29th of March is the release of this album. Bring the fucking floods…