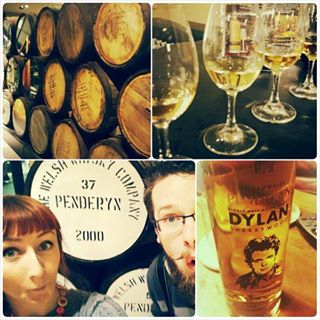 One of the coolest prizes on the music literary circuit has been announced. With a great set of judges a killer book list and a launched by one of the key figures on the music book scene, Richard Thomas, this is a key award.

The Penderyn Music Book Prize is organised by Richard Thomas, founder of the Laugharne Weekend Festival, and is the only UK-based book prize specifically for music titles including history, theory, biography, autobiography.

The winner will be announced at the Laugharne Weekend Festival on 3rd April 2016.

Electric Shock: From The Gramophone To The Iphone – 125 Years Of Pop Music – Peter Doggett (Bodley Head)

Naked at The Albert Hall: The Inside Story Of Singing – Tracey Thorn (Virago)

The prestigious judging panel for the 2016 Prize:

The Prize is sponsored by Welsh whisky company Penderyn, which has its distillery in the village of Penderyn nestled in the foothills of the Brecon Beacons.

“It was an incredibly strong and varied longlist which went from traditional biographies to specific years (1966 and Detroit 67) to songwriting royalties and the joys of working in a record shop. I read and enjoyed all the books and was very relieved that I did not have to be a judge”

“Popular music has been central to British culture for more than half a century, so it’s fitting that literature about it should be considered for an annual prize. It was a personal thrill when Tune In won the honour in 2015, because it was the inaugural award, because Penderyn is a good company – going about its business the right way – and because the award is announced at the annual Laugharne festival, a weekend full of music, poetry and literature”

Judges Comments:
“It was great music writing almost as much as great music that inspired me as a teenager and made me want to write myself. In Britain, we can rightly boast of some of the finest writing in this field in the world; not just scholarly and learned, but witty, impassioned and insightful. The Penderyn Prize is a very welcome celebration of this”

“The best books by artists illuminate their work and call for immediate revisiting of their creations, when so much cultural new is dominated by frivolity and gossip, it is delightful to see that there is still space for serious work on what can be dismissed as a frippery.

Some people like the art and music to stand on its own, I like to lift the lid and tinker and interrogate”

“I am honoured and delighted to be a judge for the second year of the Penderyn Music Book Prize. Frankly its no sweat reading about my most favourite topic, in great detail and at no-holds-barred lengths.  The only headache I foresee is choosing between a gripping autobiography and a factual tome crammed with fascinating minutiae.. But hey, nice problem to have!”