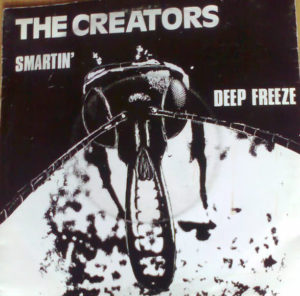 LTW boss John Robb has been forced by the lockdown to have a sort out of the darkest recesses of his record collection; he has unearthed a couple of 7″ singles he produced many years ago.

The Creators were another band signed to Thrill City Records.

John Robb was invited by the label to produce what turned out to be the only release by the band. The single ‘Smartin’ | Deep Freeze’ which was released via Thrill City label in 1995. John was running the label at this point.

We have a dozen copies, pressed on black vinyl. These are mint un-played copies, the vinyl is pristine, the sleeves show some signs of storage (ringwear), but don’t forget is 25years old!