The Nightingales ‘Mind Over Matter’ LP 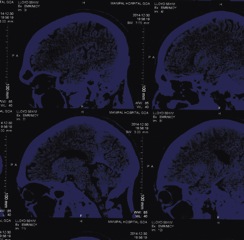