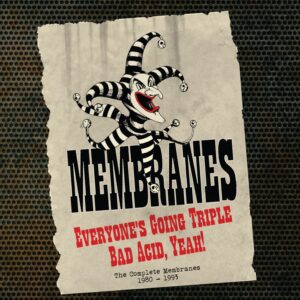 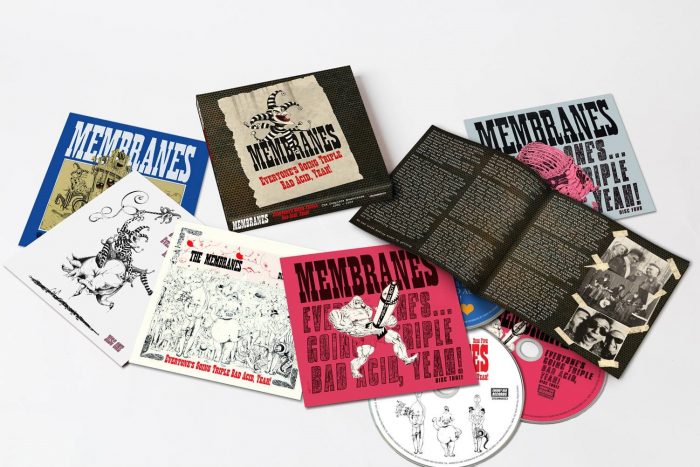 • The Membranes entire early discography in one box set. Includes their five albums recorded for various labels across the 1980s (on Criminal Damage, Creation, Constrictor, In Tape, etc.) as well as all their singles, B-sides, EPs and extra tracks.

• Boasts a mere 99 tracks, most of which appear on CD for the first time, from their contribution to the ‘Blackpool Rox EP’ in 1980 right through to their final recordings for the band’s original incarnation in the early 1990s.

• 26 page booklet includes sleeve-notes written by John Robb (now an established author and journalist, behind the Louder Than War magazine), alongside a wealth of visual material.