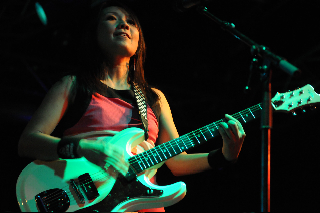 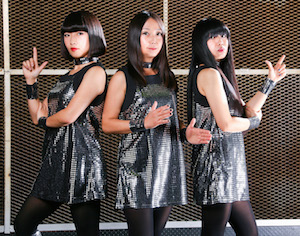 Everyone’s favourite all-female Japanese pop punk band, Shonen Knife, are now in their 33rd year together and they’re still going strong with news of a new album due out in April and another full UK tour happening a few days after. Check out the video for brilliant new song Bad Luck Song below.

Another band beloved of John Peel Shonen Knife former in Osaka, Japan, back in 1981. They were heavily influenced by 1960s girl groups and early punk rock bands such as The Ramones and essentially rose to fame thanks to being invited to tour with Nirvana on their ‘Nevermind’ tour. It trailblazed a path for women in music and inspired legions of bands.

Now in their 33’rd year the band are to release their 20th album ‘Overdrive’ on 4 records on 14th April and they’ll follow it up with a 15 date tour across the UK and Ireland in May. A band who seemingly love to be forever on the road last year marked the first in four years that your writer didn’t see them so it’s fair to say that a hit of their trademark quirky, life-affirming bubblegum pop is more than overdue.

Check out the video for Bad Luck Song below and the tour dates under that: