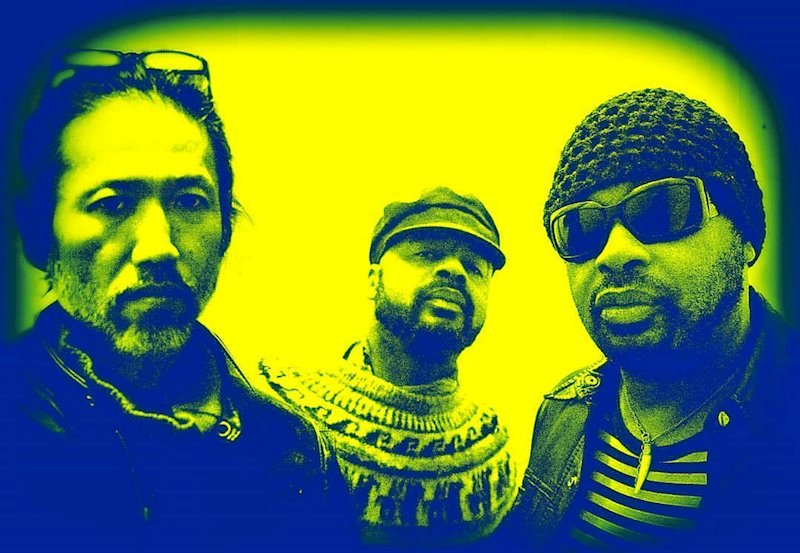 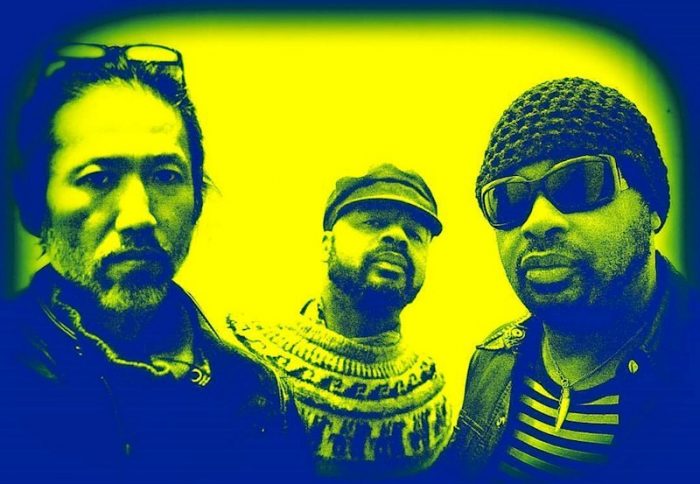 Pioneering shoegazers The Veldt have released their new EP ‘Thanks to the Moth and Areanna Rose’ via U.S. label sonaBLAST! Records. Perhaps the only notable first-wave shoegaze bands to never go on hiatus or ‘reform’ since the early 1990s, they are at their core identical twins Daniel Chavis (vocals, guitar) and Danny Chavis (guitar), along with Hayato Nakao (bass) and Marvin Levi (drums).

The new EP features contributions from two 4AD music legends of the dreampop and shoegaze world (a remix by A.R.Kane and production by Robin Guthrie of Cocteau Twins). The Bandcamp version of the EP also features two legends of the trip-hop and rap/trap world (‘Dakini’ was remixed by Jason Furlow, a.k.a. Nosaj of New Kingdom and Carlos Bess of the Wutang production team).

A new video for ‘I Like The Way You Talk’, filmed by Ed Marshall Photography, also captures the band playing this track live in an intimate environment in Long Island City..

The Veldt’s brilliant sound has accommodated the influence of musical kin Cocteau Twins as readily as it did Marvin Gaye and free jazz warriors Sun Ra and Pharaoh Sanders. These trailblazers reference European post-punk while embracing modern hip-hop, and working with transient dreamscapes as fluidly as solid song structures.

Pitchfork included The Veldt album ‘Afrodisiac’ in the top 50 shoegaze albums ever released and Stereogum included ‘Until You’re Forever’ in the top 31 shoegaze tracks. Their sound also inspired future generations of alternative artists, including TV On the Radio.

November also brings The Veldt’s mini-tour with new wave legends Modern English. Earlier this spring, these 4AD recording artists had to cancel part of their 2017 tour after guitarist Gary McDowell had to undergo emergency surgery. With Gary back in good health, Modern English have announced new North American headlining dates with The Veldt supporting for a string of East Coast dates.

“These are previous works that have never been properly released and, during this tour with Modern English, we would like to share these tracks with the world under this title ‘Thanks to the Moth and Ariyana Rose’ – a poem set to the music of The Veldt, so to speak,” says Veldt guitarist Danny Chavis.

The Veldt’s journey has been highly fascinating. Some time after forming in Raleigh, they met programmer Hayato Nakao in New York’s East Village and have since forged a style of music that is a heady and sensual blend of shoegaze and progressive soul, dreamy soundscapes and infectious grooves.

After signing to Capitol Records in 1989, The Veldt were soon in the studio with dream-gaze guru Robin Guthrie working on their initial recordings, touring with Cocteau Twins and The Jesus and Mary Chain, and recording ‘Marigolds’ with Lincoln Fong (Moose). They soon recorded their classic ‘Afrodisiac’ (1994), produced by Ray Shulman (The Sundays, Bjork, Sugarcubes), which was released via Mercury Records.

The Veldt has collaborated with TV On The Radio, Mos Def, Lady Miss Kier (Deee-Lite), and 4AD legend A.R.Kane and shared the stage with The Pixies, Throwing Muses, Echo & The Bunnymen, Cocteau Twins, Manic Street Preachers, The Jesus and Mary Chain, Oasis, Chuck D, Living Colour, and Schooly D. They’ve most recently toured with Phantogram and The Brian Jonestown Massacre.