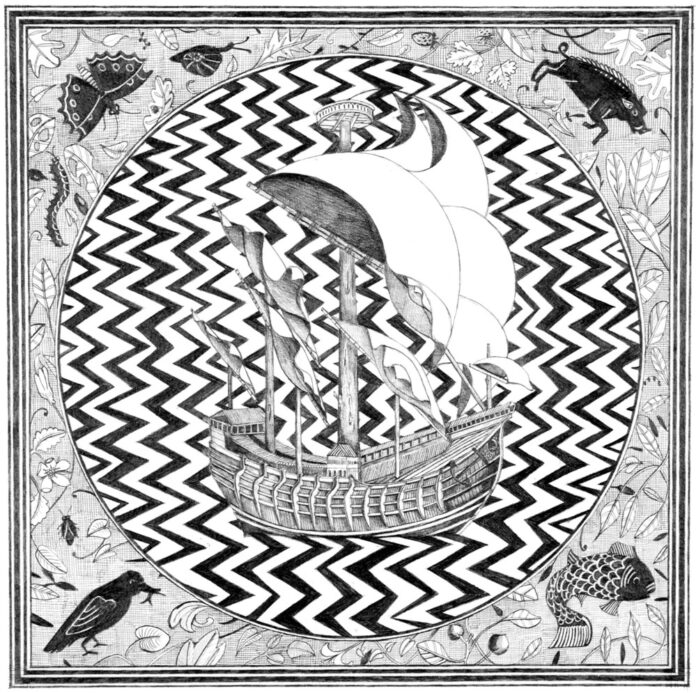 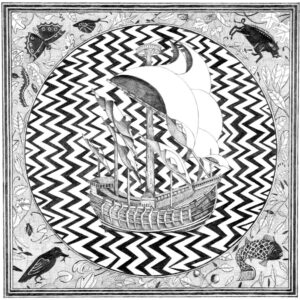 Legendary Folk-singer and Raconteur Shirley Collins gets the tribute treatment with a rather superb cast. Louder Than War’s Craig Chaligne reviews.

Shirley Collins has been enjoying a resurgence lately. One of the iconic figures of the folk revival movement from the end of the fifties right to the seventies, she partnered famous musicologist Alan Lomax on one of his trips in the south of The United States over several months in 1959. Despite retiring from singing in public in 1978 (following her being diagnosed with a voice disorder called dysphonia), she has continued to share her knowledge about Folk music and of her home region of Sussex in a series of illustrated talks featuring actor Pip Barnes. Shirley made her return to the stage last year at Union Chapel in Islington where she played 2 songs accompanied by Ian Kearey from the band Oysterband. I was lucky enough to see Shirley perform as part of Wesley Stace’s Cabinet Of Wonders  at Cecil’s Sharp House in February this year. She’ll be back at the same venue on the 31st of October this year to celebrate her 80th birthday. Hopefully some of the stellar cast assembled for “Shirley Inspired” will be there on that night.

Following Shirley’s tentative return to the stage last year, a kickstarter campaign was launched to raise money for a documentary entitled The Ballad Of Shirley Collins. Produced and directed by the team behind the documentary Way Of The Morris. The idea of a tribute album came as a way of raising funds for the documentary. Shirley might be out of the public eye but the stellar cast assembled on this compilation is a proof that she’s held in high regard by her peers. The compilation almost ended up being 60 tracks long but “only” 45 made it to the final version. The first CD is where most of the big names are. The opening number Pretty Saro, sung by Bonnie Prince Billy (alias Will Oldham, alias Bitchin Bonnie Billy Bajas) is a folk song from the 18th century that Shirley recorded two times. First accapella on her 1959 album Sweet England and a second on her 1964 LP Folk Routes, New Routes, a collaboration with virtuoso guitar player Davy Graham. Will Oldham’s version, only accompanied by an organ is hauntingly beautiful. Other famous attendees on the first cd include comedian Stewart Lee who partnered by Folk musician Stuart Estell gives a good rendition of Polly on The Shore, a song recorded by Shirley and her sister Dolly on their 1970 LP Love, Death and the Lady. Stuart Estell comes back again later on the disc on his own with a version of Just As The Tide Was Flowing. Graham Coxon, no stranger to Folk Music as his excellent 2009 album The Spinning Top proved, covers Cruel Mother with his usual great guitar skills. Lee Ranaldo gives us probably one of the most experimental tracks on the record, reckoning everybody would go for acoustic instrumentation, he plays electric guitar on The Plains of Waterloo, another track from Love, Death and the Lady. The quality of the first CD is really high and it’s difficult to reference all the tracks in a review but The Trembling Bells interpretation of Richie’s Story and Bonnie Dobson and The Lord of Thymes version of Hares were particularly good.

The second CD doesn’t contain as many well known names but the quality of the covers is still there. Starting with the carol Shepherd’s Arise sung by Crying Lion, it also features Norwegian metal band Ulver who play a version of Poor Murdered Woman that wouldn’t have sounded out of place on a Dandy Warhols album !!! Sharon Krauss cuts her teeth on Gilderoy, a song that featured on the last Shirley and Dolly Collins duo LP For Many As Will recorded in 1978. Joe Murphy gives us a very Dubliner-ish version of Adieu To All Judges And Juries. Sophie Williams’s breezy voice does marvels on an acapella version of Charlie, a song Shirley covered on her landmark LP Sweet England released in 1959. Oxford based singer-songwriter Olivia Cheney appropriately covers Oxford Girl in a style that is very reminiscent of famed american songstress Judee Sill, a beautiful track. Barbarossa offer us one of the most far-out interpretations on the record with a trip-hop version of Dearest Dear, another song recorded by Shirley with Davy Graham. Slightly less successful is the vocoder heavy Cambridgeshire May Carol by Belbury Poly that drowns the songs under fancy synth effects.

The third disc contains probably the most experimental performances. Miz Stefani’s take on Bonnie Boy, a song that Shiley recorded twice (in 1960 and 1967) sounds like something out of an Amy Winehouse album and Marco Pirroni’s duo with Jen Vix on Turpin Hero is lo-fi at its best. Both are followed by more traditional takes of The Unquiet Grave and Greenwood Laddie respectively by Rosemary Lippard and Sam Gleaves. Disc 3 is probably slightly weaker than the other 2 but there is still good stuff on it.

For further info on Shirley Collins you can check her official website: www.shirleycollins.co.uk, or the website for the Shirley Inspired project: www.shirleyinspired.com.