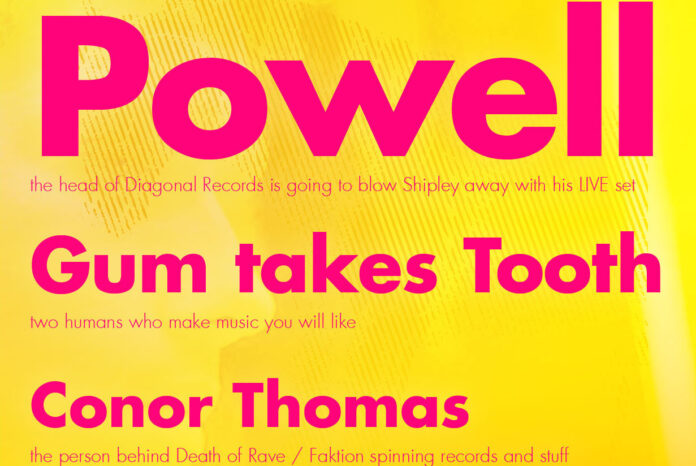 Golden Cabinet, our friends over in Shipley, West Yorkshire, have been reliably putting on some of the most exciting electronica and experimental live music shows in the country over the last year and a bit, all of them not for profit and designed largely to help bring money into their local community.

Some of the names they’ve booked so far include Samuel Kerridge, Shit and Shine, Anthroprophh, Object, GNOD, Perc, Cut Hands – a veritable who’s who of the most exciting, forward thinking, brain jangling, chest rattling and just generally BEST artists in the country today.

And now they’ve pulled off what can only be described as a bit of a coup by booking none other than the mighty Powell, producer and grand fromage at Diagonal records, to visit their HQ / community centre for his first ever gig in the North of England. That you’re encouraged to attend in large numbers hardly need be said, but as I have done so I should probably point out that the capacity at this intimate show is but a mere 100 people so you really ought to book in advance.

To quote the Golden Cabinet guys themselves:

“The anticipation has already reached stellar proportions so expect a mindblowing mix of EBM, no-wave, rhythmic post-punk and all out noise bound together by a heavy overdrive of bass inspired raging techno.”

Powell will be joined by the one and only Gum Takes Tooth who major in pan-cultural psychedelics and what-the-fuck aural mesmerism and Conor Thomas.

The show takes place on 2nd May which, like all their shows, is the first Saturday of the month.

Full details regarding how to book a ticket can be found on the Golden Cabinet website.

Almost a month later the promoters have Vessel popping in to play some mind numbingly uncompromising and dizzyingly bombastic sounds and again, just go, especially if a melange of the harsh, pure, violent, seductive, messed up and strange noises is the sort of thing that floats your boat. Full details on the Golden Cabinet website.

So all roads lead to West Yorkshire on the 2nd May for Powell and the 6th June for Vessel. We’ll probably not see you there because we live a shedload of miles away, but if we were in Manchester, say, Leeds or Sheffield we’d be down like a shot! 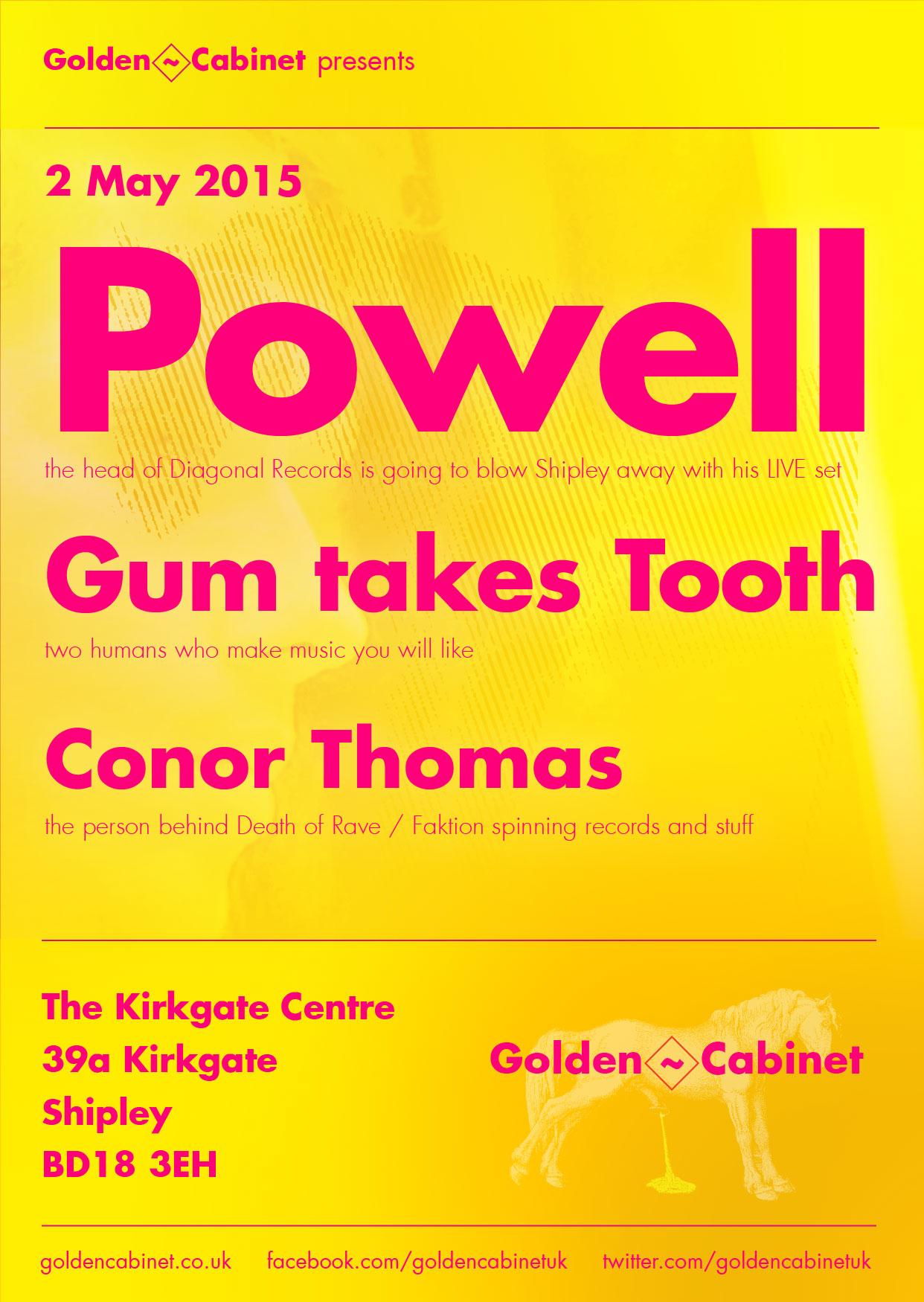