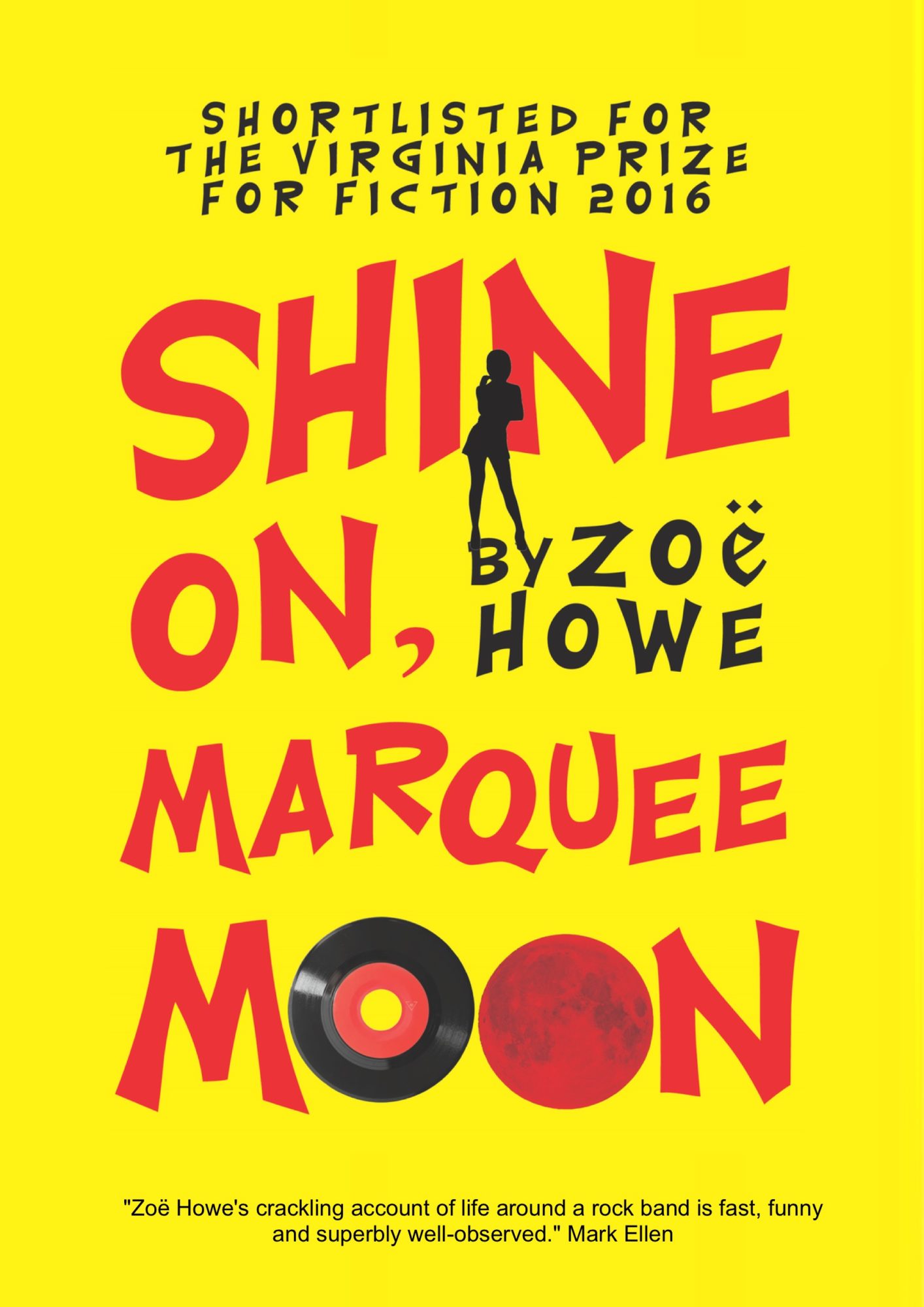 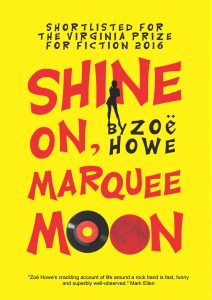 Rock chick lit debut from music author Zoë Howe: Shine on, Marquee Moon brings us spandex, hairspray, a kidnap heist, affairs of the heart and all the while a show to get on the road.

First there was Tin Pan Alley’s pop standard, ‘Shine on, Harvest Moon’, then 1980’s TV post-war comedy Shine on Harvey Moon.  Zoë Howe takes the word play a step further with her debut novel Shine on, Marquee Moon. Encapsulating the spirit of its forbears and continuing a playful thread, this back- stage rock and romance tale is set to a soundscape of pirate radio, Neil Diamond, Led Zeppelin, The Carpenters, David Bowie, Chet Baker and of course, creators of the title’s namesake: Television.

The action centres around a revival tour of 80’s New Romantic group Concierge. With the phenomenal success of the comeback band this is a pertinent idea. Illustrating a certain pragmatic showmanship, band members beyond their initial rush of fame, who’ve had the inevitable bust-ups, grown bored of early retirement, run out of funds, or realised that donning the auras of their alter egos for erstwhile and latter-day fans, is a better deal than the alternative grown up world on offer. Zoë Howe’s scenario is plentiful in rich pickings for seeding a tale of love that penetrates beneath the sequins and champagne, navigating its way through the intrigues, darkness and rivalries of showbiz and the music industry.

Protagonist Sylvie is dresser and designer to the band. Howe has a good deal of fun elaborating the flamboyant central players such as lycra-clad, mane haired lead singer Gomez, dark and mysterious keyboard player Nick, the fragrant Betty, and also the smaller cameos – Spiv-like Gram the pusher man and tailor to the stars Louis, in whom Howe summons a bygone era of Soho.

Without shying away from the gritty pathways to fame, the novel moves at a comic pace and always a sense that Sylvie will come out on top.  Compelling story-telling keeps the reader page turning to discover her fate. Conversely to her betrothed, the monotone clad, elegant yet sullen Nick, our wardrobe heroine Sylvie is a shining light of pragmatic certainty in white bell sleeves, shirt dresses and purple silk pajamas, casting asunder the obstacles that assail her pathway to the light of true love. Fortuitously for Sylvie, amongst the entourage she finds a barometer of reason against which to evaluate her choices.

As two band dramas unfold threatening to derail the Concierge showboat, Howe demonstrates beautifully how one can entirely eclipse the other depending on one’s vantage point and that there will never be a shortage of ego in this luminary sphere. The story neatly resolves all outcomes, with band manager Les, tying the threads together, a man with his eye on the money and that fact that he ‘sometimes felt as if he was the only one who remembered they were all getting older and that this pop lark wasn’t going to last forever.’

Zoe Howe can be found at www.zoehowe.com.  She will be at louderthanwordsfest.com on November 12. Check her website for other book events. www.troubador.co.uk

All words by Bryony Hegarty.  More writing  can be found at her Author Archive

The Durutti Column – The Guitar And Other Machines Deluxe –...