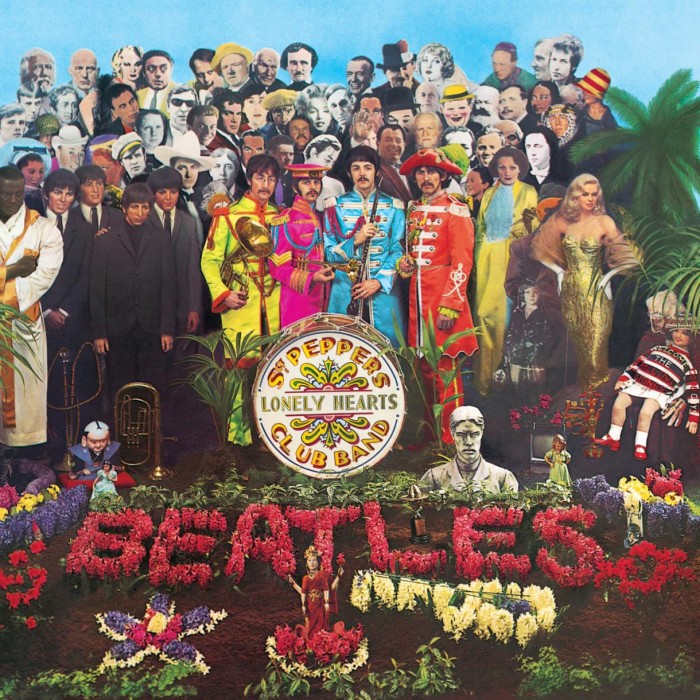 If you have £17 000 spare and a penchant for cardboard gnomes then its time to get to the auction house.

Signed by all 4 Beatles the gnome from the front cover of Sgt Peppers is up for sale on April 18 as part of Heritage Auctions’ entertainment and music memorabilia sale. Part of the fab real life college by Peter Blake it was key cornerstone of one of the great album covers of all time.

The set of the shoot was filled with life-size paper cutouts of famous figures including Mae West, Marilyn Monroe, Bob Dylan, Marlon Brando, and Aldous Huxley, which were crowded behind the band. Smaller items, like the gnome, were placed in front. On the cover, the cardboard gnome sits just to the right of George Harrison’s leg.

The concept for the cover—people and things that the band liked—was based on an ink drawing by Paul McCartney. Each band member selected a handful of famous figures to be made into cutouts, but had to obtain approval from many of the stars themselves in order to use their likeness.