Home News Sheffield promoters Buds & Spawn are back with another streamed live show... 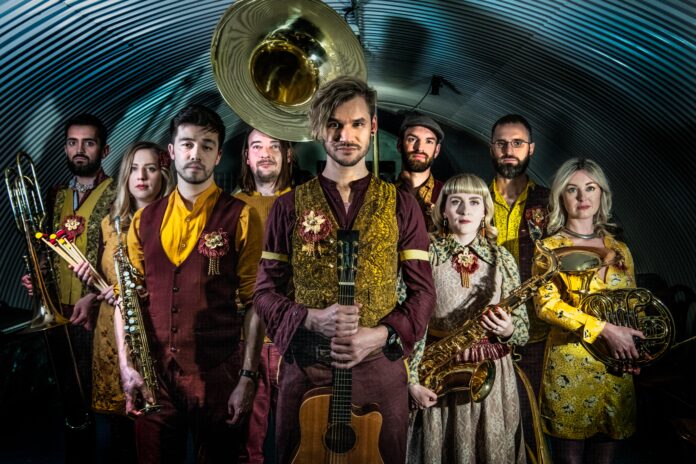 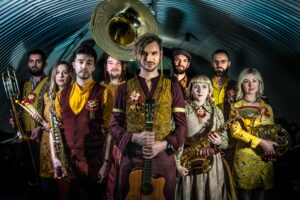 The two and half hour online show on 25th February is the latest in a series of gig promoted by Buds & Spawn, who since 2019 have curated semi-irregular nights in some of the city’s great independent venues.

Their events are aimed at lovers of the weird and wonky, punky and proggy, choppy changey, twisty turny, off-kilter, psychedelic, experimental, math/alt/art/and the just plain awkward.

At the start of 2020, they put plans in place for a programme of gigs funded by the Arts Council ‘Supporting Grassroots Live Music’ initiative. These were planned to take place across the year, but the pandemic took hold, and then the UK went into lockdown.

So instead Buds & Spawn decided to host a series of four live-streamed shows across 2020 and into 2021. Each one is a combination of exclusive new pre-recorded performances from each headliner and a local act, along with live interviews, chat, and an interactive Q&A.

Perhaps Contraption is a multi-award winning, classically trained, 9-piece progressive brass band and theatrical music troupe from London. The band branched out into theatre to push the boundaries of live music performance, and find a totally new way to engage audiences in complex concepts whilst introducing them to new genres of performance art and music, leading to them performing ‘Nearly Human’ in 2019 at the Edinburgh’s Fringe.

“We’re all really grateful to be part of Buds & Spawn during these strange times,”  says band leader Christo Squier.

“It’s given us some financial support and the opportunity to keep creating new content. As well as this, Buds & Spawn is helping to connect the band with a new community of listeners and music makers, who all enjoy unusual sonic adventures.”

Captain Avery & the Cosmic Triceratops of Intergalactic Peace are described as a wild crew of celestial apes in a sun-drenched space fugue. Their live shows are incandescent and unhinged with crowds of Earthlings experiencing dervish transcendence via their improbable mix of Cosmic Afrobeat, Psychedelic Hi-Life, Space Shanties, Tropical Punk, Party Skronk, Dino-Jazz and, of course . Mutant Disco.

The special guest for this show will be Sophie Cooper from Tor Festival. Alongside Jake Blanchard she runs the eclectic, psychedelic Tor Festival weekender at the Golden Lion in Todmorden. Sophie will be chatting about what’s in store for Tor Fest in the future and sharing one of her musical recommendations.

Tickets are available from – budsspawn.nutickets.com

Scene Champion tickets for this show will collect donations for the Abbeydale Picture House #saveourvenues crowdfunder (the original hosts for this gig)  – https://www.crowdfunder.co.uk/saveourvenuesabbeydalepicturehouse

The final Buds & Spawn show in this series will take place in April with artists being announced soon.