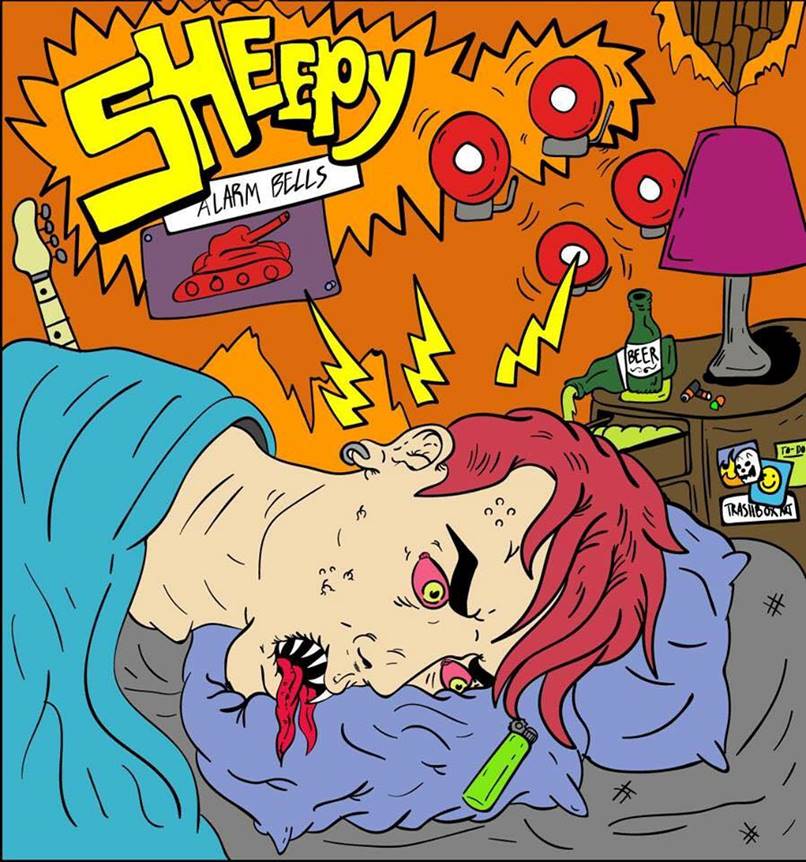 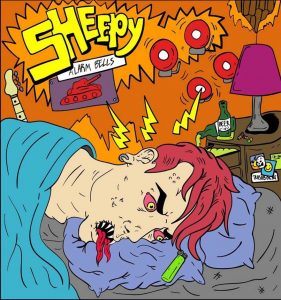 Liverpool pop-punk scoundrels Sheepy have just unveiled the second video from their new album ‘Alarm Bells’ which will be released via Blang Records on the 7th April.

Sheepy are Liverpool school-friends Luke Jones (guitar/vox) and Ollie Phillips (drums) aided and abetted by Irishman Villy Raze (Bass), a name you will recognise from his other roles as the frontman to The Dead Class and Wanweird.

To say songwriter Luke was prolific would be an understatement, as his abundant ability to pen short, sharp catchy punk pop in about the time it would take most people to flick through the newspaper on their daily commute is quite incredible. There are in fact plans to enter the World Guiness Book Of Records soon to celebrate the band’s hyper speed pop-writing and recording skills!

Of new single ‘Home’ from the album, singer Luke Jones says “This song is actually about when I was younger and didn’t feel like I could stay in Liverpool any longer, itchy feet. It doesn’t matter where you are from and I’d hear lots of people talking about where certain of their ancestors were from and on St. Patricks day where everyone “becomes” Irish for the day. Or they were born somewhere but moved when they were 3 months old. Everyone can be where they say they’re from, but it comes across that they are just trying to make themselves more interesting when they don’t need to.”

The video was filmed this in several locations. “The story is, what people probably think the song is about, trying to get home. We had lots of fun making this and were lucky with the weather as it had rained every day before and after, in cold, dark December. The first ride is Mad Car Pete, a psycho who is keeping a hostage, the second is two crazy guys who are overly into the songs, the third a boy racer who is unimpressed by the band, and the last is just a dude on a bike! I was so hungover on the day and really happy to be home in the end!” adds Luke.

Tour dates have been announced to support the album release: