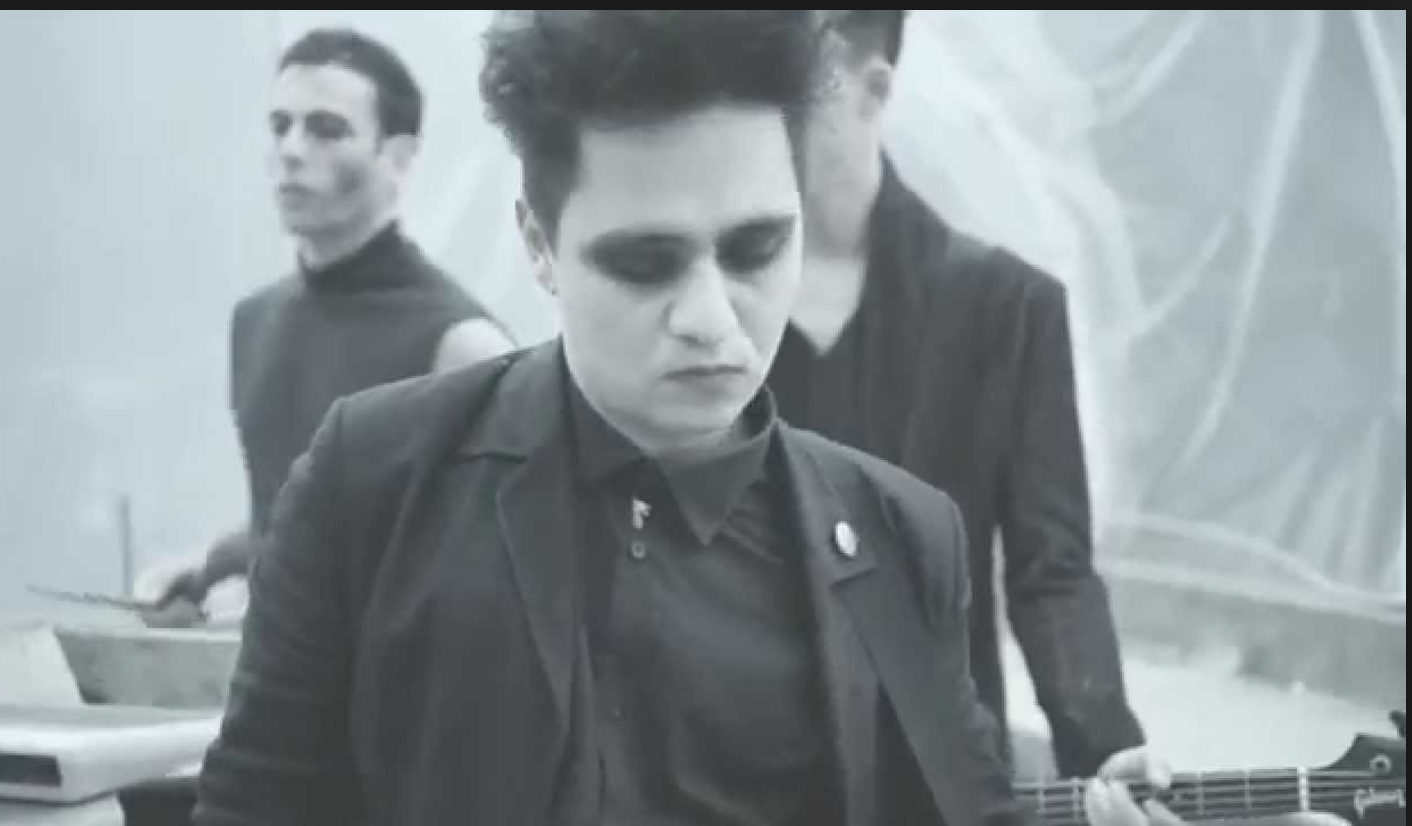 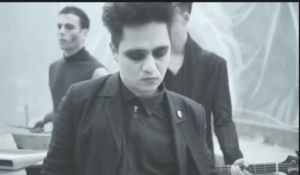 In the bowels of Rock City, lies Beta. A small, dark crypt of a venue with a well-stocked bar and perpetual gloom. Could there be a more apt venue for two of the most exciting contemporary electronic and darkwave bands?

No sooner had the drinks been ordered did Drab Majesty take to the stage. Looking like the bastard lovechild of Daft Punk and Debbie Harry, they hold an unusual visual presence.  After a prolonged setup, and an even longer ambient introduction, the room of dressed-down goths were soon nodding. Drab Majesty’s jangly electro/darkwave sound could easily get lost in live performance; it’s often a genre to be enjoyed outside of concerts. However, their set was irrevocably engaging, with opener ‘Dot in The Sky’ providing a dreamlike, melancholic feeling to proceedings. Predominantly playing material from their ‘The Demonstration’ album, Drab Majesty’s futuristic, ethereal sound was simultaneously gripping and gentle. While Drab Majesty deliberately disengage from their audience, barely speaking and covering their faces with wigs and enormous sunglasses, the identity, the very essence of the band is utterly addictive. While there was no vigorous dancing to their short set, there was little chatter too; with a post-set rush to the merchandise stand inevitable.

Following Drab Majesty were another, considerably gloomier duo. She Past Away, a Turkish post-punk band, have fast become the darlings of the goth world. After experiencing them live, it’s no wonder they’re so beloved. The band describes their sound as ‘a haunt’, which is rather accurate. Vocalist and guitarist Volcan Carner’s mesmeric, chanted poetry creates an added layer to She Past Away’s sound. Taking inspiration from 80s alternative genres, from post-punk to new wave, their sound is inarguably their own; seeming to be an ‘experience’, rather than just a musical performance. Despite battling with sound issues for the first few songs, they had the whole venue bobbing and dancing, integrating new songs from 2019’s ‘Diskoanksiyete’ with old favourites such as ‘Asimilasyon’ and ‘Kasvetli Kutlama’ getting the crowd wildly animated, if not singing along (too) accurately.

Singing entirely in Turkish, the band have the gathered crowd enraptured from start to finish, proving that language is no barrier to the communal enjoyment of solid, good music.