Home Music Reviews Album Reviews She Made Me Do It: Endless Dreamstate – album review 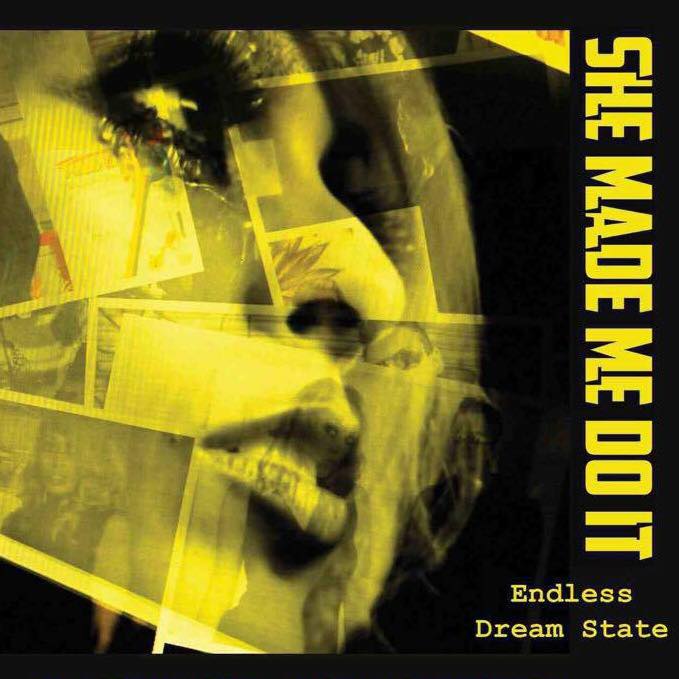 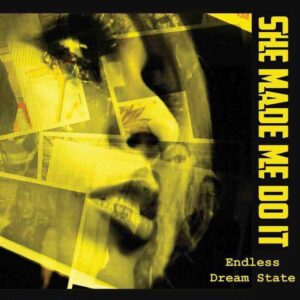 We once described She Made Me Do It as “Spectral and nocturnal and creepily brilliant in sex music kinda way’ and we stand by every word.

This is the album Madonna dreams of making in 2015 and is the hip swinging modern pop of Charlie XVX cranked through dark wave cloud of melancholy and digital gunk.

She Made Me Do It are a 2 piece band featuring Shaheena Dax (Rachel Stamp) on vocals and keyboards and Will Crewdson (Adam Ant, Rachel Stamp, Scant Regard, Sigue Sigue Sputnik Electronic, Flesh for Lulu, Johnette Napolitano) on guitars, vocals and keyboards.
They make a very 21st century pop music. Or what 21st century pop would sound like if it was any good. This a music full of throbbing late night electronic sex pop full of dark shadows and ghost like sounds. Shaheena sings with a voice full of disconnected dread and darkness and the songs electronic pulsing sound like the best nightclub in the world – place where rock n roll is digitised, the spectral is turned into melody and kinky pop full of sex and death is the norm.

Every song drips ideas and is twisted with a dark wave shadow and a grinding groove that puts the animal into the machine and the flesh into the digi bit click. This is a big and bold swaggering pop, a big gold dream and a chance to remember how vital this stuff once sounded. Like the very early Soft Cell this is an erotic cabaret, a timeless dance, a digital meets analogue bebop and the songs are swooping slices of atmosphere and when Will cuts in with his trademark twanging guitar they really lift off as the six string counterpoints Shaheena’s great vocals.