Home Music She Drew the Gun: Behave Myself – album review 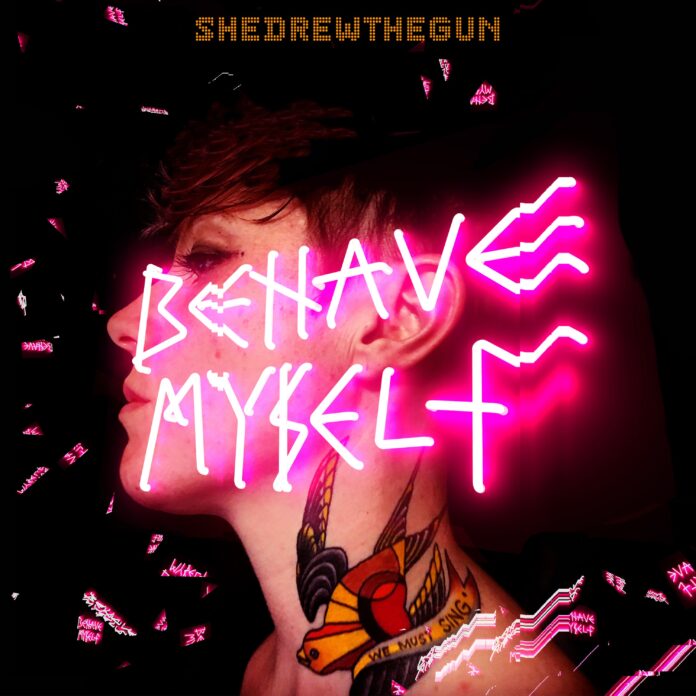 She Drew the Gun 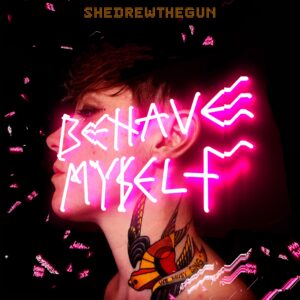 Politically unafraid, musically bold and combining social protest with the most delectable interspersing of musical influences, She Drew the Gun’s third album is an absolute and much-needed triumph.

It is, in many ways, difficult not to see clear and obvious parallels between the musical evolution of She Drew the Gun and the rapid and caustic deterioration of the UK’s political, social, and economic stability. Emerging into the spotlight as winners of the emerging talent competition at Glastonbury 2016 as the whole of the country reeled from the seismic shock of the EU Referendum, Louisa Roach’s plaintive, honest, and searching exploration of us as a viable and decent society – challenging patriarchy, racism, division and inequality – seemed perfectly in phase with the fear and grief that so many of us felt at the time.

Things have worsened since that weekend. So much so and in so many myriad ways. But for She Drew the Gun, the trajectory has been entirely in the opposite direction. And on ‘Behave Myself’ – the collective’s third album – they have stepped forward again with an album of singular ambition and confidence. The calm voice has been replaced with a rap spit-flow of precisely targeted bile. The music has grown exponentially into a hybrid of rhythmic tension and melodic counterpoint. It is a hypnotic, compelling and bold creation. And it is one of the finest releases of 2021.

Behave Myself is an album that absolutely does not compromise. It is a record made precisely on its own terms, with its own inherent belief in its creators and songs. It is a record that wears its influences on its sleeves; yet it assimilates them into something unique. Most impressively, it is unwilling to stay as one thing: chameleonically changing at will. Musically, the album is a constantly engaging listen. There were elements of a deeper, darker, and edgier tone on previous album ‘Revolution of Mind’ but this time it has been fully developed into a genuinely intoxicating blend of sound. Within this, psychedelia, 60s pop, electronica, and folk-pop all jostle for position against a looping series of basslines, driving synthesiser layers and urgent, insistent percussion. The musicianship and production give the songs a stature and foundation for them to explode from, and they duly oblige.

Take opener ‘Origin’ song where a Radiohead fuzz-bass club drives us straight on ahead, leading the song as it goes as Roach’s voice narrates a seemingly innocuous, yet contemporarily relevant tale of cyclical rise and fall – the Ozymandias hubris of impenetrable human civilisation rising and falling as the world continues to spin and seasons change. ‘Next on the List’ is the sound of Leftism dragged through the thorny tangles of early 90s Manic Street Preachers. ‘Cut Me Down’ veers sharply between fierce guitar (the guitar contributions to the record are continually impressive, as is the taut and focused bass work). And the space between the wires – allowing the vocals to breathe – is used to particularly impressive effect on ‘Class War (How Much)’. ‘Panopticon’ is wildly impressive – a simmering and shimmering piece of electroclash disco that plays out like a three-act play in its ability to change flow, form, and mood with every passing moment. DFA Records if they had spent their misspent youth by the River Mersey. She Drew the Gun’s lyrics have always been stark and darkly political, it is the cohesion of their own disparate musical elements into such a cohesive texture that has been the most impressive evolution of She Drew the Gun. A sound that was once ideally suited to small, attentive crowds is now purpose built for stadiums. The biggest of speakers and the keenest of ears.

The standout moment is the title track, where everything comes together in the most extraordinary manner. A strident, chest out and eyes open anthem to resistance, environmentalism, anti-capitalism and feminist solidarity; it is simultaneously bluntly unmovable as a call to arms, and yet utterly immediate in its understanding of pop sensibility. Barely supported by a bass line at first, it suddenly explodes into a piercing gaze of a chorus. But once the chorus comes round again, it is supported by staccato shrieks of resistance before a searchlight laser of a guitar solo sweeps the horizon. And then this thing just keeps going, ever building up and out upon itself. It is a crystallised shard of contemporary pop music and social commentary, and there are few around making tracks as outstanding as this.

There are minor quibbles. Closing track ‘Rose’s Tale’ is a pretty, atmospheric but ultimately underwhelming note on which to conclude. And the chorus of ‘Class War (How Much)’ never quite lives up to the promise of the clattering, paranoid verse. But the fact that such issues are barely worth mentioning amidst an album of such consistent quality and singular drive is a testament to the vision behind this record. To be brought to a state of anger and frustration is natural. To protest and fight is hugely worthy. But to distillate these emotions into such a boldly coherent, articulate and viscerally powerful narrative: wrapped up in melodies and soundscapes that compel the listener to engage with the message is something approaching greatness. Take a track such as ‘All Roads Lead to Nowhere’ – a stunning tone-poem of aching loneliness and frustration that suddenly mutates into a swirling psychedelic kaleidoscope that juxtaposes the bleak message with colour and texture. Like early hip-hop and punk, music can be an extraordinary vehicle for social change and transformation, but to reach the masses it needs to be compelling and musically innovative. This is the point to where She Drew the Gun have come now. A band who distillate their sound into a rainbow-tinted missile to deliver the most stark and vital message to those feeling left behind; to those who “levelling up” will be nothing more than a facile and ultimately pointless way of addressing forty years of vampiric predation on society.

Not only is this a record of profound quality, but also one with a deeply personal and important message; one which should be heard far and wide and serve as a sonic rebuttal to the dark, unsettling atmosphere of contemporary Britain. We come for the music, we stay for the message, we hopefully walk away ready to do our bit to change our small corner of this planet. Right now, we need those brave souls who will not compromise, will not shut up, will not behave. And we need them more than ever. In a world where showing compassion or empathy for those less fortunate or vocal than ourselves is dismissed with a derisory snort of “woke” or “snowflake” – we are so desperately in need of artists who are willing to stand up and be counted, She Drew the Gun are at the front of the barriers, in the thick of the crowd and the first with the chanting. But still standing – bloodied yet unrepentant, to be the first to the dancefloor afterwards.

All words by David Edwards – see his author profile here