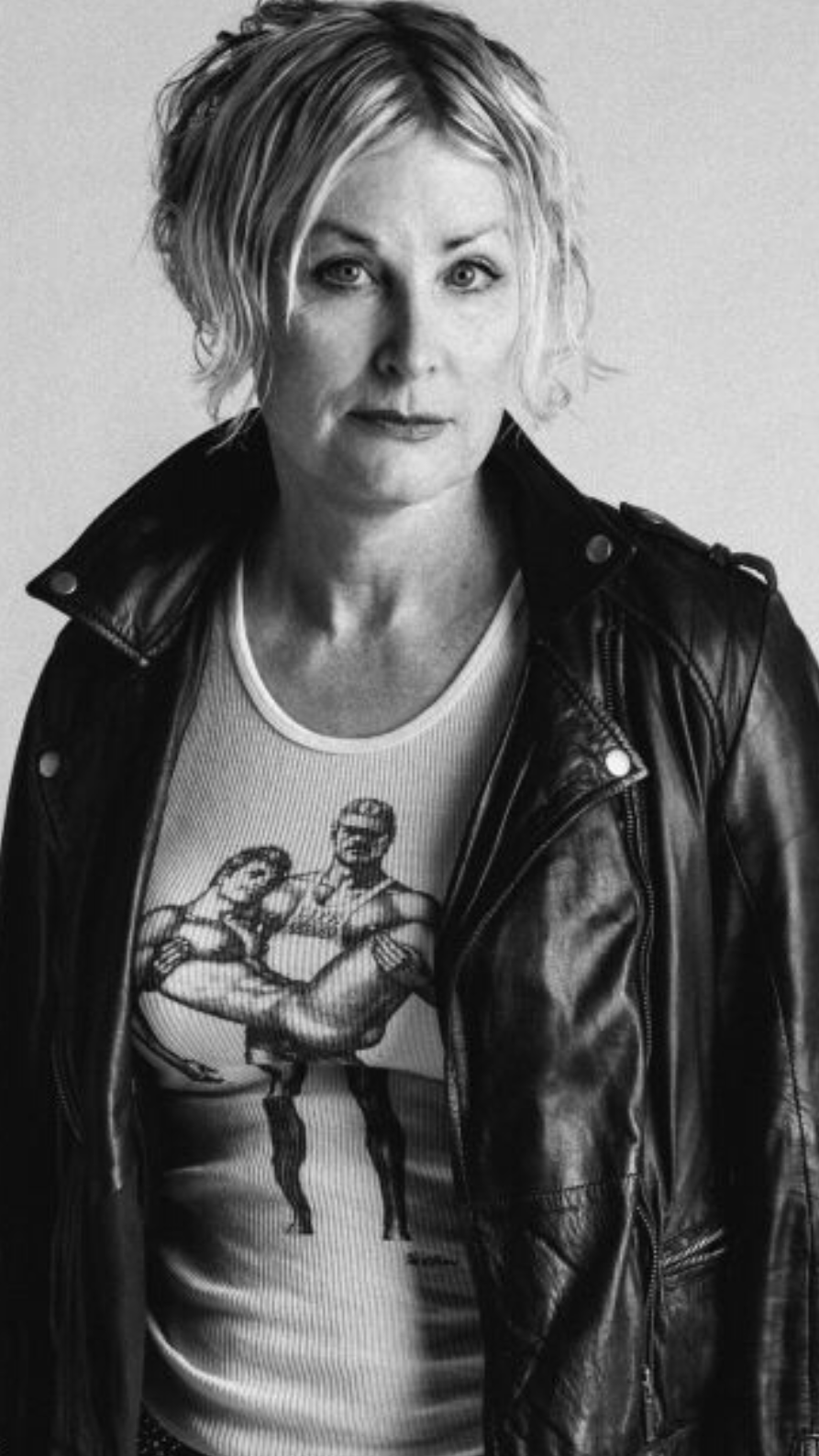 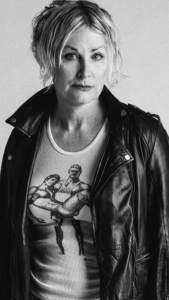 Talented and creative, Transgender recording star, Shawna Virago has recently released her newest album, “Heaven Sent Delinquent”. It tells of 10 stories, of queer rebels and their odyssey, through oppression, and the potential violence that they face each day. Her music is a fusion of folk, country, punk, and heartfelt soul. It is available on vinyl, CD, iTunes, Amazon, and Soundcloud.

“These are the stories of my generation – a generation of transgender people who came out long before the internet, before transgender celebrities and reality TV stars…before anybody gave a shit about us.”…..Shawna Virago

Her music has been profiled in publications such as Bitch, the Advocate, and Curve magazines. She is also the Artistic Director of the San Francisco Transgender Film Festival, and a published author. This is her very musical story….

Louder Than War: When did you decide the world of music was for you?

I’ve been playing a long time. I remember I heard punk rock in the late 70s. That just set off a spark for me. That’s what I wanted to do. It’s a story that we all heard a thousand times. That music gave a lot of us permission to become musicians or artists. I had a very cool uncle. He was probably 10 years older than me. One day I was at his apartment and he had a vinyl import of Sex Pistols, and Clash, and these other British punk bands. It was like the great awakening. I was 15 when that happened. So that was it.

I get it, you’re speaking to someone who is wearing an Adam Ant sweatshirt as we speak.

You know, when Adam Ant first came out, I loved them so much. That great sound with those two drummers. I think he’s really under-rated. I feel he got flagged by the press when he came out. I think he made the mistake of being handsome. Normally that’s not a liability, but for him I think it was, maybe.

Your music is very unique, in that it has transgender messages. I would like to hear your story.

Sure! Music is always first for me. Then my gender exploration is always parallel with my passion for music, but it’s definitely number two. I think for me going to punk rock in the 70s early 80s kind of gave me an aesthetic for life. I don’t know if I would’ve become interested in music. I also feel that the people I’ve been noticing  are influenced by the work of these great punk women like Exene, and Poison Ivy, I feel that they were really influential for me. People ask me what movie stars visually was  I interested in. I told them none. I was interested in artists. I was interested in Exene’s writing, her stage persona, and the punk-a-billy guitar playing of Poison Ivy. I lived in LA then and there was this mixture of punk, country and rockabilly. So I followed those people as well. I saw Johnny Cash, Jerrylee Lewis, in a club called the Palomino club. I always feel people are kind of surprised when I talk about the music first. They think it’s the gender first. Definitely gender is important to me. Being a trans person I feel it’s my life, and it was a path I wanted to take at a very early age.

I feel like your music is so tied in with your gender.

Defiantly. I do come from a different generation of trans- people now. I was asked to write something last year about the importance of the Internet for trans people. I had to tell these really well-intentioned people, that the Internet played zero parts for me. I was getting information from adult bookstores. It would be a secret stash of magazines and a handful of autobiographies like from Christine Jorgensen and Renée Richards. Then going to clubs like the Queen Mary. It was definitely a very underground experience. It’s almost like we never saw day  light. We were afraid for our safety. I have friends who are young,  who have a different experience, but they are still going through the ringer, with employment discrimination, and street violence. But I feel just as I identify with a certain generation of music. My trans experience probably formed around 1985 to 1995. I’m grateful that I’m still here. I feel like my songwriting, especially on this record, I felt the need to write about stories and experiences that impacted that generation of us. Before Time magazine decided to have a trans moment.

I have to say, and I don’t mean this as a criticism, but now we have people that maybe have a lot of privilege, who never came out, but have suddenly become spokes people. Maybe they should wait a decade, and then decide if they feel qualified or not. I don’t mean to be snarky but, I don’t care about Kaitlyn Jenner. Good luck. You know what, it’s boring. I don’t know if she is self-aware enough to know that she’s a geek show. How does she have a life, how does she go to the supermarket?

Your video, “Gender Armageddon”, what inspired that?

That song is about a friend of mine, named Christopher Lee. He passed on a couple of years ago. He was an underground, erotic filmmaker. We had a lot of these sort of adventures, still acting out as hooligans. We did things like break into apartment complexes just to use their pool and people had no idea who we were. That was a phrase if you knew Christopher, was very apt to describe how he looked at the world. He was very much like the high school bad boy. We had our own version of on the road. So I just wanted to write an  homage to him, to our friendship.

Do you have a favorite song to perform live?

I feel like what I care about writing is writing albums. So the collection of songs matters to me, and how they work together. They imply a story or tell a story. The centerpiece of the record is a song called, “Burn Out”. That song to me is kind of a coming of age story. A queer coming-of-age story.I feel I wanted to write this based on my experiences. This sort of experience with sexual encounters from people who didn’t want to come out about it. Almost questioning if it even happened. Which I’ve actually had that happen to me. I feel like that is the centerpiece of the album and I really like to play it live. I feel very attached to it. One thing about the album was I wanted it to be very sparse. I didn’t want to start burying songs under guitars and harmonies to make it more listenable. I wanted the songs to be presented very much like I play them, so they would connect with the people that I wanted to connect with.

Will you be going out on tour in support of the album?

I grew up all over the country. I had parents who were stuck in a permanent adolescence. They kept chasing the economic opportunities, from coast to coast. I lived in Los Angeles, and in the south east in North Carolina…lots of schools….that was not fun. I think also that’s why music was kind of the escape. I feel like the punk scene in LA was really important to me.

When you say that you like it I appreciate that because I want to connect more with people who care about the word. I think that’s important to me, and not having a pretty auto tuned voice. It’s not interesting.