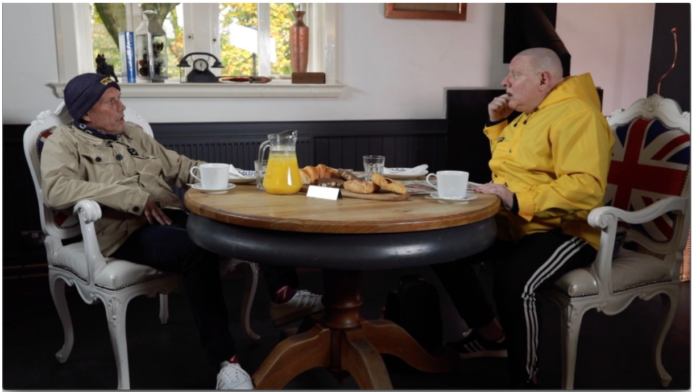 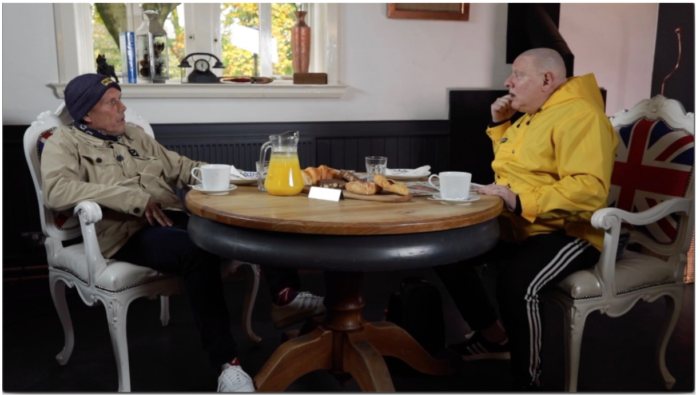 Sundays will never be the same again – Shaun and Bez are launching their own YouTube channel!!!  ‘Shaun & Bez: Call The Cops’ first episode will go live on Sunday 25TH October 2020 at 12 midday.

Following their amazing success on Celebrity Gogglebox, where the nation took them to their hearts, they’re meeting up for breakfast once a week to chat about some of the stories that have made them legendary. They may not be able to remember everything clearly, but they’re guaranteed to have a lot of laughs along the way.

From the moment they first met – 37 years ago – right up until the present day, they’ve seen and done it all. And the rest…

We’ll be finding out how they got their first big break, what happened on tour and about their own experiences in both the Jungle and the Big Brother house and why their friendship has remained so strong for so long.

With a new episode every Sunday they will also be joined by old friends, reminiscing about the good old days as well as sharing their wisdom about the future.

Shaun and Bez’s audience spans across all generations and includes Happy Mondays and Black Grape fans as well Big Brother, I’m a Celebrity, Gogglebox audiences. The YouTube channel chats will uncover hilarious stories from the past as well as their recent day to day struggles including getting to grips with modern technology.