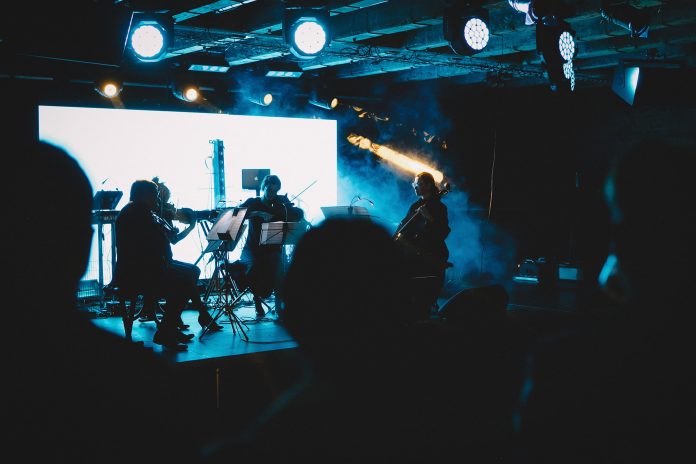 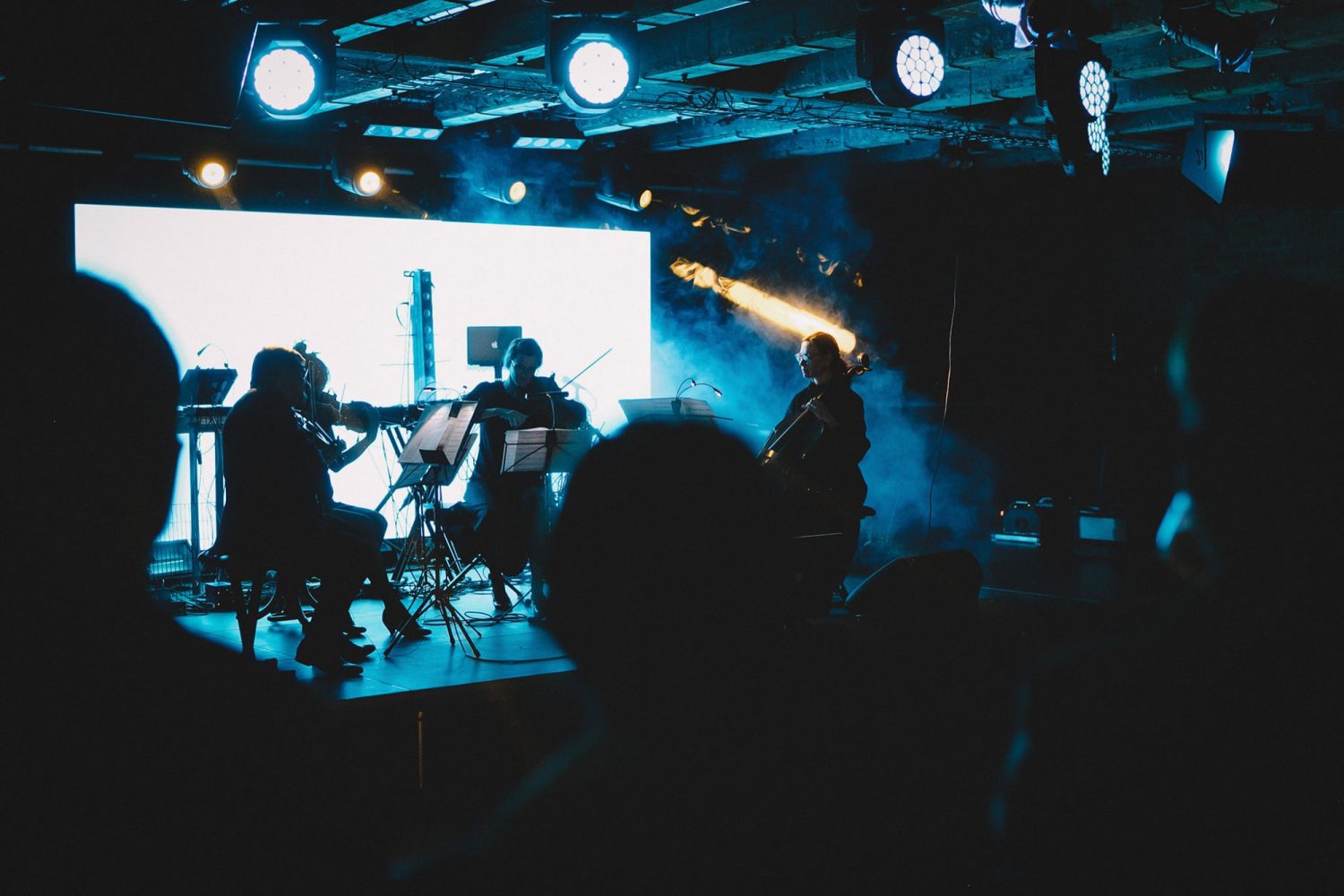 I could be exaggerating but the number of establishments selling coffee, cakes, ices and other sweet-toothed delights seem to be everywhere in downtown Bratislava. Maybe it’s in line with a general trend for us Moderns to stuff themselves with sugar. Picking and mixing is also a trait associated with showcase festivals, where national music export offices, international bookers and the odd journalist come together to indulge in a short, sharp, sensory overload, and try to make sense of things once the haze has cleared.

Bratislava’s Sharpe is one such event. This relatively new showcase can, initially, be seen as another attempt to bring a sightline to otherwise underrepresented scenes and sonic phenomena, from countries rarely noticed on pop’s traditional landscape. In that, the festival is a bit like Ljubljana’s MENT and Tallinn Music Week. Of course, there are many differences between all, but the concept is still needed, certainly for those who can’t place Slovakia on the map or tell the difference between the Baltic countries.

One of the best things about Sharpe is its location in the huge old chemical institute now a cultural centre, Nová Cvernovka. There are three floors with stages as well as an outdoor stage and a bar in each. Better, there’s not too much gig overlap, meaning you can see a bewildering array of acts. Those who are too assiduous in their task of watching music can be forgiven in wondering what they saw at the end of a day.

One thing that did come through the fug of neverending gigs was that women or female-identifying artists shaped the 2022 programme. Maybe this edition heralded the fact that the days of lads with guitars are truly over: for now. A quick roundup should definitely include the beautiful, charming and astutely stripped-down chamber pop of Nina Kohout, chiming and multifaceted contemporary pop sounds from Amelie Siba and Tolstoys, and NOV, who cooked up a fabulously rich, sometimes mystical shoegaze. Then there was an intriguing interface between rap and modern chanson from Ljubljana’s Sahareya and a phenomenal rap show from Israel’s Agat, backed by a live drummer. These last two artists want to forge new ways in rap and hip hop, looking to burn down old assumptions and moribund styles with razor sharp attitudes and a fascinating approach to beat, pitch and presentation. Both gigs felt genuinely exciting and precursors to something new. Some counterpoint was given by some fantastically thudding, concrete-hard techno and industrial on the Underground stage by two lads: Poland’s Chino, and local legend Inkwall, whose enervating, shifting set felt it drew on pantropical ley lines as well as local ones.

Personal highlights were sound artist Adele Mede, who played her recent LP Szabadság, seemingly in full. Standing on the small podium on the bunker-like Underground stage and swaying in a reverie behind her laptop, Mede mixed in loops of voice, birdsong and sounds of a flowing river and sang in her native Hungarian, with a smattering of Slovak and English. It sounds very modern, very humdrum and very arty, but Mede was captivating; impossible to escape for those drawn into her world. Near the end, she walked through the audience singing in a clear voice, using the low concrete ceiling to transport her song through the crowd. A simple, shattering performance. Another gig of note was served up by Slovenia’s rouge ah on the fuggy KABINET stage. Rouge ah, aka Urska Preis, fused some way-out, pedal-powered noise, sonic explorations of the classical harp, a re-examination of what soundtracks should sound like and supping cans of ale, all in one go. It was a monstrous gig: outrageous, beautiful and somehow very exciting. Minds were blown, even under her baleful stare.

Let’s remind ourselves that events such as Sharpe are there to also sell music to others, who in turn sell it on to whatever market they think fits. Over the weekend we were treated to two radically differing approaches in getting on a bill. These two sets reminded me of the Top of the Pops scene in Pete and Dud’s 1967 film Bedazzled. Look it up. Firstly, KOI KOI’s energetic show was generous and wildly enthusiastic, a perfect festival show in fact. The singer, a puppyish everyman flanked by two arch women on keys and bass and backed by a tremendous drummer, created a platform for a sound that veered wildly between Bregovic-style cabaret and noughties Belgrade rockisms. A sweaty crowd joined in, goaded on by some wild stage antics. Perfect fun. By contrast, Amsterdam’s post-post-punks Global Charming were ruthless; surgical in their use of stagecraft, allowing quieter newer, more abstract numbers create a tense, slightly paranoid landscape that slowly pressed the audience in one direction, like sheep being unwittingly herded towards a pen. The audience sensed something was coming, then, around the gig’s midpoint, the beat became more mainlined and sensual, the guitars cracked into life and emotional surrender was complete. They are a fabulous live band.

Sadly, the world as it is can’t be ignored. The brutal Russian invasion of Ukraine is marked with an emotional panel centring on how we can best help this country’s brilliant music to shine through the darkness. Seeing Ukrainian colleagues now exiled or on the military reserve is a sobering one, to put it mildly; made more so by the opening address from Ukrainian popstar DaKooka, aka Kareryna Eremenko who broke her war-induced silence to write and perform new track on the day itself, as part of a transcendentally brilliant display of pop and modern classical balladry on the RADIO-FM stage. The opening night was dominated by two artists who directly commented on the war: Miroslav Tóth and the Dystopic Requiem Quartet played Nénia pre Ukrajinu – a piece specifically written to condemn Russian aggression. The show incorporated a virtuoso display on lead violin, alongside blares and blasts of electronic noise that bubbled through the opening piece, adding a very strong tonal counterpoint to the quartet’s core classical sound. At one point during the quartet’s more intimate and unaccompanied pieces, the lead’s specs dropped off his nose during some frenzied bow-work. Dismissing any well-meaning attempts to put them back on, he continued to the set’s end, in a determined trance. After this was producer Isama Zing’s shattering performance, which seemed to incorporate every sound the world has ever known. It was an experience too all-encompassing to review, frankly. Imagine a tuneful volcano blasting out the latest Roma hit.

Let’s all hope for better times ahead. And a free Ukraine.