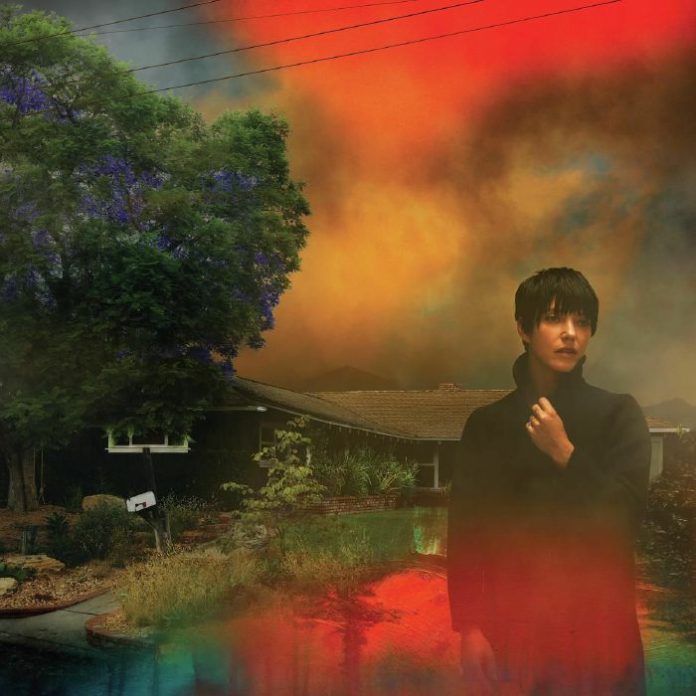 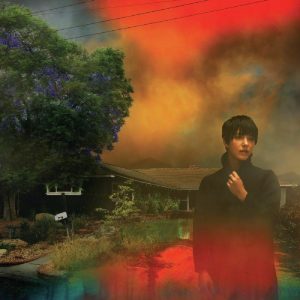 We’ve Been Going About This All Wrong

Sharon Van Etten delivers a spellbinding sixth album filled with bangers and big ballads – an intensely personal meditation on starting a new life in new home in a pandemic.

Remember when we used to listen to an album from start to finish? When a record had five tracks on each side and you put Side 1 on, getting up only to turn it over and listen to the other side?

That’s what Sharon Van Etten wants you to do with her new album.

She’s taken the courageous and startlingly uncommercial decision not to release any advance tracks – no singles, no videos – from We’ve Been Going About This All Wrong. It does not include either of her last two singles, Porta and Used To It (though you can watch the videos below); nor does it feature her Angel Olsen collaboration, the glorious Like I Used To (ditto, at the bottom of this post).

Van Etten wants us to listen to this album from beginning to end, to share her journey from start to finish, just like in the olden days before CDs allowed us to skip tracks at will, fast-forwarding to our favourites; before streaming let us pick and choose. It’s a revelation. And it’s a joy to let the artist take control; after all, it’s her own vision and her own work.

The ten tracks are designed, she explains, to be listened to in one sitting, in the order she has chosen: “so that a much larger story of hope, loss, longing and resilience can be told.” The result is a snapshot of her life over the past three years; like all of us, it’s been very different from pre-pandemic life, filled with rather more ups and downs (significantly more of those) but it’s also been one full of major changes planned and begun before all this.

If there’s a suffocating sense of anxiety and confusion permeating the album – its lyrics, its arrangements, its overall sound – then that’s only to be expected. The overall mood is one of disorientation and dislocation; no surprise with what we’ve all been through, with what she has been through. In Van Etten’s case it’s literally true.

Over the past three years she’s become a mother; she’s moved her home 3,000 miles from Brooklyn to Los Angeles; she’s arranged a wedding (only for Covid to cancel it, twice); she’s acted in a hit TV series (The OA) and two indie films, also supplying songs for them; she’s studied for a psychology degree.

She’s also recorded and filmed collaborations with Josh Homme and Angel Olsen, enlisted a crowd of like-minded artists (Fiona Apple, Lucinda Williams, Courtney Barnett) to cover her songs on a re-release of her breakthrough second album Epic, and toured her last album Remind Me Tomorrow, which reinvented her from one-time winsome country-folk singer-songwriter to full-blown electro-goddess.

Then came the pandemic.

It struck just as she arrived on the West Coast, just as she was coming to terms with all those changes: the thrill of motherhood, marriage and moving home countered almost immediately by a wave of fear and apprehension that was only magnified by the pandemic. Little wonder then that the album reflects those contradictions in a set of songs about motherhood, love and the loss of control, recorded and written (apart from two songs) in the purpose-built studio in her new California home.

Darkness and light battle against one another, kept in check by Van Etten’s talent for piercing the hearts of her listeners while simultaneously making them whole again. Things are not really dark, she reminds us; they are, in the words of one song’s title, only “darkish.” And that’s as good a description as any of the album’s mood.

Musically, it draws from each of its five predecessors, from her folky acoustic Because I Was In Love in 2009 through to her electro-goddess reincarnation a decade later on Remind Me Tomorrow. Arrangements cary from simple acoustic guitar backings to elaborate synth soundscapes and ferociously pounding drums. Meanwhile, Van Etten’s voice swoops and soars, from light and ethereal to powerful and anthemic, exhibiting a range beyond anything we’ve heard before.

Opening song Darkness Fades does all that in one song, initially referencing her acoustic roots with just the gentle strum of a guitar before the drums come in and her voice, reaching for the stars in its range and beauty, is engulfed by waves of synthesiser. The lyrics are sad, as they so often are with Van Etten; an emotional response to those life changes: “It’s been a while since I held you close / Been a while since we touched.” But there’s light at the end of the tunnel, as there so often is in her songs: “I’m looking for a way / Darkness fades.”

Another gently strummed guitar introduces Come Back, Van Etten pleading for her partner to reconnect with her, yearning to rekindle the flames of first love. It’s a theme familiar to all new mothers, that need to balance time for their baby with time for themselves, sometimes at the expense of their partner: a theme that runs through the album.

Elaborating on the theme is Darkish, one of two songs written in New York back in 2019 but left off the last album because their mood didn’t fit, goes further. Coming along towards the end of the album, it stands out in its stark simplicity, Van Etten singing accompanied only by her acoustic guitar, stripping the song down to its emotional heart: “It’s not dark / It’s only darkish.” Once again, a ray of light at the end of the tunnel.

The song is followed by further elaboration on that theme of light among the darkness. The penultimate song on the album, Mistakes, is a proper banger, all pounding drums and synth stabs and soaring strings: an electro anthem with an unmistakeable message of forgiveness: “Even when I make a mistake / It’s much better than that… Even when I make a mistake / Turns out it’s great.” Amen to that.

Elsewhere, Van Etten writes and sings directly about her son (now five years old), an electronic simulation of a child’s heartbeat introducing Home To Me, her voice at its most yearning over a slow, ominous tune rooted in the twin flames of terror and unconditional love that accompany the birth of a first child.

Fluttering synth arpeggios grow in intensity as she articulates every mother’s fear – that one day that small helpless child you want to hold and protect for ever will grow up and leave you. “You come home to me,” she recites, over and over again, as if by repeating the phrase she’ll ensure it will happen.

Not that this is a maudlin album; far from it. There’s an epic quality to many of the songs, not least Anything, a song that could have come from her second breakthrough album, aptly titled Epic. Once again she articulates her anxieties over a simple acoustic guitar (“Up the whole night / Can’t stop thinking about peace and war”) before the song builds and blossoms into a full-blown anthem.

Yet it’s filled with anxiety: guilt about sneaking a cigarette in the garden or an afternoon drink when the baby finally goes down. “It could have been anything,” she sings, before confessing, over and over again: “I couldn’t feel anything.” The ambiguity in those words, (is it satisfaction or shame, optimism or reget?) sums up the record as a whole.

I’ll Try addresses the pandemic directly, its thunderous drum salvoes underlining the lyric, again pitched somewhere between defiance and apprehension of a world filled with terrorism and war, racism and misogyny, even before Covid inflicted a new global wave of terror: “Let’s go march, I’ll go downtown / Wear my protection… Worldwide intervention on the ‘Do not touch’.”

So too, in an entirely different way, is Headspace. Probably the song most likely to have fitted on Remind Me Tomorrow – and perhaps the one you’re most likely to end up singing in the shower – its musically like Ultravox with its squelchy synths and whipcrack drums, building towards an anthemic mantra-like chorus of “Baby don’t turn your back to me.”

The album ends, aptly, on an elegiac note. Far Away is one of two songs written in New York back in 2019 (the other is Darkish), it’s a slow, ethereal affair with Van Etten duetting with her own backing vocals, culminating in the hypnotic repetition of the refrain: “Long gone I’ll see you far away.” You’ll be singing it long after the final notes have faded.

We’ve Been Going About This All Wrong is, like all of Van Etten’s albums, an intensely personal affair that takes us on a journey of hope, loss, longing and, as always, resilience, while asking big questions. How do we protect the things most precious to us from destructive forces beyond our control? How do we salvage something worthwhile when it seems all is lost? And if we can’t, or we don’t, have we loved as well as we could in the meantime? Did we try hard enough?

There are no easy answers in what is a powerful meditation on how life’s vicissitudes can be both terrifying and transformative in equal measure. But however “darkish” the experience of confronting our own vulnerabilities and weaknesses, the more we learn and, generally, the more we grow. And, if we learn one thing from listening to this album – and it really should be listened to in one sitting – it’s that Sharon Van Etten, for all the insecurities of which she writes and sings, has been going about this business of making music all right.