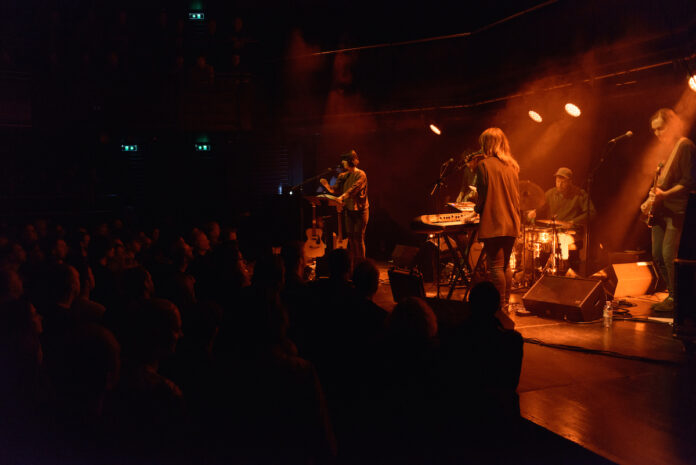 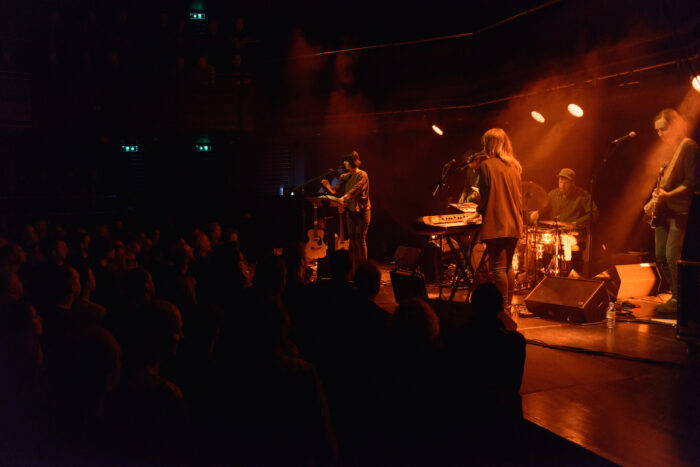 Sharon Van Etten rides into town on the crest of a wave, as she casts her spell over this gorgeous venue. By the end of the night, we’re sure there isn’t a dry eye after one of the deepest and most heartfelt sets we’ve experienced in a long time.

I’ve long admired Sharon Van Etten for the honesty, heart and emotion she pours into every song. She’s been to some very dark places but lived to tell the tale and tonight sees her arrive in Gateshead at the tale end of a tour that’s taken her across Europe.

First up, though, is the incredible multi-instrumentalist Sam Amidon surrounded by his various instruments. As the folk crooner sets about the packed crowd with beautifully epic songs like Blue Mountains it’s hard not to fall under his spell. Tracks like Groundhog Variations make everyone smile with its quirky subject matter, as do his stories about Bruno Mars.

Sam’s set is over all too quickly and he makes way for Sharon to take to the stage as she opens with the incredible Afraid Of Nothing. Her soft voice fills the room, the crowd completely hushed as she casts her spell. She could do or say almost anything and continues to astound with every song. 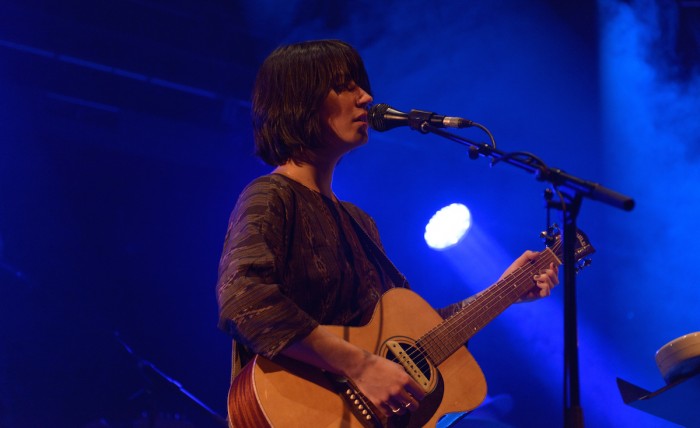 Her effortless style rings out through the room, the depth and heart of Get Out is touching and heart-wrenchingly beautiful. As with most of her songs there’s a darker meaning that lies beneath even though between songs she’s upbeat, cracking jokes and laughing.

You can’t help but concentrate on the dark lyrics and by the time she plays Break Me its becoming increasingly difficult not to be overcome with emotion. Despite her lightening of the the mood it’s a heavy evening in keeping with her recent quote that we should be worried when she writes a happy song.

Even new track I Don’t Want To Let You Down is underpinned by a dark message and this is what I’ve come to expect and love about Sharon Van Etten. It’s not the easiest of listening experiences but she tugs at your heartstrings with ease.

There are few artists with such power and brilliance and she saves her best until last. Your Love Is Killing Me is an absolute masterpiece – if this song doesn’t move you then you must have a heart of stone. Her tales of abuse and anguish seem almost too real and her pain protrudes out of every note as she leaves the stage to rapturous applause and appreciation.

The encore is beautiful, yet nothing can match up to Your Love Is Killing Me. This doesn’t detract from the evening in any way which has been a masterclass in heart, soul and the misery of love, proving that Sharon Van Etten is one of the most incredible songwriters around.