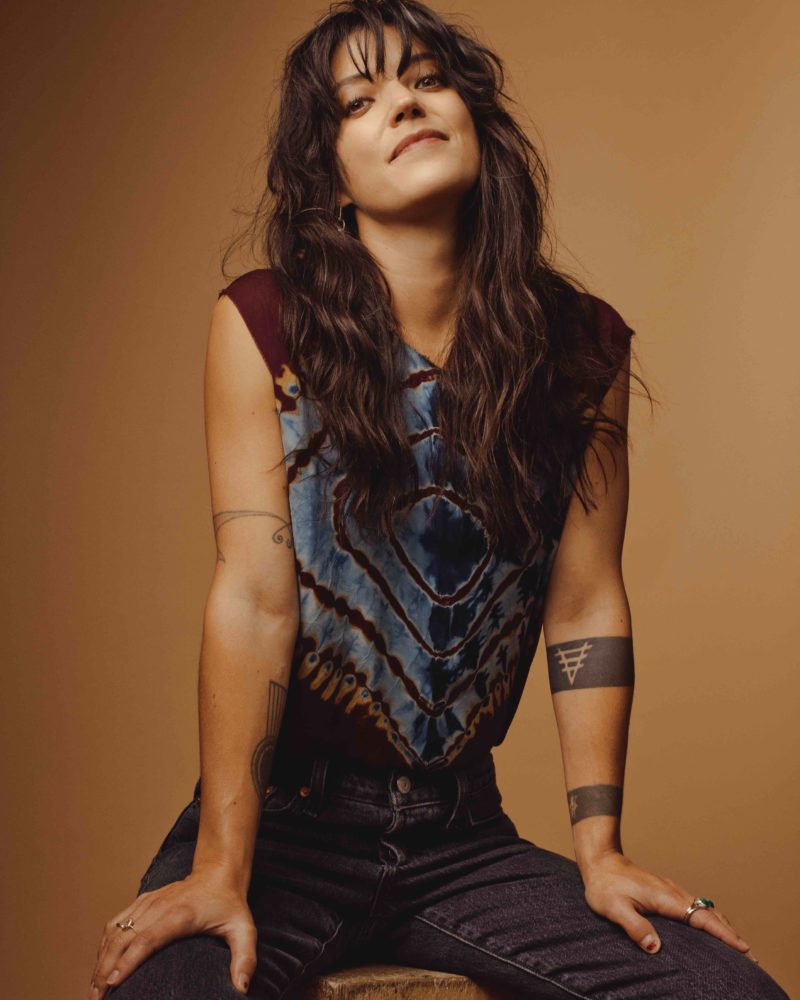 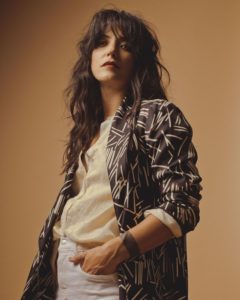 Sharon Van Etten completes her ten-year transition from acoustic folkie to full blown rock goddess with a stunning set at The Roundhouse, invoking the ghost of Patti Smith’s performance there 42 years before. Tim Cooper was there.

There’s a moment towards the end of this triumphant performance when Sharon Van Etten, bathing in the adulation of 3,000 fervent fans, remembers the first time “li’l ol’ Shazza” played in London, a decade or more ago. “There were maybe ten people there,” she recalls, smiling broadly. “So this…” She gazes out over the sea of faces at the Roundhouse. “This is amazing.”

Van Etten’s decade-long transformation from Americana-tinged singer-songwriter into electro-rock goddess is remarkable. So too is her personal growth from a young woman chronicling a catalogue of abusive relationships to a woman of 38 celebrating domestic contentment as a recently-engaged mother of one. She deserves it.

Where once there was the gentle strum of an acoustic guitar accompanying sad tales of love and loss, now there are throbbing synthesisers, thunderous drums and uplifting lyrics filled with optimism, tempered with trepidation of bringing a child into a world filled with fear and not a little loathing.

“I’m not political,” she tells us as her band retreat from the stage after an hour or so, leaving her alone at the piano, getting a bit political. She picks out the pretty melody to Black Boys On Mopeds, Sinead O’Connor’s plaintive, poignant farewell to London for the sake of her son’s future. Recorded 30 years ago, and citing Margaret Thatcher in its accusatory opening line, it may not be familiar to most of tonight’s audience.

You can hear a pin drop for its punchline, Van Etten’s voice soaring to a peak as she sings a lyric that feels more relevant than ever in 2019: “These are dangerous days / To say what you feel is to make your own grave.”

The show begins, following a snatch of Portishead over the PA that points to the inspirations behind her latest album Remind Me Tomorrow, with a cacophony of ominous synths, electronic bleeps and thudding percussion: a furnace of white heat to match the white lights through which a slight figure appears, in a blue crushed-velvet jacket over a plain white top, singing her hymn to love, Jupiter 4.

She takes us through most of her new album Remind Me Tomorrow, from the Suicide-referencing sonic swoops of No One’s Easy To Love and the eerie bleeps of Memorial Day to the fist-pumping pomp of Comeback Kid via the romantic innocence of Malibu and Seventeen, her heartbreaking song to her teenage self, articulating all of the hopes and fears of motherhood within a glorious tune. 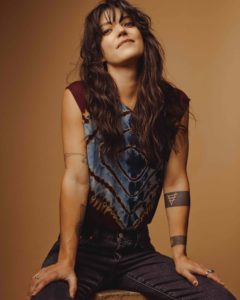 The churning electronic mood is balanced by a break early in proceedings to play guitar like she used to do and sing the delicate, devastating One Day, from her second album Epic a decade ago, but there are only a handful of songs – three in fact – from those early albums and just two from her last collection Are We There?

They include the anthemic set closer, Every Time The Sun Comes Up, a song that somehow finds strength in what sounds like a coercive relationship. Typically, she finds humour as well as defiance, in writing about it: “You say I’m a one-hit wonder,” she sings. “But what happens when I have two?”

Van Etten may not literally have had hit singles but she’s having the last laugh on her abuser(s). She plays her biggest not-quite-a-hit, Serpents, as an encore. “Serpents in my mind / Trying to forget your crimes.”  It’s as if, by singing these songs, she is vanquishing the ghosts they conjure and the memories they hold.

At the end of 90 minutes she stands, tambourine in hand, as her guitarist picks out the spare melody of Love More, another song that describes, in confessional detail, a relationship in which she was “doomed and dying with no life, no light.” Back then she knew no better than to take it. “I was younger then,” she sings. “I had nothing to spend but time on you. But it made me love more.” The couple in front of me are weeping in sympathy, clutching each other for support; they are not alone.

With her skinny frame and her long black hair, standing proudly with the tambourine in her hand as she pours out her guts, she recalls another strong-willed Jersey girl who stood on this very stage in 1976, redefining the role of women in rock’n’roll for a previous generation.

If she had been there tonight, Patti Smith would surely have recognised and embraced a kindred spirit, a woman after her own heart. But we’ve come a long way in 43 years and Sharon Van Etten, while doubtless returning the compliment, is not only one of many women but very much her own woman: a woman whose talent is limitless.

Sharon Van Etten’s latest album, Remind Me Tomorrow, is out now on Jagjaguwar in various formats.