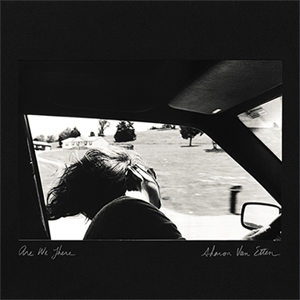 There is undoubtedly a lot of pain in Sharon Van Etten’s music, but there isn’t any wonder as to why she is regarded as one of the best storytellers around. Her beauty and her passion shine through on this pain soaked album, Lee Hammond is blown away by her honesty.

Following on from the critically acclaimed album Tramp, you can’t blame us for having high hopes for Are We There. Tramp was the album that brought Sharon Van Etten out of the dark and thrust her under many people’s noses. It is almost impossible to resist her beautiful music and her equally divine voice.

Fortunately, Are We There picks up where the awesome Tramp left off, songs filled with passion yet such great pain. Your Love Is Killing Me, is classic Van Etten, her beautiful voice yet the track is filled with pure pain and anguish. There is a beautiful storyteller deep inside, but her previous troubles and suffering oozes from every element of this track.

I Love You But I’m Lost follows a similar blueprint to that of your Love is Killing Me, this track has the pain but this time it’s a sense of longing to be back with someone. Almost indecisive in her words “I love you but I’m lost” she sings, as she blames herself for what must have been a break up with a former lover.

The minimal instrumentation heightens the beauty of all of the tracks throughout Are We There; the drumbeats are very deliberate creating a heavy atmosphere that runs throughout the album. The sparse piano adding a small amount of light to this ultimately dark album, the equally sparse guitars add a similar effect.

The themes of loss, heartbreak and pain run throughout Sharon’s music and that is unsurprising having had her talents suppressed for such a long time. We are all better for her being able to unleash her remarkable talents on the world; she is perhaps one of the greatest storytellers in music today. There is a significant depth and power to her music that is almost unheard of in the majority of the bleak mediocre musical landscape.

Are We There is a true breath of fresh air and whilst the subject matter is somewhat bleak, it is presented in such a beautiful way. It is hard to ignore the insane amount of talent that Sharon Van Etten possesses, this truly is a brilliant album and for me it is even better than the wonderful Tramp.