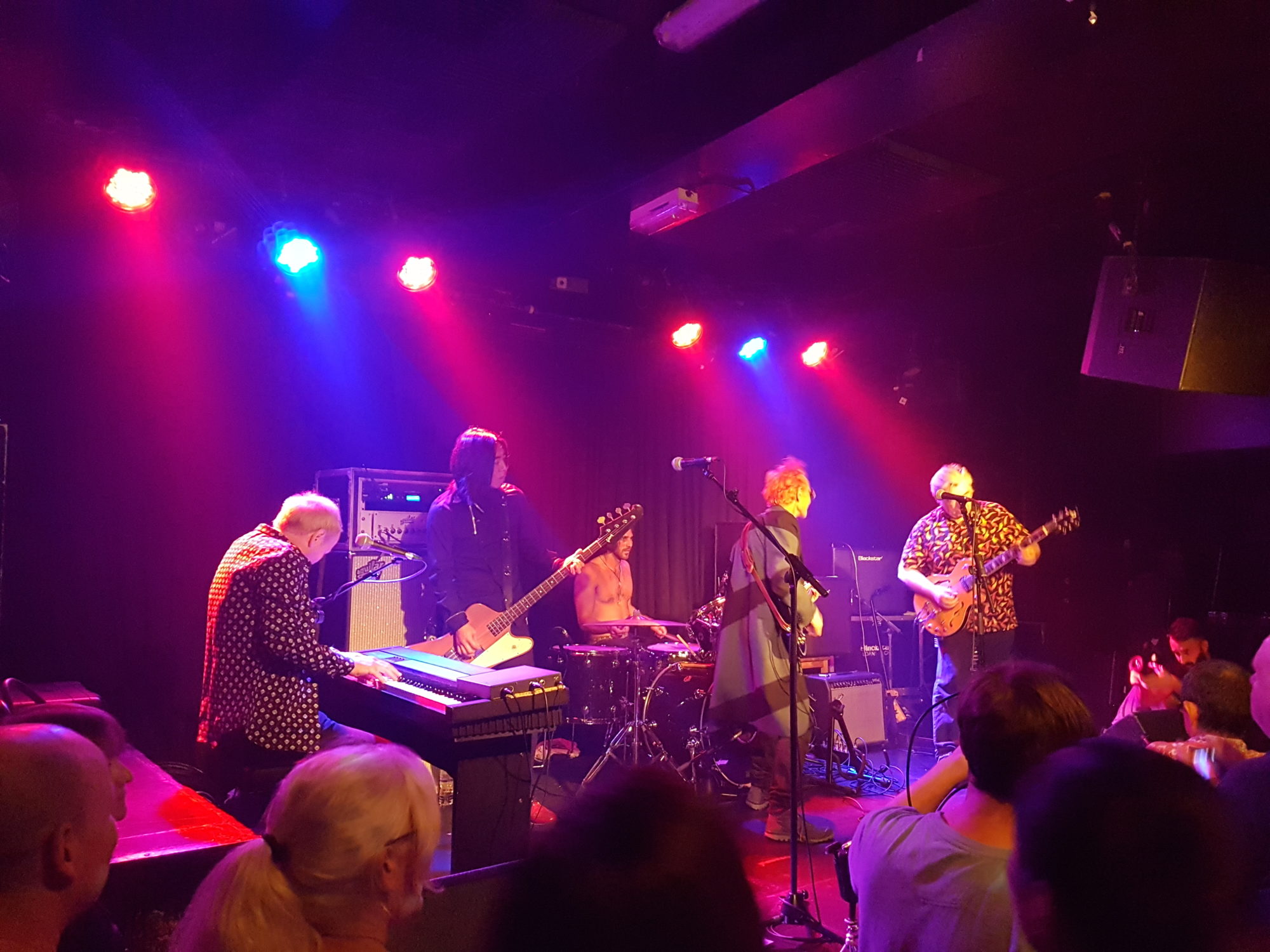 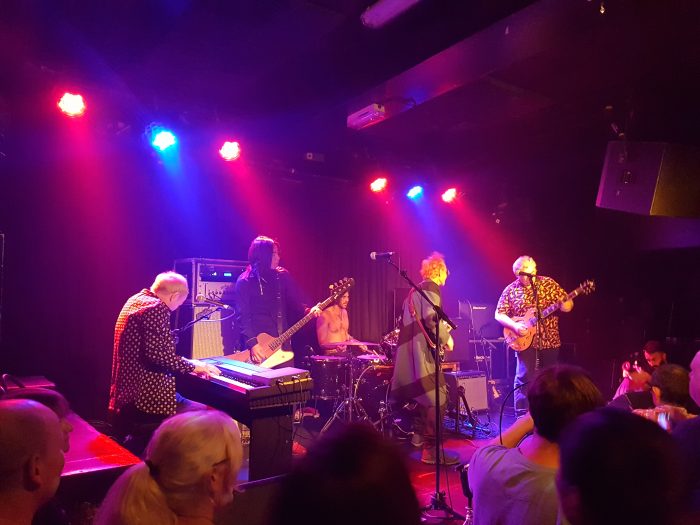 Sharks chose to wind up their short UK tour with an intimate gig at the Lexington. Starting the proceedings with an interview with writer Chris Salewicz, the duo of Parsons and Spedding had a whale of a time reminiscing about the band and their own careers. Parsons’s rant on rap showed how passionate he still is about music and the process of making it while Spedding’s dry sense of humour and matter of fact patter on his life as a session man seemed totally bewildering when you check his resume. The description of their creative process by Parsons also had the crowd in stitches.

Unfortunately, the interview also contained the rather sad news that this would be the band’s last show ever. They are putting together the finishing touches to a double LP and a documentary but as Parsons said, there is simply not enough interest in the band to make touring viable economically.

The acoustic set that was advertised was scrapped because after all it was better to “get on with it” as per Parsons’s word. The band dedicated large chunks of their incendiary set to tracks from their forthcoming double LP with a few classics from their seventies work thrown in. A reworked version of the King Mob song “Who’s Chasing Who” rocked the house with a splendid Spedding solo as did a cover of The Rolling Stones’s “The Last Time”.

After a new track titled “Mr Sloan”, the band was joined by long standing keyboard player Nick Judd who Steve Parsons credited with steadying the ship after Andy Fraser’s departure. The band was already on fire but from this point, they became phenomenal. Spedding’s playing on “Sophistication” and “Snakes and Swallowtails” was outstanding while Parsons pranced around the stage like a man possessed, even opting for an outfit change during a cover of 22-20’s “Devil In Me” (prompting Spedding who missed his disappearance to mutter “Where’s he gone ?”). The rhythm section of Tosh Ogawa and Gene Clark proved absolutely rock solid, creating the perfect frame for the three original members to work their magic. Keeping the set compact was a wise move and the one song encore “Music Break Out” left the audience wanting more but also on a high.

Sharks have launched a Pledge campaign to raise funds for a documentary on their history. For further info on Sharks you can check their official website: sharks-band.com. They are also on Facebook and Twitter.

December 2, 2020 0
“Two years ago, walking the back streets to avoid the sprawling Christmas markets of Manchester city center, Ebony spoke to me in a playful lament “We are really going broke for Christmas this year”.
Read more