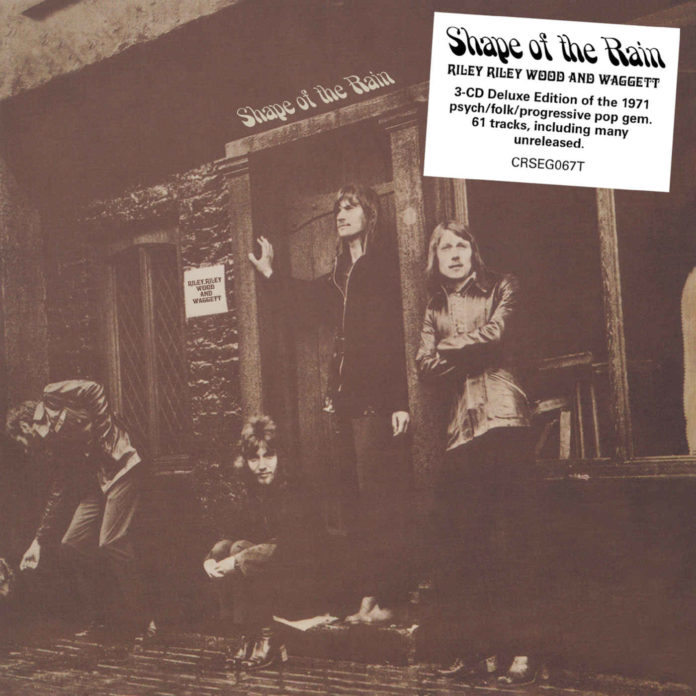 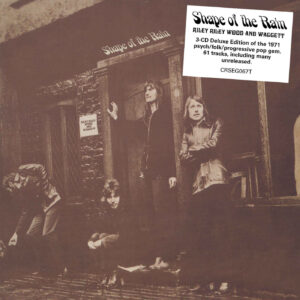 Lost jewel of seventies power-pop gets all their recordings compiled in this 3CD set. Louder Than War’s Craig Chaligne reviews.

Born in the mid sixties in Derbyshire, the band that was to become Shape of the Rain spent the next five years playing clubs and venues in the area. Contrary to most of their comtemporaries, their repertoire even in their early days had a heavy emphasis on original material. Despite this  fact it took them almost five years to secure the record deal that would enable them to record thei first (and only LP). Unfortunately, a combination of mismanagement, label bankruptcy and let’s face it a musical style that relied on melody rather than the technical pyrotechnics of prog-rock that were becoming the norm at the time led to their debut sinking without a trace. Fast forward fifty years (!!!) and we are now treated to this beast of a reissue (3 CD’s of material) that comprises the original album augmented by demos from the whole lifespan of the band plus a selection of live tracks.

The material on “Riley Riley Wood & Waggett” is strong and straight away you can see the connection with Badfinger described by David Wells in the liner notes. If they don’t scale the same heights than Badinger did while Pete Ham was heading them, Shape of the Rain manage to rock with confidence (“Woman”, “Yes”) while at the same time displaying a more gentle and melodic style (“Patterns”, “Wasting my Time”). It is strong songs all around but the record is missing a killer track (“No Matter What” or “September Gurls” spring to mind). Drummer Tad Waggett says the band were heavily influenced by Pink Floyd in their early days and the track “Willowing Trees” certainly accredits his words. The jangly “I’ll be There” is a pleasant track and the lengthy  “Broken Man” enables the band to stretch their muscles on the instrumental front. The single “My Friend John” with its unexploited commercial appeal is catchy country rock number.

The rest of the first CD is devoted to Keith Riley’s demos for what should have been the band’s second LP. Presented in great sound quality and with excellent vocal performances, these prove that the follow up would have matched the quality of their debut. “The Very First Clown” with a full arrangement could have given a run for its money to Badinger’s “Name of The Game”while the wistful “What You Gonna Do Now ?” and “You’re The One” with its intro reminiscent of “If Not For You” are two great tracks. On other tracks, Riley ploughs a similar melodic furrow to Paul Mccartney (“Nothin’ You Could Do”) or Emitt Rhodes (the vocal resemblance on “We Can Put It Right” is uncanny). It’s a crying shame that tracks such as “It All Depends On You”, “Second Time Around” or “Now’s The Time To Start” (with its country-rock vibe a la Poco) weren’t recorded with full arrangements. Far from scrapping the bottom of the barrel, these demos are a revelation.

After being dropped by RCA following their first album, the band continued gigging regularly and recording songs, all of which are included on the second CD mixed in with demo versions of songs from Riley Riley Wood & Waggett. This collection of tracks was originally released in 2001 titled Shape of the Rain (aka The Red album). First highlight here is the propulsive “We’re Not Their Boys” recorded by none other than future star producer Steve Lillywhite and a more psych outing titled “Hello 503” dating from 1969 and recorded at Abbey Road by Geoff Emerick. A series of demos recorded by the band in 1969 show them adopting a more psych-pop approach which may explain why they were left off from their first LP in spite of their good quality (“Spring” in particular) while another Lillywhite produced track from their 1971 session, “Words” shows them in a funkier mood. We them jump back in time with two tracks reminiscent of early era Who (“Look Around” and “Advertising Man”). A trio session recorded in 1972 with Brian Wood, Keith Riley and Tag Waggett also heralds some gems with the particularly punchy “You Just Call” that you could picture sandwiched between Status Quo and Slade on Top of the Pops while the reflective “It’s My Life” shows Riley had lost none of his compositional flair even if the bands fortunes were waning. A third CD compiles live recordings by the band from three different sources with the best being a 1973 recording at Manchester University with a particularly great take on “We’re Not Their Boys” that show the band were still on top form.