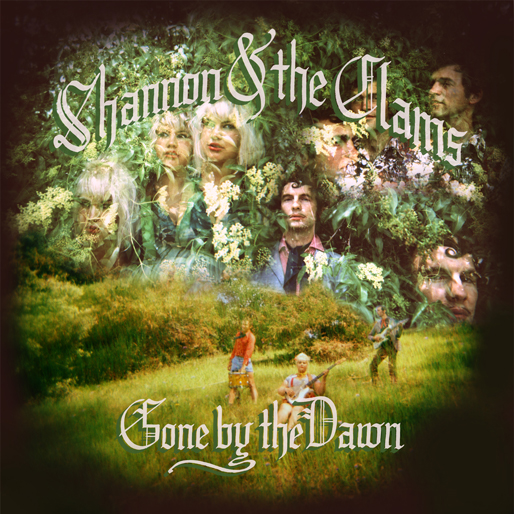 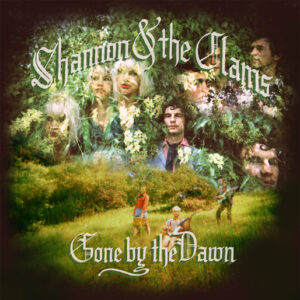 Shannon & the Clams – Gone By the Dawn (Hardly Art)

This is some kind of wonderful.  One of the best, good-time, good-fun, old-time bad-girl, summer-time, singalong albums of the year.  (Really? I was surprised too.)

Hardly Art is a label of quality and distinction, what with La Luz and Chastity Belt who I’ve fallen for this year.  With the Clams, their kitsch, oddball, cheapo videos put me off a bit initially, but the quality of the song-writing and music and the way they embrace and love the old-school genres they explore  won through.  They are a fabulous band ( with a rep for being great live) and after a cursory listen thru bits of their back catalogue this really is their most accomplished and complete album to date.    Given the right song on the right movie soundtrack and they have massive cross-over potential to be huge stars.

They do the Del Shannon, Buddy Holly, Brenda Lee, Wanda Jackson thing with a real zeal and seemingly effortless authenticity that its just a joy.  Despite the fact that half the songs are about ‘heartbreak’.

Shannon herself has a brilliant voice. A natural, don’t-try-too-hard soulful voice. Lower in register than yer average chick (like Helen Shapiro) so that she sounds as if she might be black and also might be a boy. There is something of a Winehouse slur at times and an occasional touch of huskiness.  Before you even see her punk Tracy Turnblad image you know she’s a star from her voice.

The Clams with their kiss-curls, moustaches and Colonel Sanders ties look suitably geeky and actually like how Bill Halley and the Comets looked as to add to their authenticity.

The songs and their titles manage to incorporate evry single Rock’n’Roll  trope and cliche in the book; My Baby Blue to Corvette, “Mamma Said..” to My Maan,  How Long? to Too Late, rhyming Fine and Mine, Lonely and One & Only.  Its genius, how they don’t sound tired and dated, but fresh and soulful. I later read the Press Release which informed me that two band members went thru ‘break-ups’ prior to and during writing this album, well, it was worth the heartache, because these songs are class.

50’s Rock’n’Roll has always lent itself to parody and camp pastishe ;  from the Rocky Horror Show to Grease, Happy Days to Hairspray, and in the UK, Darts to Showadywady; there has always been the good, the bad and the ludicrous.  Shannon and the Clams fall into the very, very good side of things and are a seriously good band underneath the image and silly videos.

The bands ONLY UK GIGS are;