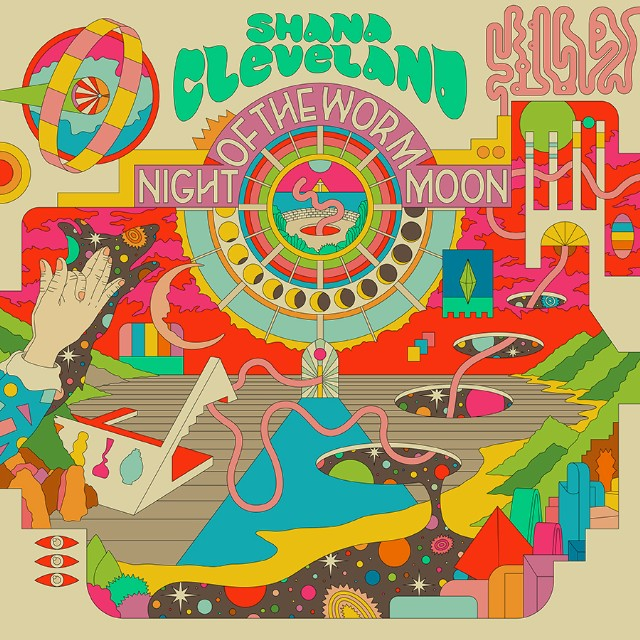 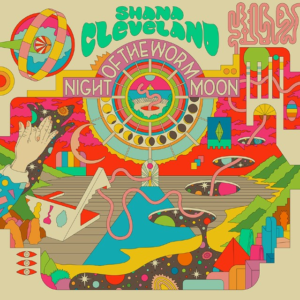 La Luz are one of the most perfect bands around.  Quite possibly the coolest band on the planet. Period.

They have style and depth. Melody and mystery.  Magic and duende.

Hardly Art is a great label too -like a modern US 4AD – all quality, no trash.

I love this bit in the PR…  A serene album that flows like a warm current while simultaneously wrestling open a portal to another dimension.

This is a psychedelic chill-out album perhaps…. but it’s not quite as easy-listening as that may indicate.

At best it has the sultriness of Mazzy Star and the innocence of Young Marble Giants in a psych-folk style, with a Lynchian American Gothic undertone and an air of beautiful sadness.

Appropriately enough, Night of the Worm Moon was recorded during a rare cosmic occurrence: 2017’s solar eclipse. “We took a break from recording during [the] totality and looked at the sun’s image through a piece of cardboard projecting onto a garbage can,” Cleveland says. “When we came back inside the studio was covered in dozens of tiny crescent suns, refracted from a mirrored disco ball that [engineer Johnny Goss] had hanging in a window.”

…and that is a great ‘Don’t Do Drugs Kids, your face will melt!’ video to be sure.

Night of the Worm Moon is a great listen and much more than a handy stop-gap between La Luz albums.  With her drawings, short-stories and music, Cleveland is establishing herself as one Americas most interesting and distinctive voices.

All words Ged Babey except press release sections which are italicised.