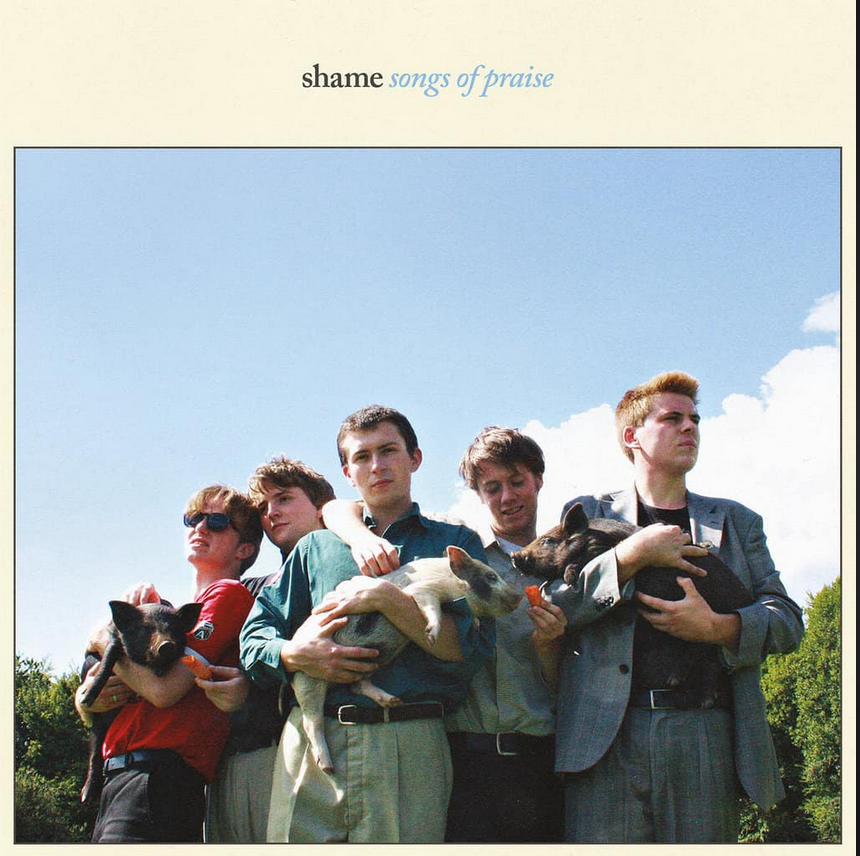 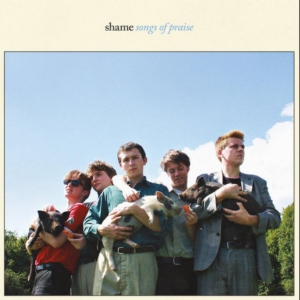 The eternal high decibel guitar narrative has been bolstered in the past year by all manner of sonic adventurers from Fat White Family, Sleaford Mods (older and no guitars but it feels so good!) to Cabbage and the about to explode The Blinders – there is a lot of rightous inventive and thrilling stuff out there and Shame with their timely debut album release are yet another sock in the jaw for the nay sayers and the crusty oldies who clutch their generational classics to their bossom and just wont budge.

As the nation crumbles and the on going post Brexit row continues and the rich continue to laugh at us what else can a poor boy/girl do?

Shame tell their story of living in the South London maze of damp dwelling and high hopes with an infernal energy that is part and parcel of their thrilling skinny kid live show and it translates perfectly onto vinyl.

They have the songs, the urgency and the daredevil attitude to somehow turn guitars inside out yet again for another version of the timeless, buzzing, electric angst. Allied to this are great vocals that vary from introspective story telling to roughshod rabble rousing to sung anthemic sections – all very clever and well thought out.

Shame are a snapshot of the now.

It’s abrasive, it’s not compromising and yet it still manages to be a kind of pop music. This is the reflection of grating modern life. Guitars not quite making sense is always a glorious sound and these songs of love and fury are delivered with this kind of venom and snarky wit are always compulsive and propulsive.

It’s a dark and sleazy world that they reflect back with their play for today vignettes and somehow still prove that the guitar, in the right hands, is one of the most accurate, fecund and feral ways of reflecting modern life back at itself.

The terror of modern life is all in here in an album of addictive and brilliant songs that are post edit notes to the future and a set of tunes that will be tearing up a whole summers’ festivals with their anthemic and dislocating noise.

Shame are yet another ‘most exciting young band in the country right now’ and this album will be a deserved top ten posting about the rat race that is running amok on the British streets where tension can still be distilled into guitar thrills.