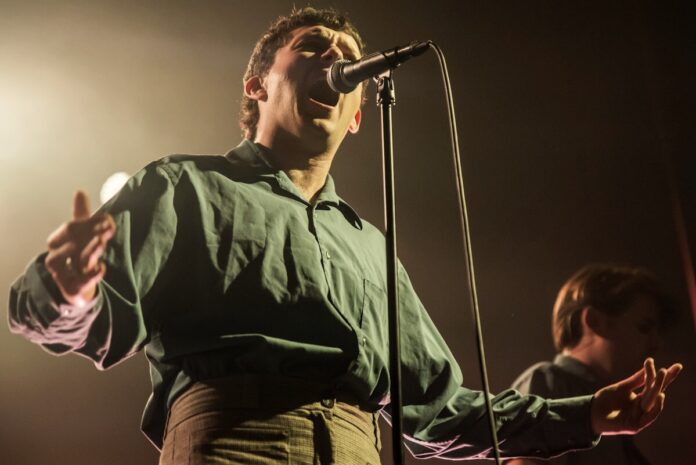 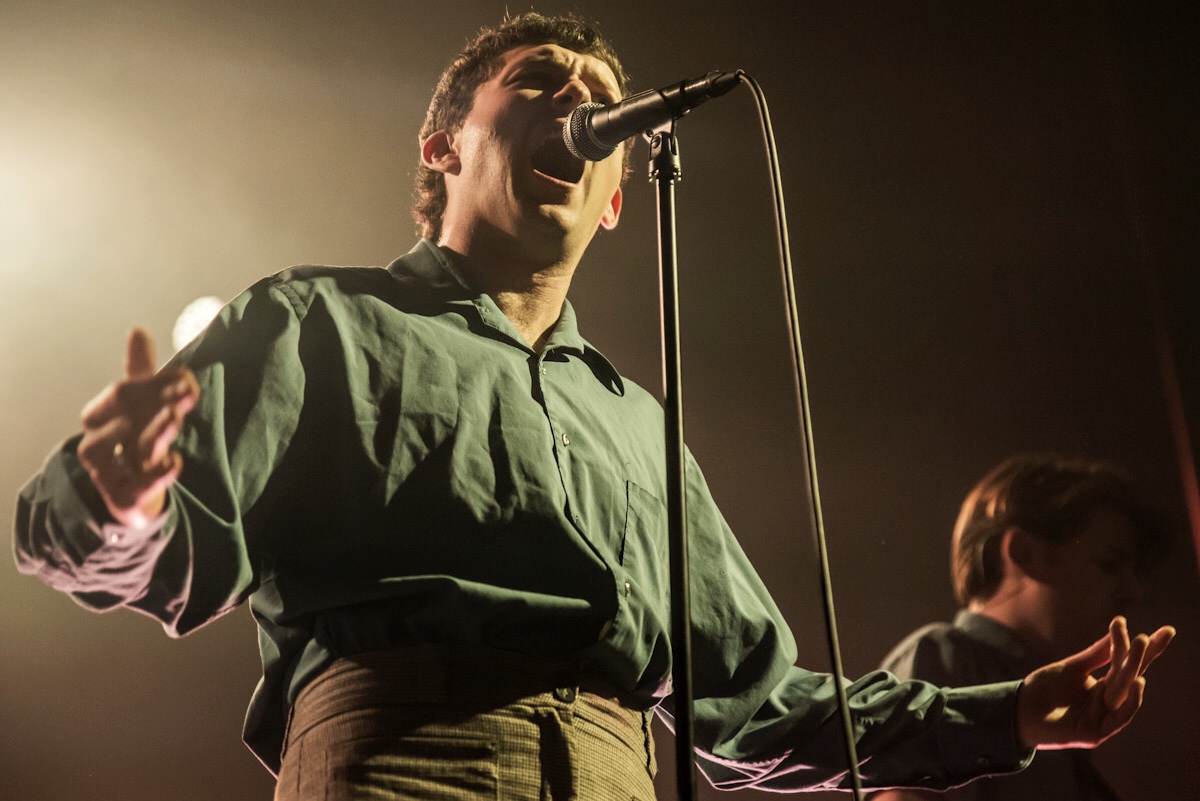 With the release of their second studio album Drunk Tank Pink back in January of this year, Shame have been on the road through November as they bring their UK tour to a close at the end of this week. Louder Than War photographer Michael Bond was in attendance to capture the Manchester leg of their tour at the O2 Ritz.

The boys take to the stage and launch straight into Alphabet, the opening track of the new album, a fast-paced snarling song with swagger, highlighting their intentions and setting the scene for the rest of the evening. This is quickly followed up by 6/1, further translating the energy captured on their albums into their live performances. By the third song frontman Charlie Steen has the crowd well and truly warmed up, microphone in one hand as he sings Concrete and the mic stand held out at arm’s length pointing into the outstretched arms of the crowd.

Moving swiftly through their setlist the energy starts to hit a new level, as Charlie scales the pit fence and stands on the top rail supported by the front row. He then proceeds to step out into the crowd, onto a sea of raised arms. They start to surround his feet and ankles supporting him, as he slowly moves further and further into the crowd, while continuing to sing and now literally 10 feet tall he takes the opportunity to about-turn, putting his full trust in the raised arms of the crowd and falls back in time with chorus and begins to crowd surf, thriving off the energy for the remainder of the song. 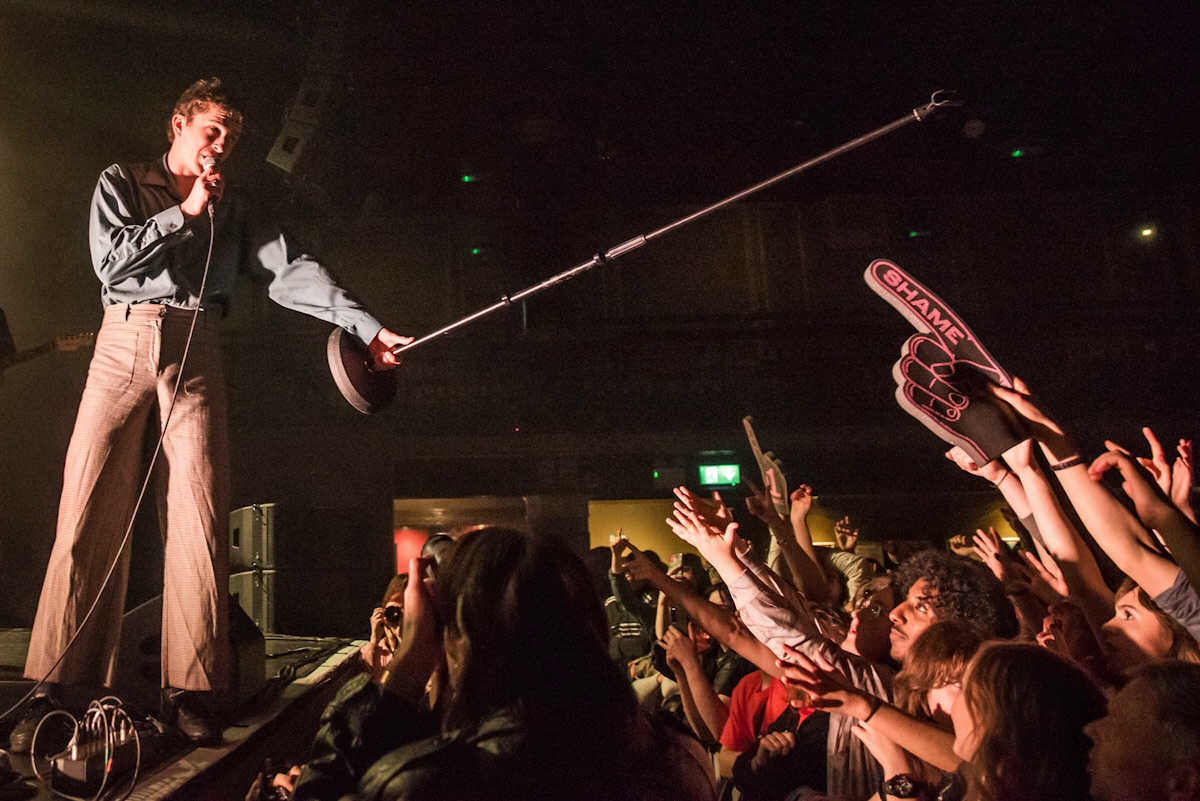 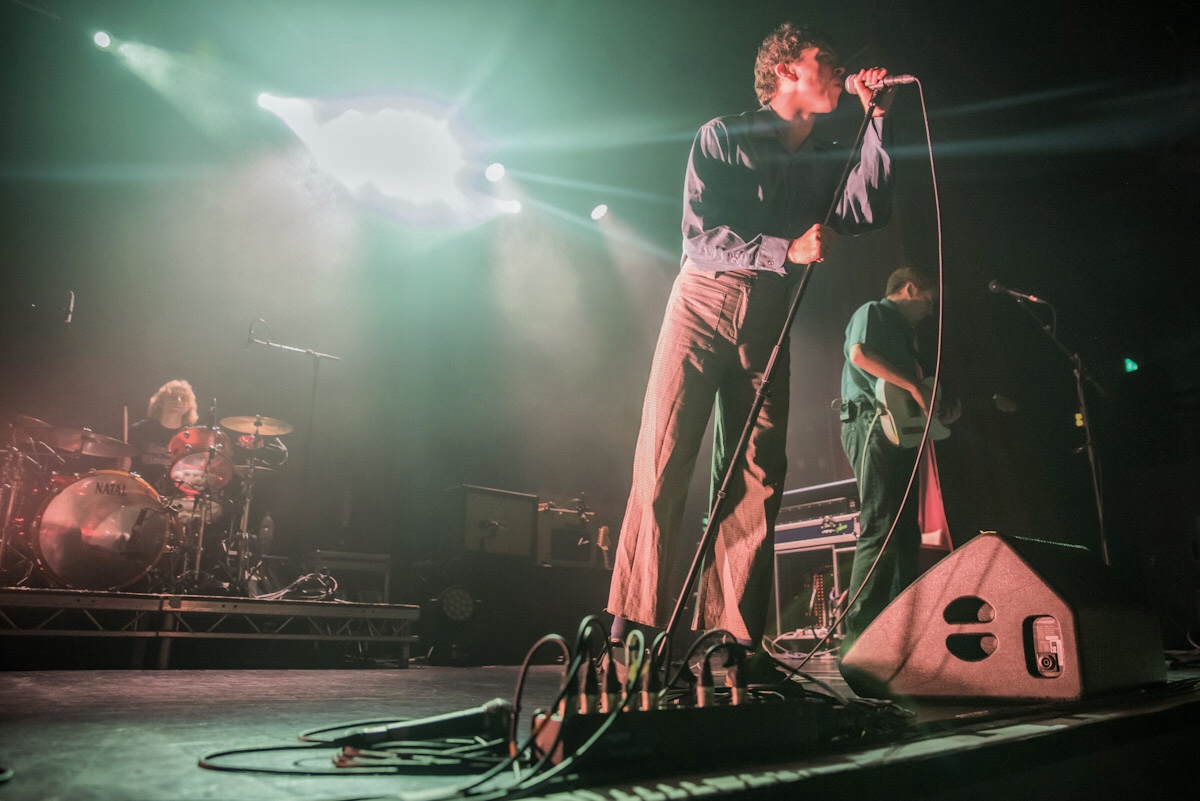 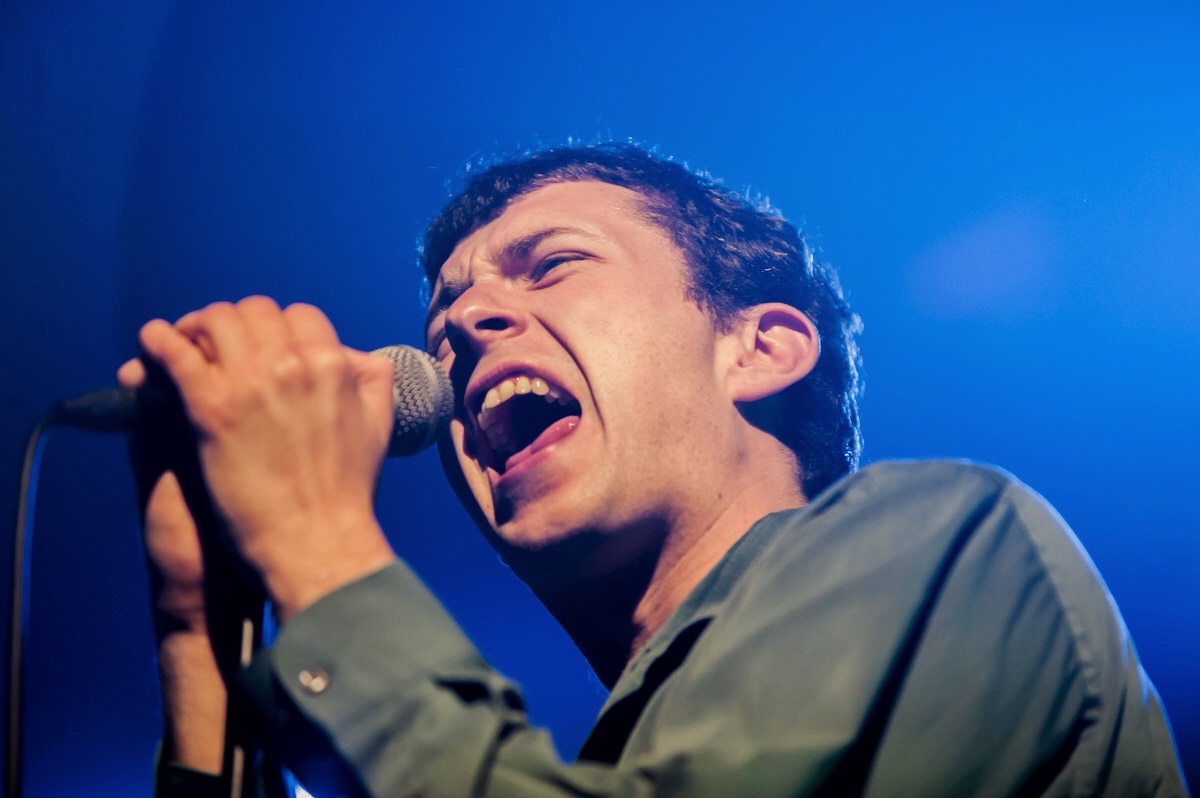 A now shirtless Steen is back on stage, the energy levels remain high as he climbs up and down off the monitors, the rest of the band feed off the crowd, who are now bouncing, as they run backwards and forwards across the stage and jump off the drum kit. They head through a mix of new and old material with the intensity we have come to expect from their live performances.

With a dismantled microphone stand held out at full length, Charlie starts to gesture to the crowd, leaning off the stage and slowly circling it round from right to left, ordering the crowd to follow his direction and create space for the impending circle pit which the crowd naturally oblige. Keeping the best for last Steen proclaims, “we have been practising this next song because we wanted it to be tight” as they break into One Rizla and the crowd goes off for one last time. With their UK tour coming to an end, 2022 is looking promising as the band embark on a 20+ date US tour and no doubt multiple festival appearances through the coming summer.