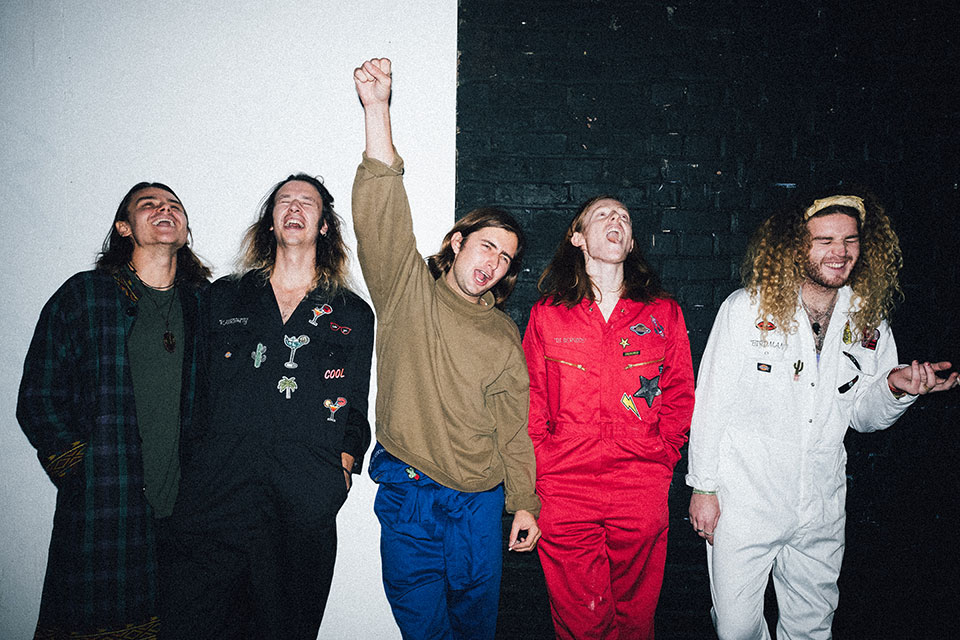 An exclusive on The Shakers’ surreal new video for Get Me Down is the latest single from this South London indie disco quintet set for release on 10th August. The release will be celebrated with a launch party at East London’s MOTH Club that night. Taking influence from the likes of Primal Scream, Jungle & The Strokes, Get Me Down is an infectious slice of disco indie.
Comprised of long-time friends, The Shakers are a 5 piece Disco Rock band from South London . On August 10th they release their new single Get Me Down, through their own label Infinity Cactus Records .

The band’s previous single White Leather saw The Shakers achieve some great things. Over the past year the band has headlined the Joe Strummer Foundation stage at Glastonbury Festival , sold out London’s The Lexington , appeared on an episode of Channel 4’s Emmy Award winning Catastrophe, feature on Spotify’s Fresh Finds and be chosen to have a vinyl exclusively pressed by HURD.

Get Me Down is an especially significant release for The Shakers as it is the first song the band will record, produce and release completely on their own. Taking the D.I.Y ethic to heart, the song was recorded on a converted ship in London and then mixed and produced in the singer’s living room. Taking equal influence from both Primal Scream and The Strokes, the song mixes the sounds of echoing 80’s synths , swirling guitar solos and catchy vocals that when overlaid with a large helping of funk filled bass creates the type of tune that will even get anyone dancing.

In this release, The Shakers have attempted to push the boundaries of their music and the way they want to make music. Within the lyrics of the song there lies the message that whatever problems you face, music can create an escape. Whenever life gets you down, you can always get down to some funky music. 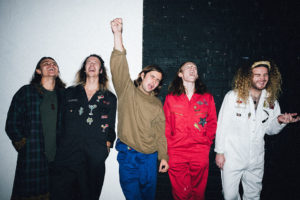