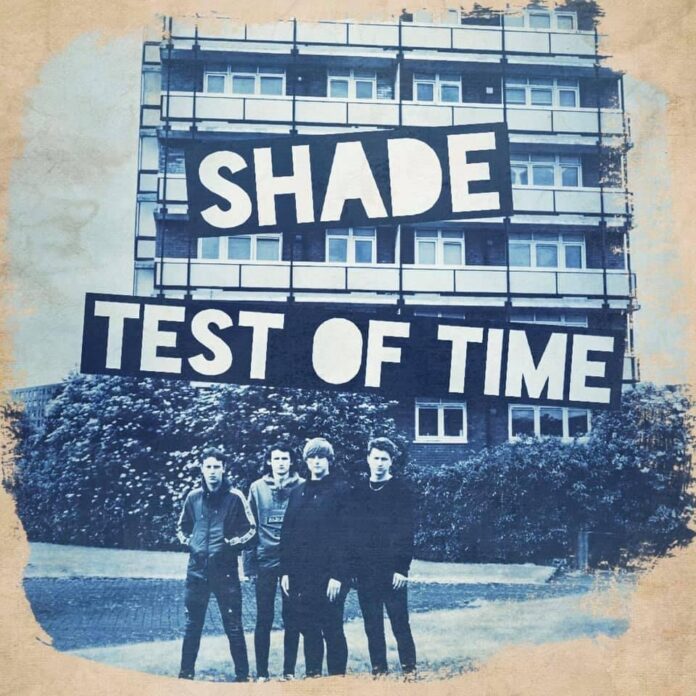 With talent beyond their years, the lads in SHADE have obviously been influenced by their parent’s record collections but they are forging their own sound, and with each release moving up a level. Test Of Time is another anthem in the making. Starting slowly it then goes from 0-60 in a blink of an eye. It’s got layers in it’s tempo and texture and a full on belter of a chorus along with a Slash style guitar solo, all wrapped up in a little over 3mins.

The track received it’s live debut a couple of weeks ago when the band headlined their first show in front of a crowd since early 2020 at the sold out Kanteena in Lancaster. Speaking to frontman Luke after the gig he enthused, “it felt amazing to play live again. I think we all felt a bit weird leading up to it but soon as we were on stage we all felt at home again”.

Specifically discussing the new release, he added, “Test Of Time is the perfect track for now. It’s about people coming together, especially as we’re out of COVID. People really to get together, especially in the Music Industry with all that’s happened with the small venues and artists”.

With a performance broadcast on Mark Radcliffe’s Showcase TV series, Live From The Edge and a sold out gig at Off The Square in Manchester set to come in August there’s a well deserved authentic buzz growing around the band. Right now the world needs a good natured, people’s band with good time anthems. SHADE are in pole position to deliver.