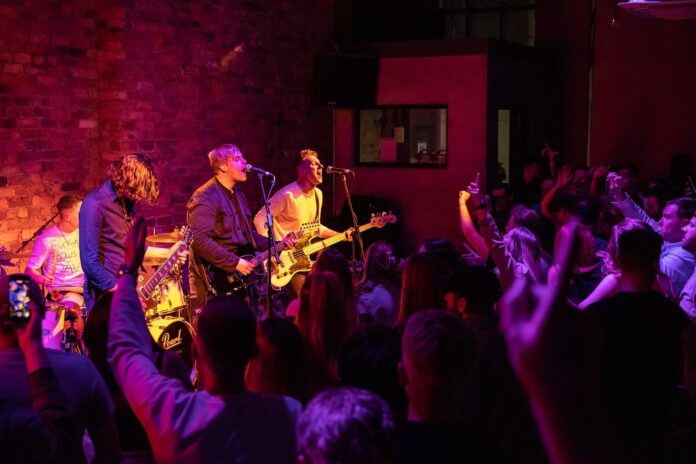 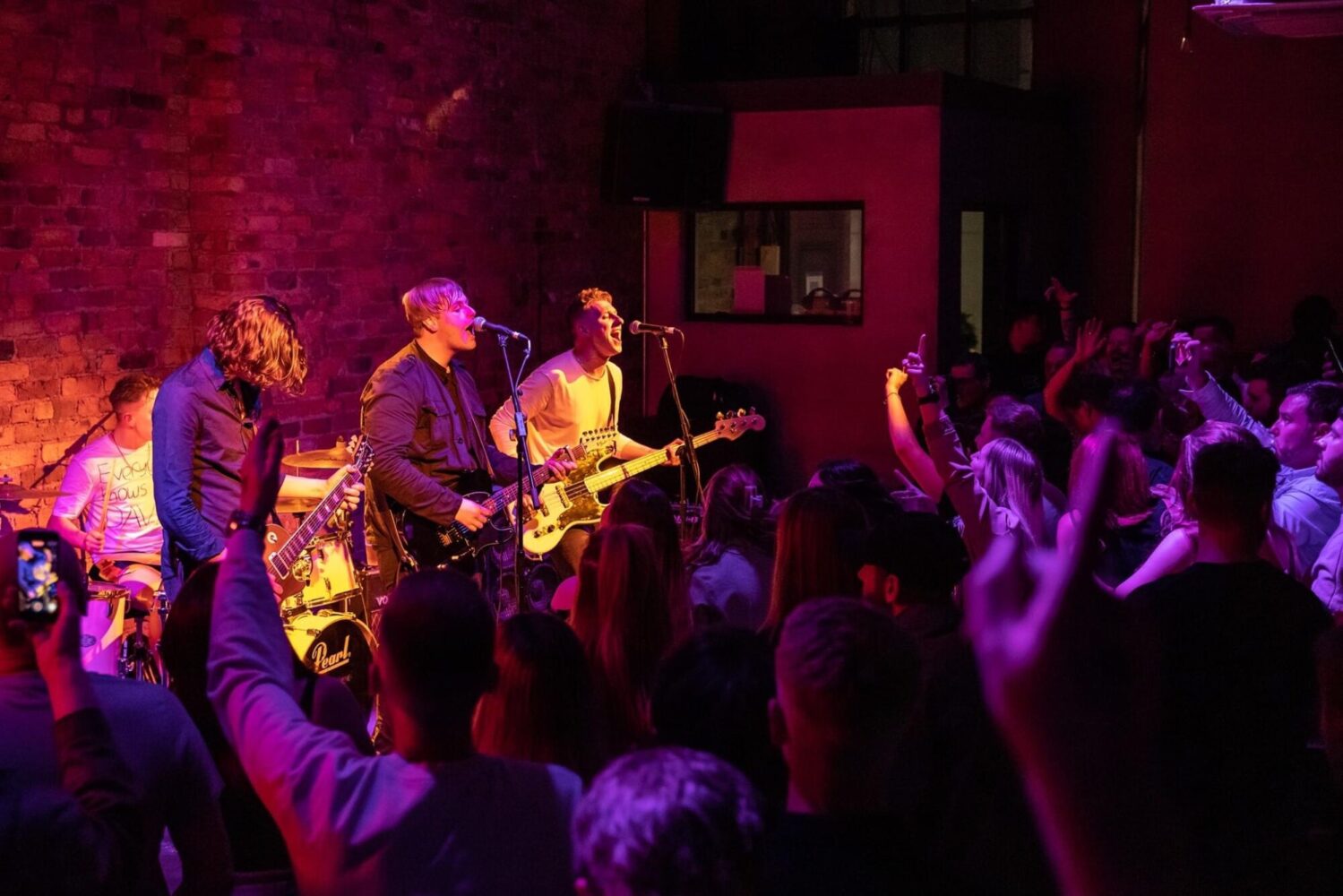 At the moment every gig feels like a celebration. Not sure if it’s ‘thank fuck we’re still alive’ or ‘thank fuck bands can play again’. Whatever it is, the gigs I’ve been to over the last few weeks have been really positive experiences. The audiences were all friendly, the bands and artists giving it their all. Tonight’s event at Off the Square is no different. A cracking line up put together by Manchester’s original IT Girl Georgina Robinson (manager of Babyflaxcko and co-manager of both SHADE and The Cold Water) and Anton Pell of Mancunia Presents.

Babyflaxcko – First up tonight at Off The Square, delivering some smoky Manchester soul is Beth White, AKA Babyflaxcko. You wouldn’t know it but she’s making her debut live performance tonight. The 21-year-old Sheffield born singer had been due to appear at Tramlines a couple of weeks ago but had to drop out, thus meaning her adopted city gets the honour instead. 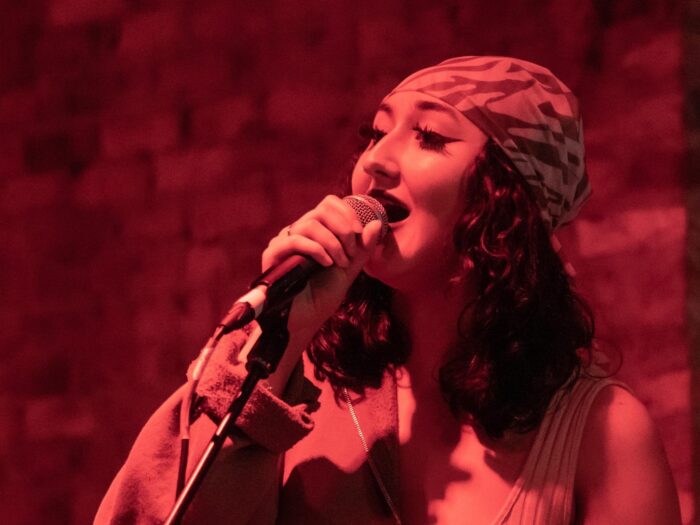 Beth is a natural and commands the stage. Confidently delivering 5 tracks supported by two guitars and some laid backbeats. It’s a very chilled start to the evening. Opening with 3 songs from her recent Emotions EP, Absent, You Got Me and Elevated it’s clear the girls got talent. It’s incredible tho think that she’s only decided on following a career in music when she was 19. She wears her influences on her sleeve, there are touches of Winehouse and Eilish in both presence and delivery.

Beth finishes with a couple of newer pieces, Fly and High On Life which are yet to be released, something I believe she plans to address in the coming months as she continues to write and records from home. Let’s hope there are more gigs to come as well.

The Good Water – Next, we have The Good Water from the West Midlands. They bring their tight, late 60’s Mod, R’n’B, trippy psychedelic vibe to proceedings. This is the popular 3 piece’s first visit to Manchester for a while, however, they have been out and about recently also playing in Birmingham and Finsbury Park.

Made up of Rob on Lead Guitar; Tom on drums and Stuart on vintage keys I can definitely hear a hint of their local legends The Move in their DNA, especially with their single Colours.

The band play a strong set which goes down well with us locals and their travelling fans too. Despite being familiar with the band previously tracks like Mansaid and Everything Is go down well; the latter especially. It’s a hypnotic, almost completely instrumental freak out which I could have listened to all night if there hadn’t been more bands to come. The band are currently working with Manchester legend Anthony Davidson. If that’s not endorsement enough, I don’t know what is. 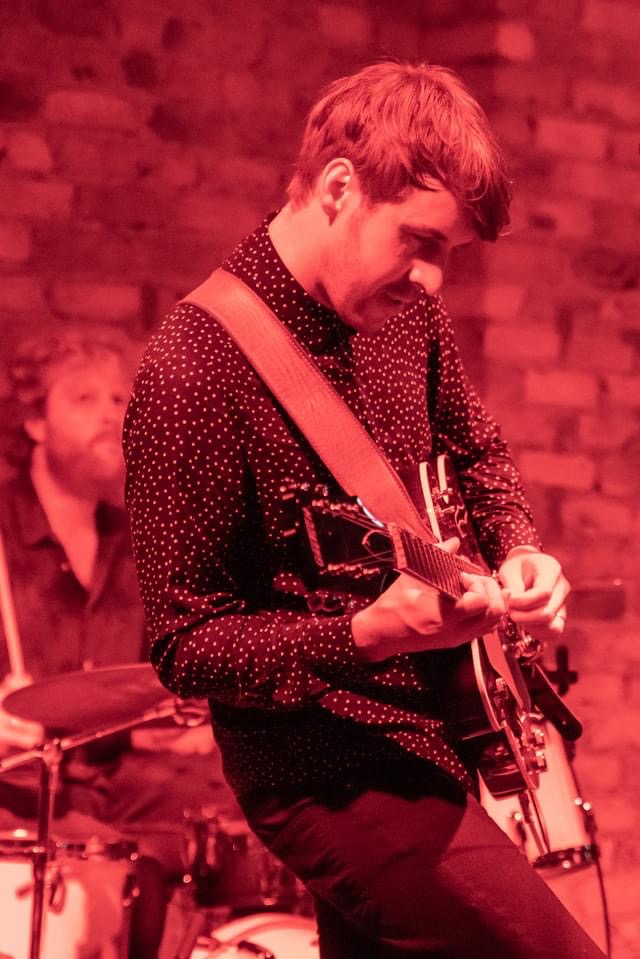 Afternoon People – Off The Square seems to fill up as the fresh-faced Manchester band take the stage. It’s almost as if North Manchester has decamped to the City Centre. Like SHADE, Afternoon People were quick out of the blocks to play live again, getting a gig at Manchester Academy under their belts; by the time you read this, they’ll have played at North Fest in Failsworth as well.

Tonight is special though and the band are playing to a partisan crowd. Incredibly, all the band are under 19 and display musicianship beyond their years. They are cool, assured and confident, especially frontman and guitarist, Finley Corcoran, who has a young Johnny Marr vibe/style to him. Their set packs some punch, featuring the recent single Corner Of My Eye and the next single Rules Of The Game. A great new Mancunian band who are well worth checking out.

SHADE – And then the headliners. This is SHADE’s first home town gig since December 2019, when they were one of the last bands to play Jimmy’s. Speaking to the lads beforehand they were predicting an ‘incredible night’ with a sold-out 200 crowd, but they couldn’t have guessed just how incredible it would be. This would be a celebration and homecoming if ever there was one.

There is electricity in the air as they take the stage, Luke and Adam rallying the crowd; not that it’s needed as they are every bit pumped up as the band. I saw SHADE a few weeks ago when they played in Lancaster at a socially distanced show, they were tight and on form. Tonight is a different class though. Throughout the set there is an added intensity. Oliver’s drums sound like he’s hitting harder than ever, while Adam is possessed by the spirit of Bruce Foxton, dancing his bass around the stage and delivering backing vocals. Luke’s vocals are taut and deliberate, meaning every word… and then there’s Ben, the guitar hero. Head down throughout the set playing lead guitar like he’s made a deal with the devil. I’m not sure if he can see the crowd through his hair, but they’re loving it. 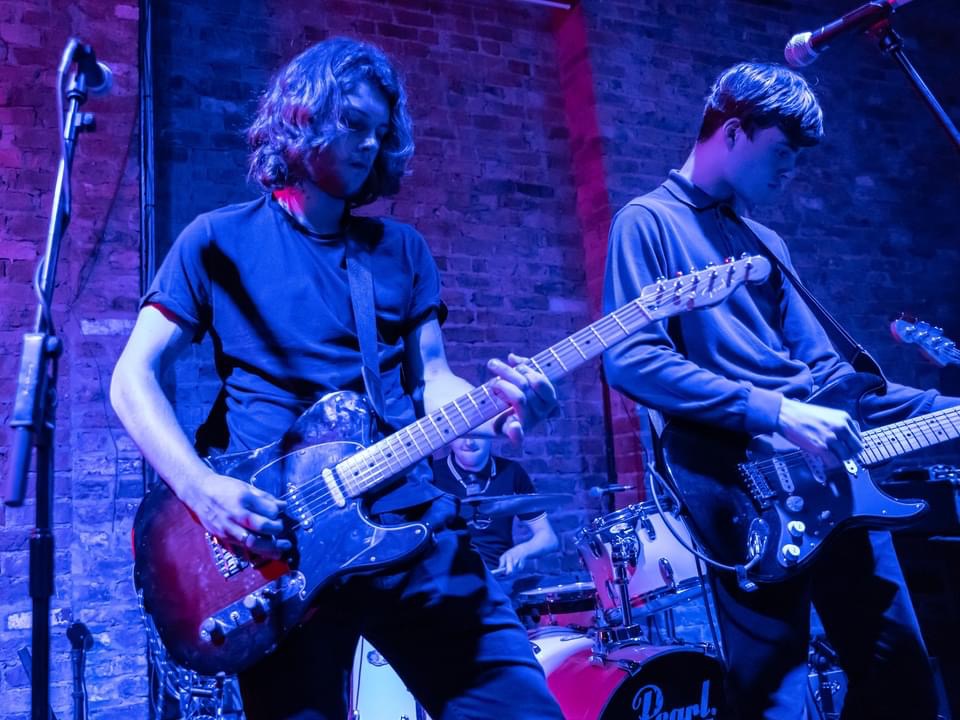 With a killer 45 min set SHADE show again why they’re ahead of the pack, their songs are defined and nuanced and, let’s be honest, Manchester bands don’t just write songs, they write anthems. Super Cars, Intersteller and Neverdie have the crowd singing as loud as the frontman. It’s spine-tingling life affirming stuff. Closing with Illusive Dreams, the crowd go mental, Adam manages to keep the rhythm going as he jumps in to join them. Sadly there is no time for any musical encores but the celebratory scenes as they leave the stage are more akin to the final whistle in a cup final victory.

Photos by Neil Winward, you can find him at his Facebook page here: