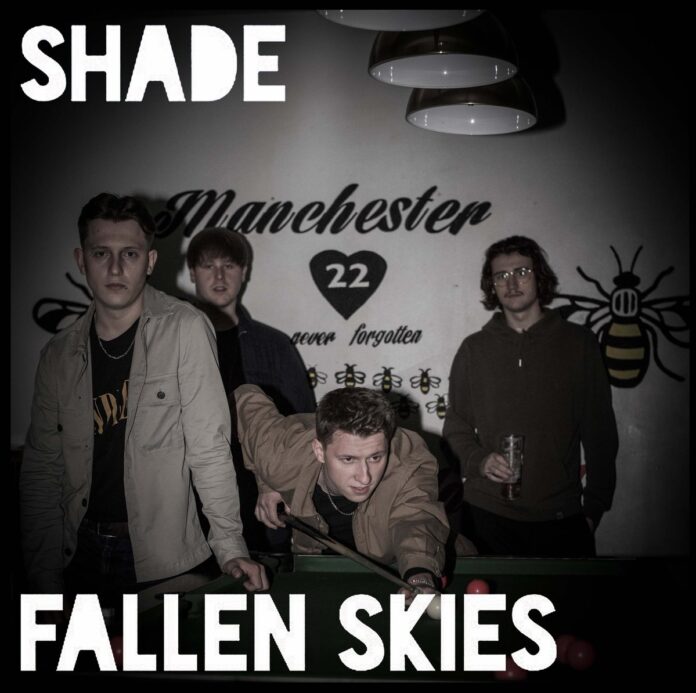 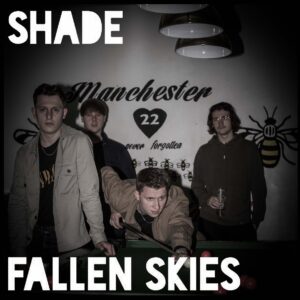 I sat down to watch the Champions League on BT Sport last week and I had to do the musical equivalent of a double take. Playing over the highlights package of the previous nights matches was this track, SHADE’s new and not yet released single. WTF? Fair play to the lads, BT picking up on them has come just a couple weeks after an earlier single, Head In The Clouds has been playlisted by British Airways for their ‘in flight’ playlist. (Sadly I found that out via Facebook and not jetting off somewhere exotic).

As with their last few releases Fallen Skies has been produced by Gavin Monaghan at Magic Garden Studio in Wolverhampton. Kicking off with a swagger and layered guitars it unexpectedly twists like you’re tripping, falling into a rabbit hole in a psychedelic dream. The track takes you on a journey, eventually restoring the natural order of things. Growing on each listen, it’s certainly the most ambitious piece the band have released to date.

Things have been really happening for SHADE of late, they’ve been attracting new fans after supporting Rag & Bone Man at Lancaster’s Highest Point Festival and Liverpool Sound City. Next up the band headlining at Manchester’s Night & Day on Saturday 9th October, which will if their last gig in their hometown was anything to go by is gonna be a belter. It’s practically sold out but there may be some tickets left here if you’re lucky! 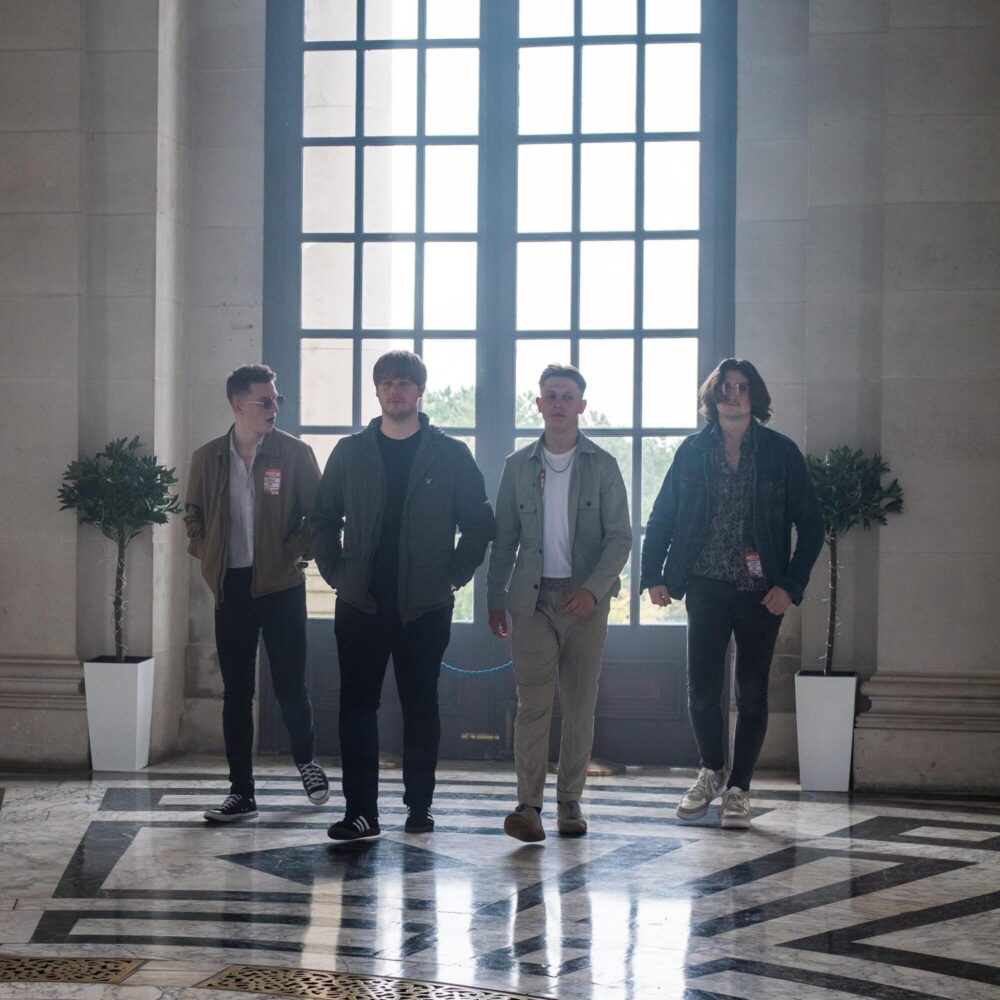