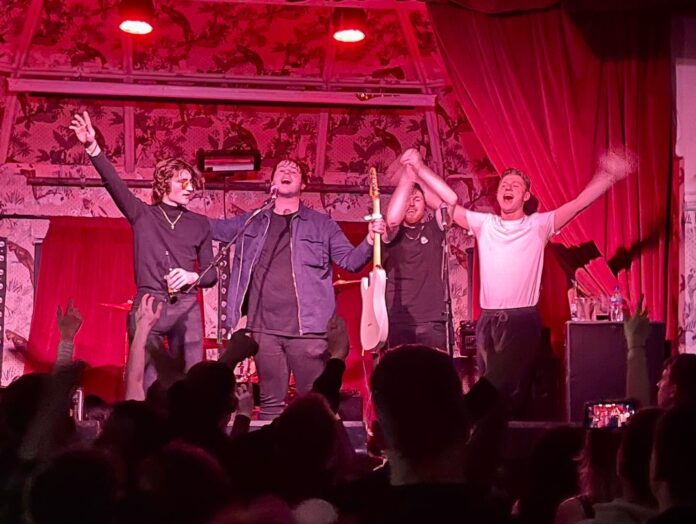 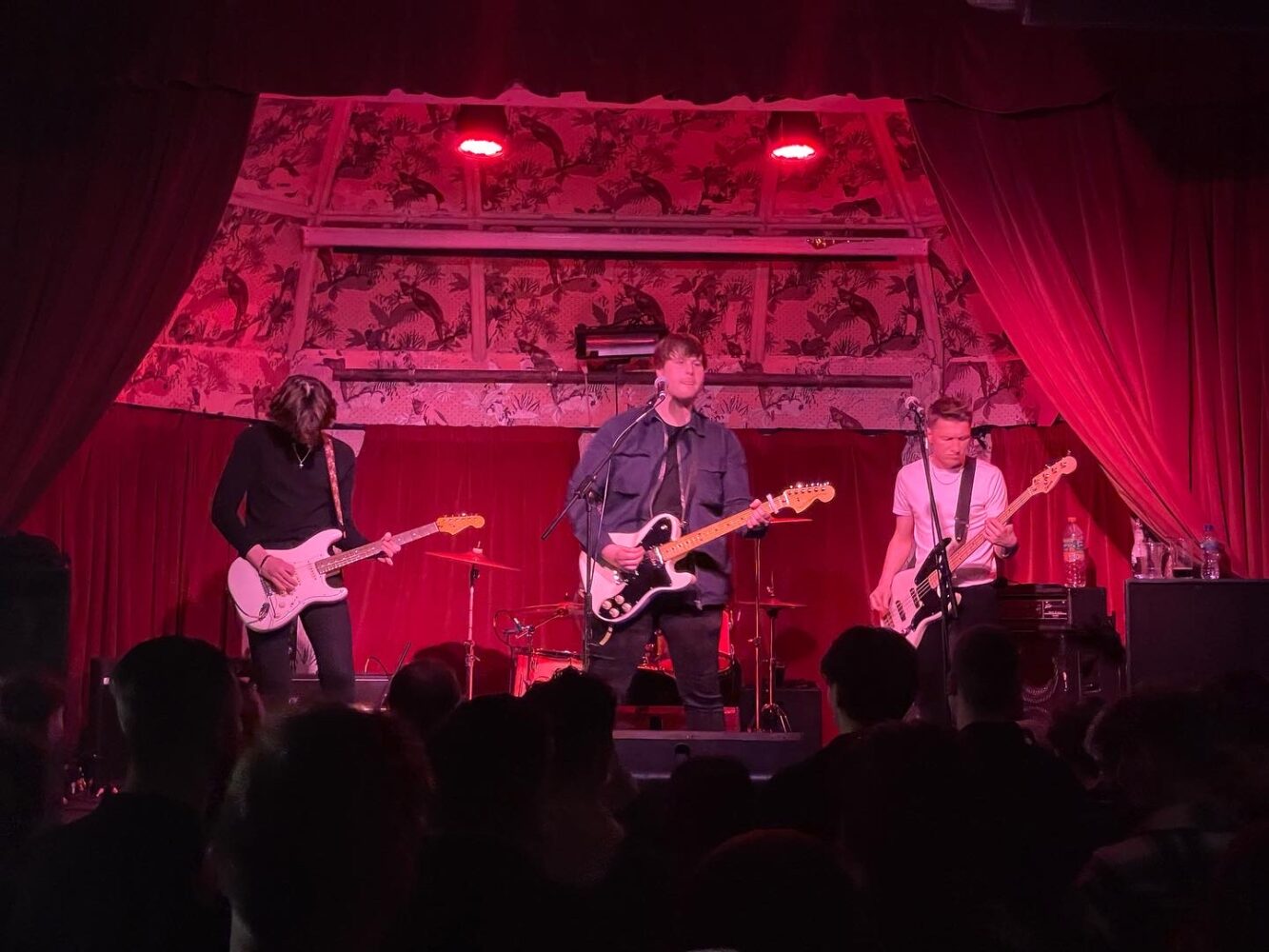 SHADE, the hotly-tipped Manchester quartet play their first gig of 2022, their biggest to date, following the release of recent single Illusive Dreams.

The last time I saw SHADE was back in October at a sold-out Night And Day, it felt like a celebration and a fitting finale to 2021. (Unfortunately, I missed the Christmas Party at 33 Oldham Street, but am holding out for a Christmas EP at the end of 2022). Tonight, there is an air of anticipation; since their last gigs there has been a line-up change, with Dylan Murphy joining on drums.

When I spoke to the band on my Louder Than War Radio Show they said they’d been practising practically every night for the last few months, getting the performance tighter and working on new songs. Tonight is the big reveal, will the hard work have paid off? I’ll not leave you hanging, of course it bloody has…

Tonight we’re treated to a band moving to the next level. There are tweaks to the existing set, more dynamics in the sound, and lead guitarist Ben, the only person in the room not breaking into a sweat, has had a haircut. Already a very accomplished musician, this evening he’s channelling Johnny Marr circa 1983.

Kicking off with Fallen Skies, the band’s natural swagger comes to the fore,  followed by the new track Could’ve Been. The lads aren’t scared of mixing things up as they start up for former single, Test Of Time – it’s great to see them firing on all cylinders and clearly enjoying it.

The band play their second new song of the night, A Little Time – it’s got more of a four to the floor beat to it and has the crowd bouncing, it’s got dance mix stamped all over it. Bass player Adam is enjoying it, switching between pouting and smiles as he plays. Head In The Clouds and Jump Into Heaven follow, with Luke’s vocals sounding richer. It’s a magical moment though when he stops singing during the latter and the crowd take over.

Sadly we’re past halfway in the set now, but anyone who has followed the band will know there are some (as yet unreleased) belters still to come. Super Cars builds slowly with the drums more pronounced. It’s anthemic and has the audience holding their arms aloft. I Can’t Sleep is a newer addition to the set which has developed over the last 9 months or so. Tonight it’s got more depth, more dynamics, rather than a full-on assault. My favourite track Interstellar comes next, with an extended introduction from Ben. It builds slowly and again has the audience joining in. It is the calm before the storm however as they ‘close’ their set with llusive Dreams which has the crowd whipped up into a frenzy.

The lights dim on stage but there’s no way they can leave it like this. Chants of ‘one more song’ begin and the lights come back on. No point walking off to come back on as we know what’s coming next. Neverdie was the band’s first release and is loved by all. In the past, at the song’s close, after welcoming the applause SHADE would reprise the chorus. Tonight they stand up/put down their instruments and move to the front of the stage, with the crowd singing the refrain back to them amongst the cheers.

If there is any justice 2022 will be the year Manchester will lose one of its best-kept secrets. With several festivals planned the band are set to fly and flourish. Tonight is a special night, I for one am looking forward to the next time already when they return as conquering heroes. 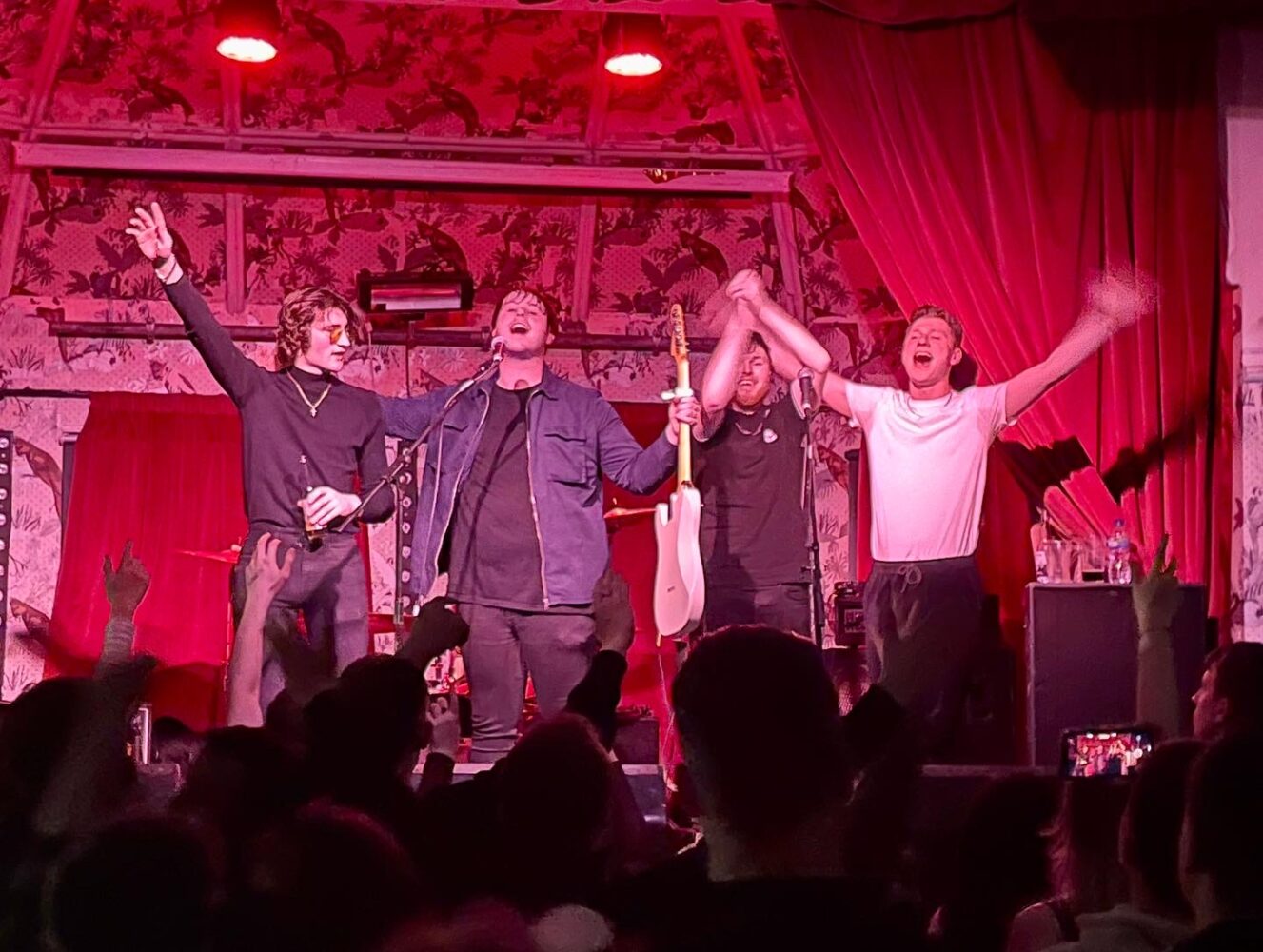