Home Music Reviews Album Reviews Shabaka And The Ancestors: We Are Sent Here By History – album... 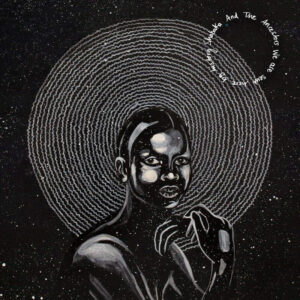 Shabaka and the Ancestors – We Are Sent Here By History

Our extinction as a species is a-coming and this is the soundtrack that will accompany it. It’s dark and foreboding, it’s a sonic maelstrom. And all performed by a group of musicians who will blow your minds. Gordon Rutherford reviews.

Is there a harder working man in show-business than Shabaka Hutchings? Not only does the British-Barbadian rank alongside Kamasi Washington as one of the primary torchbearers of jazz in the modern age, he’s also a very busy boy.

We Are Sent Here By History is his second album fronting the Ancestors. Hutchings somehow manages to fit this project in alongside leading 2018’s Mercury prize nominated Sons of Kemet and playing an integral role as a member of The Comet is Coming, who were also nominated for the Mercury in 2016.

Legendary jazz imprint, Impulse, are behind this release. That’s the label behind John Coltrane’s A Love Supreme and prime cuts from the likes of Sonny Rollins and Charles Mingus.

Those are pretty good credentials, which are further enhanced by this project with the incredible Ancestors. Sure, Hutchings is a rare talent, but the rest of the band, comprising a stellar cast of South Africa’s finest jazz musicians, merit equal billing on this slice of vinyl.

Together, Shabaka and the Ancestors bring a different vibe than Shabaka Hutchings’s other projects. If Sons of Kemet’s blistering album, Your Queen Is A Reptile, is the height of the party, then We Are Sent Here By History is the comedown. It’s all moody and foreboding, nagging at you in the wee small hours that there’s a price to pay when the denouement comes.

This concept album has a real end-of-days feel. The artists described it as a ‘continuous sonic poem’ about humanity’s inevitable extinction. Hutchings shared writing duties on this album with the poet and performance artist, Siyebonga Mthembu. Partly singing, partly chanting, partly speaking and alternating fluently between Zulu, Xhora and English, Mthembu brings an other-worldly atmosphere with his incantations and prophesies of doom.

The overall feel of this collection is one of dark inscrutability, a veritable fusion of pulsating rhythm and electrifying horns. Infused with Mthembu’s shamanic chanting, it mesmerises you and draws you into the centre of the vortex. It’s the soundtrack to the end of the world, which is pretty poignant at the time of a global pandemic.

Collectively, the Ancestors bring a real taste of Africa. There’s a looseness and suppleness about the grooves, built upon a rhythm section as fluid and potent as molten lava. Afro beats pulsate and relentlessly drive the music onwards. And over the top of it all we have Hutchings’s lascivious licks.

The intention is clear from the get-go. Straight off the blocks flies the opener, They Who Must Die. On this ten-minute long call to arms, Mthembu urgently stresses that it’s “African time”. This leads into You’ve Been Called where Mthembu’s vocal seems more reserved as he speaks over an electronic backing that sounds like water dripping in a cavern. But it’s far from reserved. He is actually letting us know that they have “Burnt the bills, burnt the mortgage, burnt the student loans, burnt the life insurance/An act of destruction became creation”. It’s calmly delivered, yet apocalyptic.

It goes without saying that Hutchings’s tenor and clarinet lines are magnificent throughout, as he rides the crest of the rhythm section and the electric piano. And the way he spars and swaps licks with alto sax player Mthunzi Mvubu is a joy to behold. They are like a pair of playful pipistrelli, particularly on the relentless groove of Run, The Darkness Will Pass.

However, the star of the show for me is double bassist Ariel Zamonsky and his sinuous, reverberating lines. On the opening track, They Who Must Die, his playing defies the law of human possibility as he navigates the neck with frightening dexterity.

On We Will Work (On Redefining Manhood), Zamonsky’s double bass transforms the track when it introduces itself with aplomb. It is more potent by virtue of the fact that it has patiently waited for a full one minute and forty-four seconds before arriving, leaving the stage free for the pounding African rhythms and Mthembu’s imploring call. A mere sixteen seconds later, Hutchings’s clarinet soars in. Those moments elevate what is a great album into the stratosphere.

Of course, it’s not all darkness and shadow. Woven into the tapestry are rays of light that will make your heart sing, particularly the beautifully melodic Finally, The Man Cried and the Coltrane-esque Behold, The Deceiver.

In many ways, I’m reminded of Miles Davis’ seminal work, Bitches Brew when I listen to this album. At first I couldn’t quite figure out why. It’s certainly not as out there or psychedelically acid-tinged. But it’s got that spark of innovation, that energy, that edginess where you are constantly waiting to see what unfolds. Then I discovered that Hutchings had adopted the same approach in the studio as Davis. He placed his trust in the Ancestors, facilitating improvisation around the themes as they recorded the tracks. This approach gave the band a platform on which to perform and soar. That’s where the creativity springs forth, that loose feel of a group of superbly skilled musicians taking the tune where they feel it should go.

In summary, it’s an album that is deserving of a much wider audience than a typical jazz release would get. It has the energy of punk and the soul of Marvin Gaye. It has the beats of Fela Kuti, the sheer exuberance of Sly Stone and the DNA of Miles Davis.

Every two years Shabaka Hutchings gets a Mercury nomination for one of his projects. Given their South African roots, I’m not sure that the Ancestors will qualify for 2020’s award, but justice will be done if We Are Sent Here By History is recognised. Few who listen to this album will dispute that it will be well deserved.

Shabaka Hutchings can be found online here. He can also be found on Twitter.

Impulse Records can be found here. They are also on Twitter.