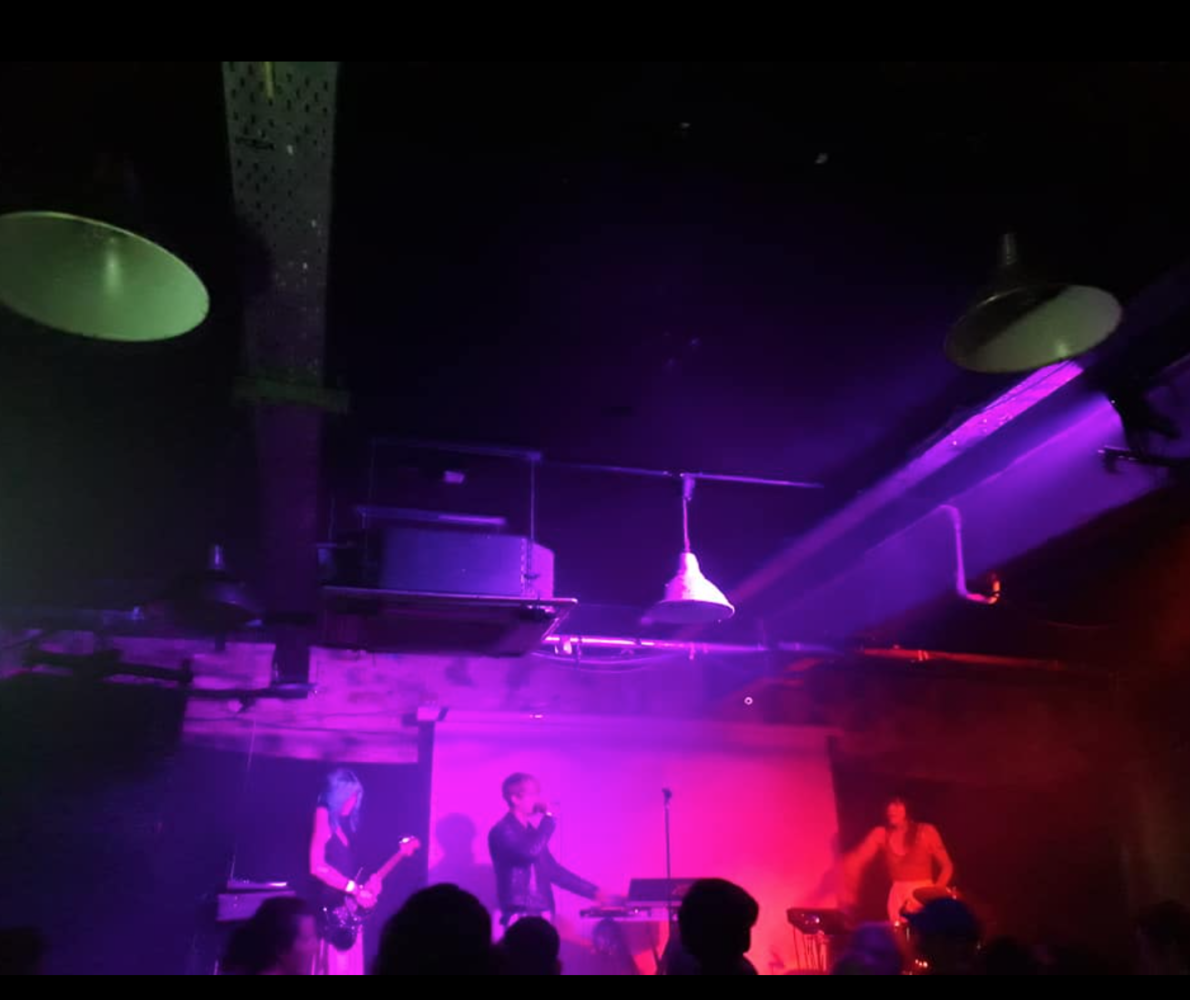 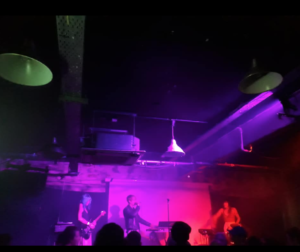 Some music thrives on danger.

From LA, of course, a city that embraces these dark energy adventures, Sextile have that whiff of the late night rush of heady thrills in their slapbacked reverbed noise and digital rush.

There are moments during the set when they sound like the perfect band. They somehow combine the sex and menace of 1977 Suicide with their throbbing Korg pulses, the danger of the early Cramps with that slapback vocal thing, and the groin exchange pumping of DAF in a powerful sonic skree that is part noise and part heavy dancefloor digital action. There is death disco, primitive punk rock, the strum and clatter of Metal Urbaine, the pulsating code of Joy Division’s Heart and Soul, the adventure of Daniel Ash and the twisted noise electronics of Cabaret Voltaire.

There have been some changes since they last breezed through town six months ago – the former four-piece is now three with a new guitar player on board but the rudiments of what made them great then have been honed to a perfection. Those pulsating Korgs, the guitar flesh, the stripped away caustic noise dynamics and frontman, Brady Keehn’s twitching presence and spooked spectral vocal thing and drummer Melissa Scaduto’s pounding tribal assault.

This is a 21st Century Goth/darkwave/industrial or whatever shoddy term you want to slap on it. Sextile may be swimming against the tide of what the cognoscenti consider to be cool in the UK but the people know that this kind of dark, flickering thrill is where it is at and that there is a new hip out there in these scuzzy venues and that it’s only a matter of time before Sextile break out.

The sex reptile Sextile are very much the now.