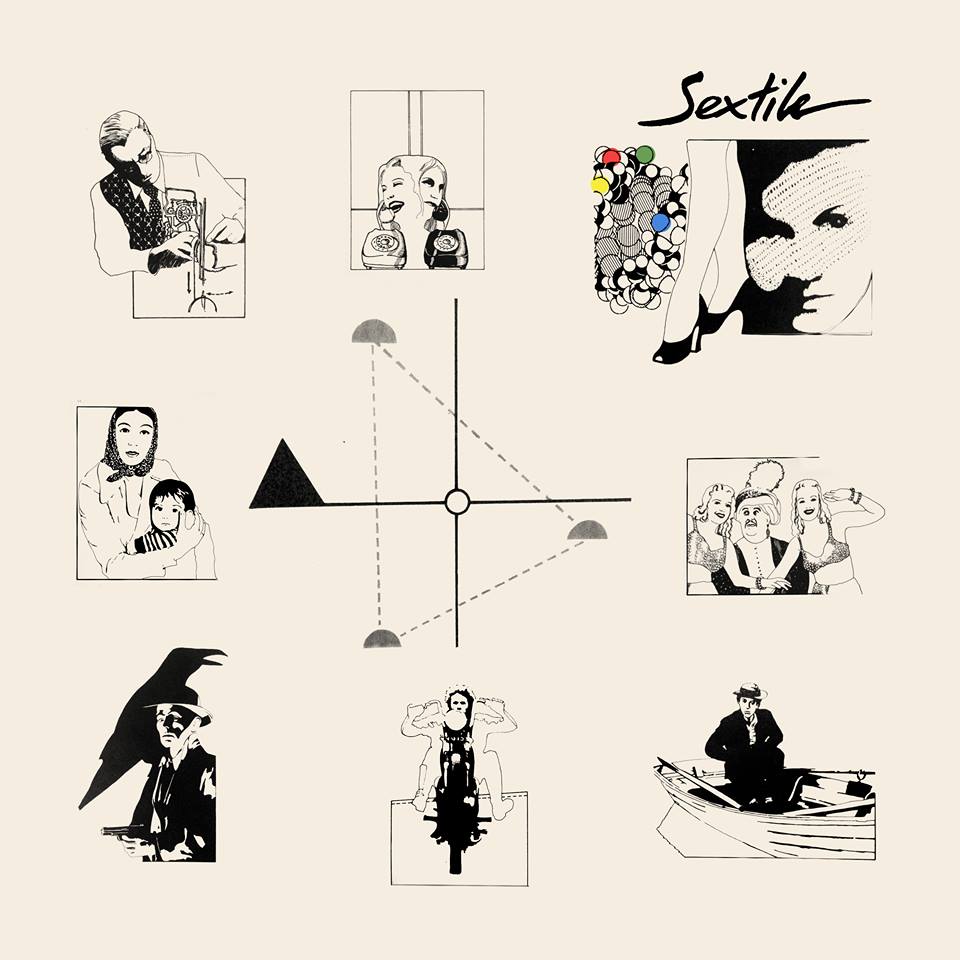 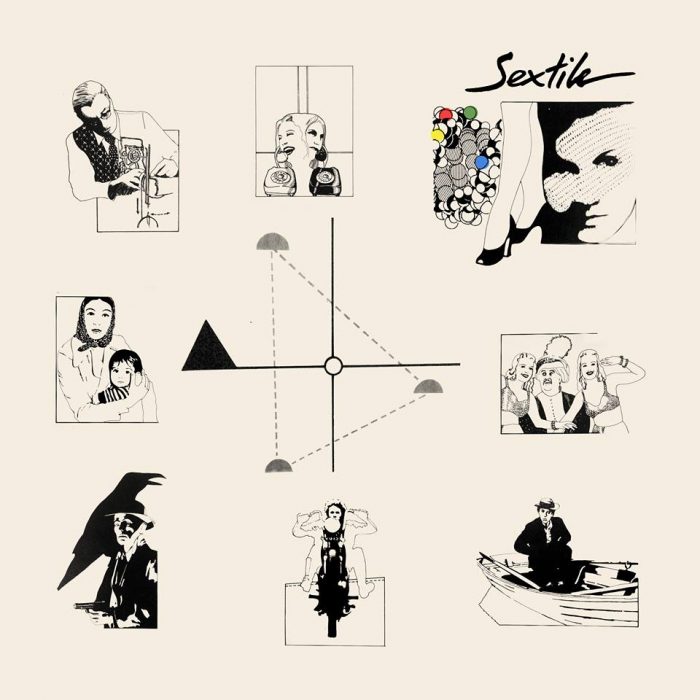 Despite a less than glowing review of their debut back in August 2015, LA trio Sextile sent Ged Babey their new album… the world is now ready for their synth-punk guitar-screamo he seems to think.

When the opening track sounds like something halfway between Jesus Built My Hot-Rod (Ministry) and Sex Unter Wasser (D.A.F) and yet still sounds exciting and new and like nothing else currently around, well, you know you’re listening to a great album.

Sextile have come of age.  Hypertense and hypnotic, dark and vitriolic, primitive and retro/modern. They sound like the underground in America should sound in 2017.  Angry, fucked-up, yet with a plan…

‘Ripped’ sounds like a Giorgio Moroder track playing on a ghettoblaster – being fed thru a meat-grinder – whilst being shot at by a squelchy-sounding ray-gun, just as a racing-car accelerates… and the chorus is “Death to the Fascists..”. Yeah, might sound ludicrous in print, but have a listen.

‘Who Killed Six’, front man Brady Keehn  says is about his first synth – the Korg Polysix – which ‘died’ when he was writing the song; hence the name . “When it came time to write lyrics, I wanted to tie in similar words that are descriptive of electronics with my view on our social, economic and political climate.”

‘Situations’ is almost pop-music. Like the B52’s from Hell, or Devo on smack…. scrub that last one, but the band actually sound like they are having a bit of fun at the exorcism.

Das Cat is an inadvertent echo of A Different Kind of Tension by Buzzcocks with great Mo Tucker style drumming.

There are no 4/4 time signatures or blues scales on this album.  it is Post-Rock’n’Roll Anti-Matter. The electronics and guitar-noise battle it out still, but on this album there is more strategy than freeform chaos.

The reference points are still their from Suicide to DAF, no-wave to minimalist synth and Digital Hardcore even – but Sextile have found their own identity and a niche where they are the fucked-up royalty.

The cover art is the most striking I’ve seen all year too.

I don’t think I was wrong to be a bit dismissive of their first album… but I know I’m right when I say this is one of the best albums I have heard this year to have come screaming out of the USA.