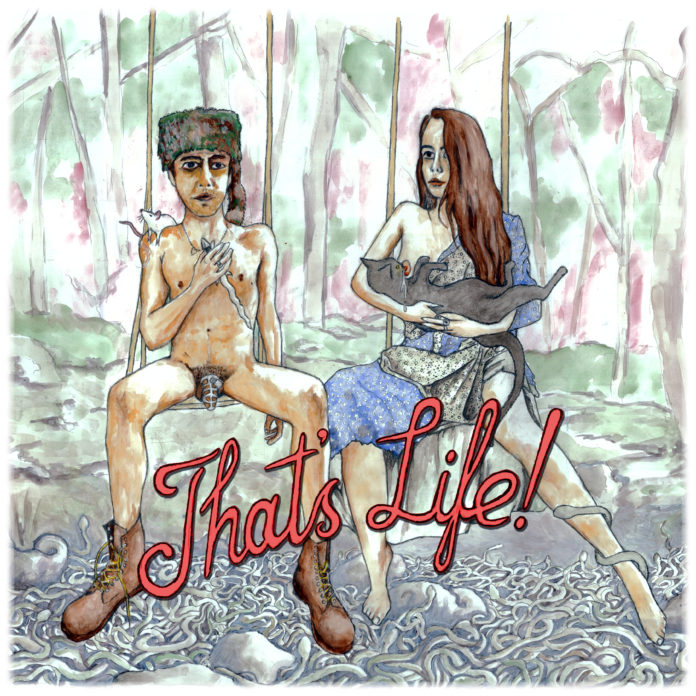 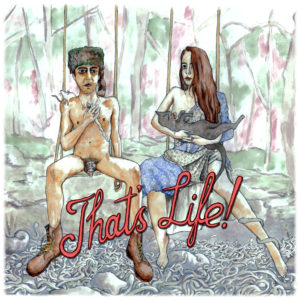 Produced by Dave M Allen, Christoph Skirl and SEX CELLS and recorded at Echo Zoo Studios in East Sussex, up first is Shimmer – despite the light-associated title the albums opening track starts with a deep sense of foreboding with the bassy droning repetition getting you hooked in a slightly subliminal way. With its heady mix of punk punchy vocals over dirty electro beats, if this was on a soundtrack to an edgy teen drama it would give you the  hint that a minor side kick was about to come a cropper by OD-ing  at a squat party they had been warned about turning up at.

The second track Deranged is much more upbeat, straight off the start line it introduces dance beats and a plethora of siren sound effects which builds throughout the track. The unrefined dual vocals work well against the stark drum beats and bass. Kilda and Vincent’s voices blend well together in an XX way with the added allure of sounding like they had a much more eventful childhood instead of just sitting there watching things on VCR. With an ear worm-worthy hook and chorus, this is easily my favourite track of the album.

We’re Still Breathing brings out a techno-tinged Joy Division feeling with Kilda taking the lead, much more subdued after the previous track, but as an album it comes across as a full piece of work that has been carefully curated for rises and falls with a truly bipolar effect. Human Costume bounces straight back in and Vincent takes over with a speed induced 8 bit chip tune-esque backing track with shouts and squeals over the top. One of the greatest attractions of SEX CELLS for me is their unpredictability, I never know where they will steer their sound to next. The album is just full of infectious unexpected twists and turns made possible by imaginative drum and synth layers and outside of the box vocals.

Cruel Design again hypes the drum machine and synths up a notch dragging you into a club night at 3am when you’ve entirely forgotten your own name or what’s going on, when repeating the same mantra lyric is more relevant and likely to be remembered, there is little need to compose fully formed verses and a chorus. The sounds become the leaders in the melody and the random words just another instrument that’s added into the fascinating mix.

Fortrees initially channels Death in Vegas in a more stripped-back form, then crescendoing into a mess of pedal effects and indecipherable lyrics, which somehow still manage to soothe and entertain you at the same time.

Final track Hang The Flowers is all too brief and plays us out of the EP with a haunting minor-toned melody. I really hope that’s an actual melodica in there and not just a fancy Casio keyboard setting, because if it is that would be the cherry on this beautifully bittersweet iced cake.

All words by Jo Lowes, you can find her archive here.